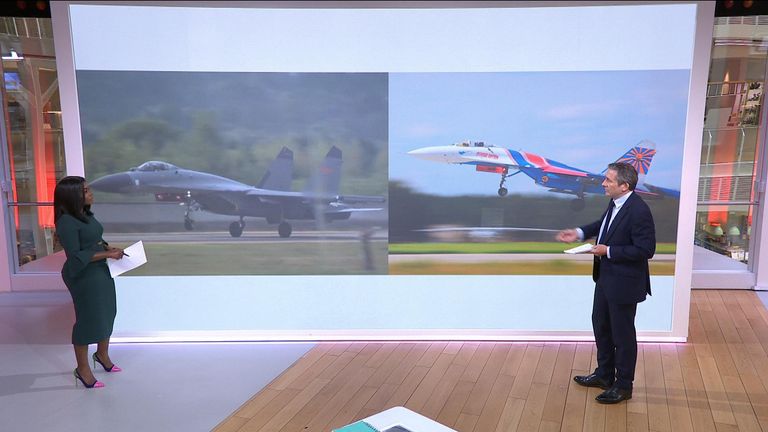 China has recruited dozens of former British military pilots to teach the Chinese armed forces how to defeat western warplanes and helicopters in a “threat to UK interests”, officials have revealed.

One official said some 30 mainly ex-fast jet but also some helicopter pilots – lured by annual salaries of around £240,000 – are currently in China training pilots for the People’s Liberation Army, in what a defence analyst described as a stunning breach of security.

A retired senior Royal Air Force officer said: “Wow… that is appalling. What were they thinking?”

Beijing is actively trying to hire many more serving and former military pilots and other specialists from across the RAF, the Royal Navy and the British Army as well as personnel from other western nations, the western official said.

The situation is so grave, the Ministry of Defence’s Defence Intelligence service on Tuesday issued a “threat alert” to warn serving and former military personnel against such approaches.

China is using third-party head-hunters, including a company based in South Africa, to target personnel, the western official said.

The official named the company as the Test Flying Academy of South Africa, though stressed it had no connection with the South African government.

Sky News has contacted the firm to request a response to the allegation.

The western official said the recruitment schemes posed “a threat to UK and western interests” and were viewed with “concern and disapproval” by the government.

Despite the potential for harm to national security, the UK appears to have been powerless to stop the recruitment schemes or to force the former service personnel, who have accepted jobs in China, to return home – beyond appealing to them.

The official said it was not thought that anyone had breached the Official Secrets Act – which would be a criminal offence.

The Ministry of Defence said it was working to make it much harder for China to poach British military talent.

“We are taking measures to dissuade current and former pilots from being recruited, and we want to avoid any perception by China that our previous silence on this matter is misinterpreted as our acceptance or approval of this activity,” the western official said.

China faces a ‘steep learning curve’ when it comes to possible military combat says the former director of operations at the Ministry of Defence.

‘It is certainly more than a trickle’

The spike in recruitment has been identified since around the end of 2019 at the start of the COVID lockdown.

Officials were unable to immediately say the total number of former British military personnel who had ever been hired to work for the Chinese.

They were also unable to give a figure for how many current and former personnel are actively being targeted right now, but said: “It is certainly more than just a trickle.”

No identities were given of the former British military pilots who are already working in China, but officials said a number of them were in their late 50s and had left the military a number of years ago.

“Without us taking action, this activity would almost certainly cause harm to the UK and our allies’ defence advantage,” the western official said. 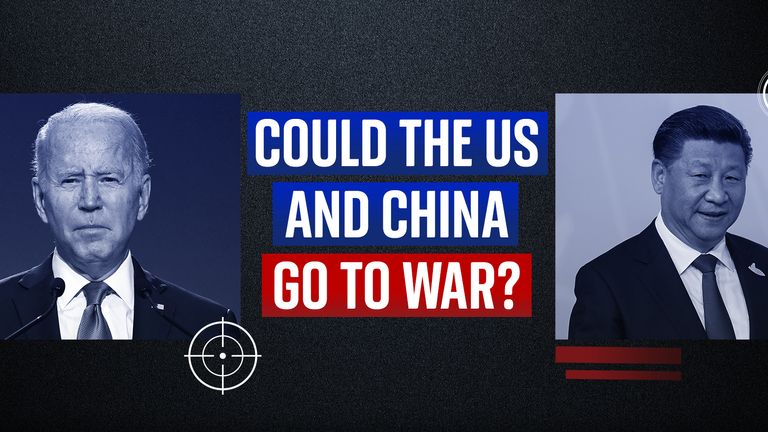 What is China trying to achieve?

China is seeking pilots with long-experience of flying British and other NATO warplanes, including the Typhoon and Tornado fighter jets and the Harrier jump jet – which used to operate off British aircraft carriers, to teach its pilots how best to counter their capabilities, the western official said.

“It’s really the Chinese having an understanding of what the latest generation of tactics and approaches and capabilities would be, were the Chinese military to get into situations coming up against those types of assets.”

This also included British military helicopters such as Wildcat and Merlin.

It is understood that China has attempted to recruit former pilots who have trained on the top secret, US-led fifth generation, F35 fast jet.

The official said it is thought such efforts had so far been unsuccessful. These aircraft – each one worth more than £100 million – use highly sensitive stealth technology developed jointly with the United States and are a prime espionage target.

What is the UK doing to stop former pilots being recruited?

In a bid to make it harder for China to lure more pilots, the Ministry of Defence said efforts are underway to tighten security legislation and employment contracts.

“All serving and former personnel are already subject to the Official Secrets Act, and we are reviewing the use of confidentiality contracts and non-disclosure agreements across Defence, while the new National Security Bill will create additional tools to tackle contemporary security challenges – including this one.”

Read more:
UK needs bigger army
Army ‘woefully behind’ and must do better for women
‘A rehearsal for war’

“As such, we have got British subjects who have decided that their interests are best served by teaching our enemy how to defeat us. This is incredibly frightening.”

The revelations emerged as new legislation is being introduced to parliament on Tuesday to toughen the UK’s oversight of individuals and companies that work for hostile states or foreign entities and try to influence domestic politics.

As an amendment to the National Security Bill, the Foreign Influence Registration Scheme will require anyone who is hired by a foreign government to declare their activity or risk prosecution as part of efforts to clamp down on espionage and malign influence operations.

The head of MI5 said: “The UK is in strategic contest with states that seek to undermine our national security, democratic institutions and commercial advantage at an unprecedented scale. We need new, modern tools and powers to defend ourselves, proportionately but firmly.”

Flooding forces hundreds from their homes in New Zealand