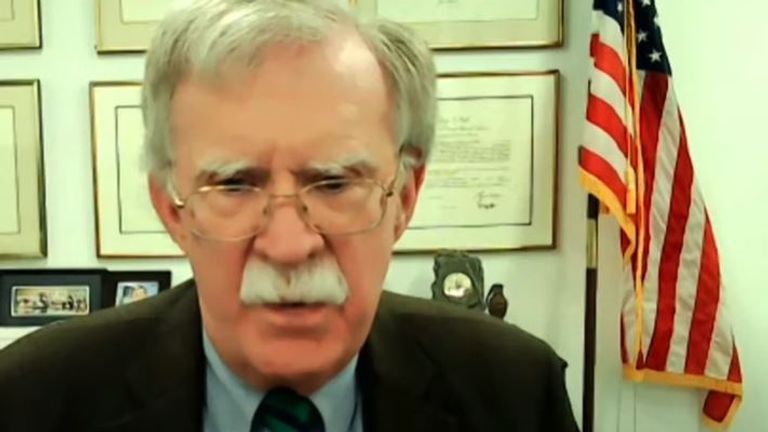 Tactical nuclear weapons are designed to be used on a battlefield.

John Bolton, a former US national security adviser and ambassador to the United Nations, said that the Russian president is in “greater trouble than at any point since the invasion”.

Discussing the Russian “annexation” of four occupied areas in east and southern Ukraine following a series of referendums described by Kyiv and the West as a “sham”, Mr Bolton said: “Obviously he (Putin) thought it would be a morale booster for Russia, (that) it would help lay the groundwork for future borders with Ukraine.

“But the fact is, at least according to Putin’s view of the world, fighting is now taking place on the ‘soil of Russia’ and the Russian military is not doing very well.”

Mr Bolton added: “So I think without question that increases Putin’s domestic difficulties in regular Russian politics and makes it somewhat more likely that the use of a tactical nuclear weapon might be possible.

Read more:
Nuclear strike could become more appealing for Putin
Bittersweet victory in Lyman as battle has come at a significant cost to civilians

“Because with ‘Russian soil’ itself affected I think Putin could see that as regime-threatening, which would be the circumstance when use of a nuclear weapon would be more likely.”

When asked what the US response might be, Mr Bolton said: “I don’t think it needs to be nuclear, depending on what the Russians actually do.

“But I do think we should say it would be Vladimir Putin signing a suicide note if he authorised even a tactical nuclear weapon.

“It’s very important that we deter the use of a nuclear weapon.

“Otherwise the lesson that would be learned in China, Iran, North Korea, would be exactly the wrong lesson.”