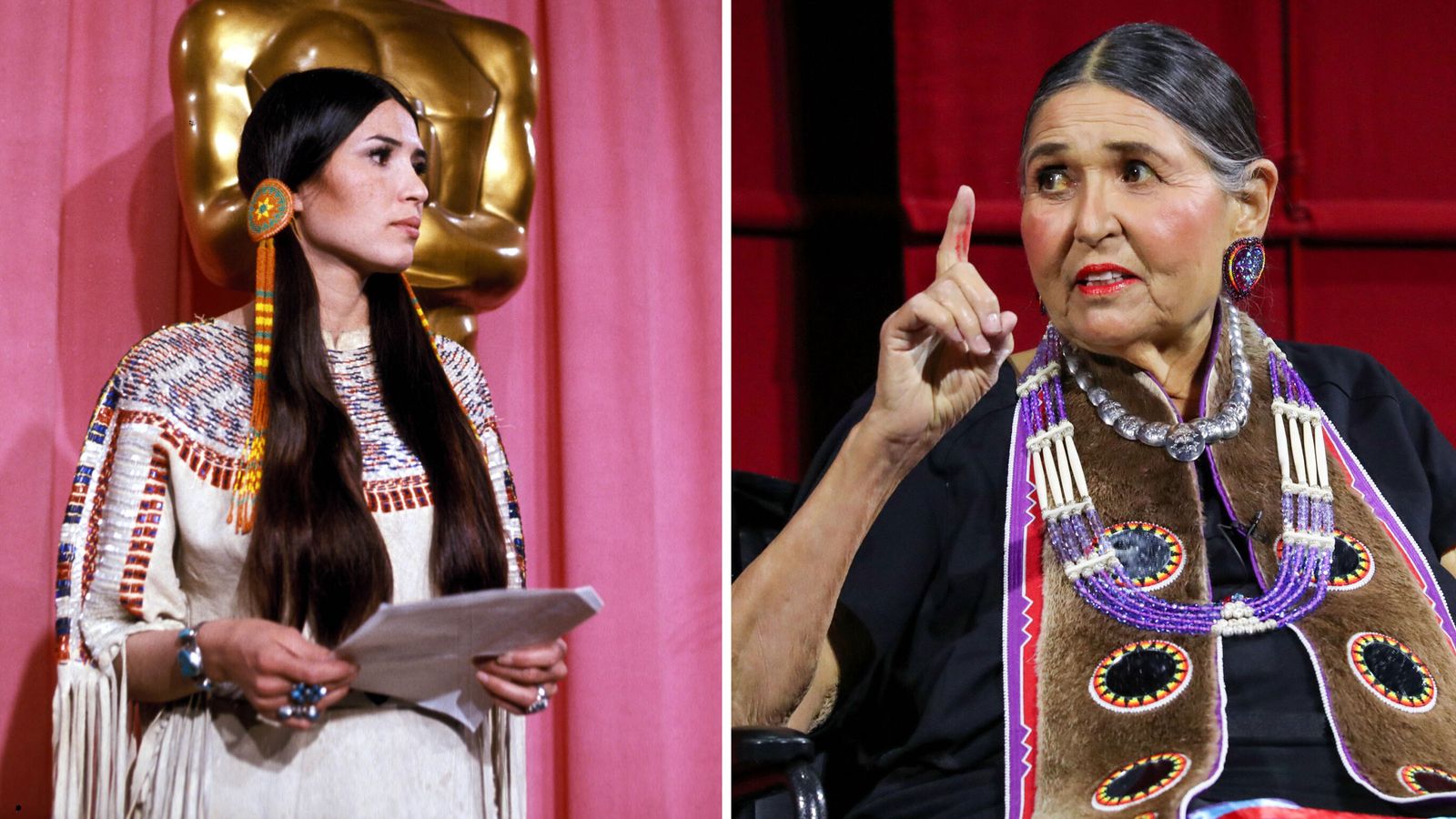 The actress and activist Sacheen Littlefeather has accepted an apology from the Oscars almost 50 years after she was booed off stage.

In 1973 she took to the stage in a traditional buckskin dress to turn down an Oscar on behalf of Marlon Brando and then made a speech about the film industry’s mistreatment of Native Americans.

A minute in to her speech she was booed off the stage and for decades was boycotted by the film industry.

However, earlier this year the Academy of Motion Picture Arts and Sciences apologised to Littlefeather in a letter and on Saturday at an event in her honour in Los Angeles the 75-year-old was applauded as she took to the stage.

“Well, I made it. It took 50 years,” she said at the event, entitled “An evening with Sacheen Littlefeather” and which featured Native American performances.

In 1973 Littlefeather had been asked to go to the Oscars by her friend Marlon Brando who had won the Best Actor award for playing Vito Corleone in The Godfather.

She said that when she started to speak the audience booed and some mocked her with the chopping sound of a tomahawk and the whoops of “Indians”.

“Big John Wayne was ready to attack me. He had to be held back by six security guards,” she said.

At the weekend’s event the Academy’s letter of apology was read out: “As you stood on the Oscars stage in 1973 to not accept the Oscar on behalf of Marlon Brando, in recognition of the misrepresentation and mistreatment of Native American people by the film industry, you made a powerful statement that continues to remind us of the necessity of respect and the importance of human dignity,” it said.

Sir Keir warns mini-budget ‘does nothing’ for working people – but doesn’t say if he would reverse tax cuts
Chancellor to promise ‘new era for Britain’ with plan for growth in mini-budget
Inflation Reduction Act’s expanded biofuel incentives raise concerns about fraud
PM going for broke in hope of winning big – but has she misjudged the public mood? | Beth Rigby
Abortions banned in Arizona after judge lifts injunction