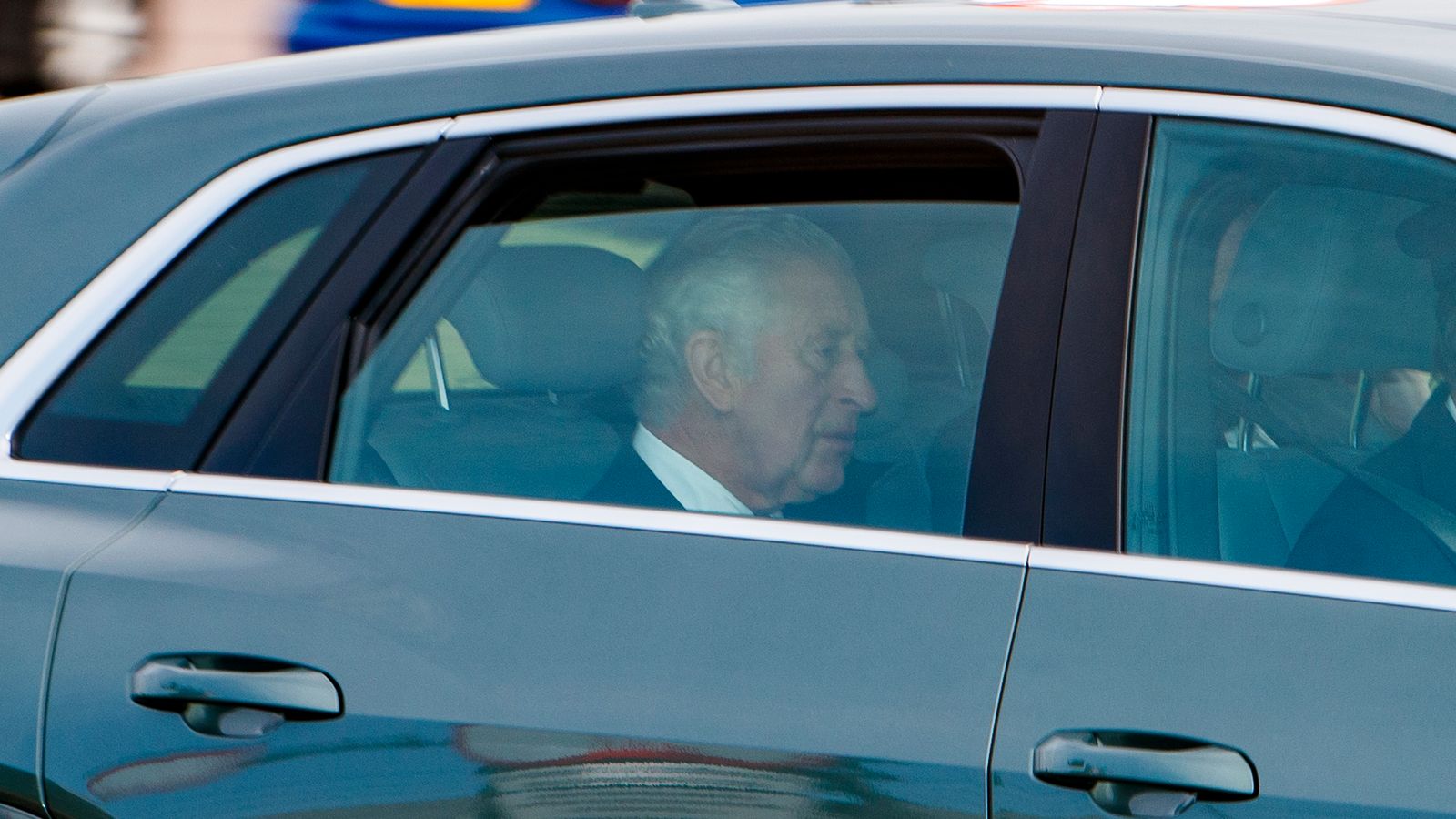 King Charles has flown to Scotland the day after the Queen’s funeral service.

He left Aberdeen airport on Tuesday afternoon after flying in from RAF Northolt in west London.

Pictures show the King in the back of an Audi leaving the Scottish airport.

He and Queen Consort Camilla are believed to have flown to Scotland to grieve privately.

Yesterday his mother, Queen Elizabeth, was laid to rest alongside Prince Philip in a ceremony at St George’s Chapel in Windsor.

The royal family is observing another week of mourning after the state funeral on Monday.

Read more:
More than 250,000 people saw Queen lying in state
Things you may have missed from the Queen’s funeral