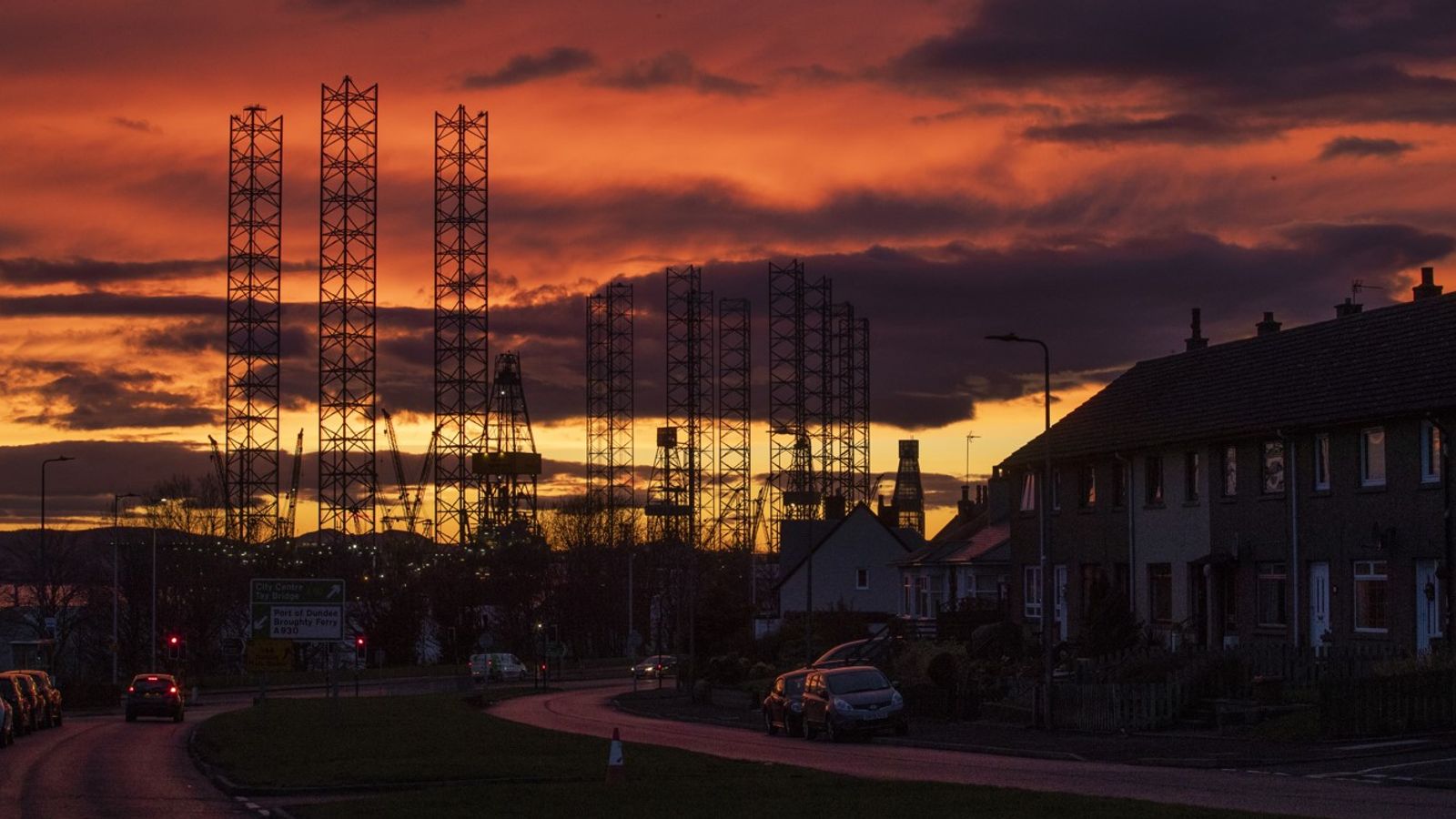 Oil prices have hit near two-week lows, with analysts pointing to events in China and the US as possible reasons for a fall in demand.

Both had lost nearly 5% last week.

SPI Asset Management managing director Stephen Innes said in a note: “Oil is re-rating lower due to the China consumption hit while the Federal Reserve is raising interest rates to slow down the US economy.

“Those are two gusty headwinds suggesting some oil bulls will give way to recession fears and demand devastation.”

Millions of people in Shanghai have been forced to stay in their homes under China’s strict zero-COVID policy, as the city battles its biggest outbreak of the virus since the early days of the pandemic.

And US Federal Reserve Chairman Jerome Powell has indicated that rates could rise by half-a-point next month.

Both situations are expected to hit demand for fuel.

At the same time, there are developments that could increase supply – US energy firms are adding more oil and gas rigs, and Reuters news agency reported that the Russia-Kazakh Pipeline Consortium resumed full exports last week after repairs and disruptions.

But Hiroyuki Kikukawa, general manager of research at Nissan Securities, said: “Oil prices are not expected to fall below $90 a barrel due to the prospect of a potential ban by the EU on Russian oil amid a deepening Ukraine crisis.”

The Times reported on Monday that the European Union is preparing “smart sanctions” against Russia oil imports, although Germany – which relies heavily on Russia oil – has previously held out against this idea.

‘My heart broke for the little girl I used to be’: Abortion ruling deepens divisions in small-town America
Elon Musk’s SpaceX Gets FCC’s Approval to Use Starlink Satellite Internet for Moving Vehicles
Researchers Develop New Method to Convert Waste Carbon Atoms to Plastic Products Without Harming Environment
Danish police say several people have been hit by gunshots at a shopping mall
‘We don’t have to justify it’: Lily Allen speaks out about her abortion