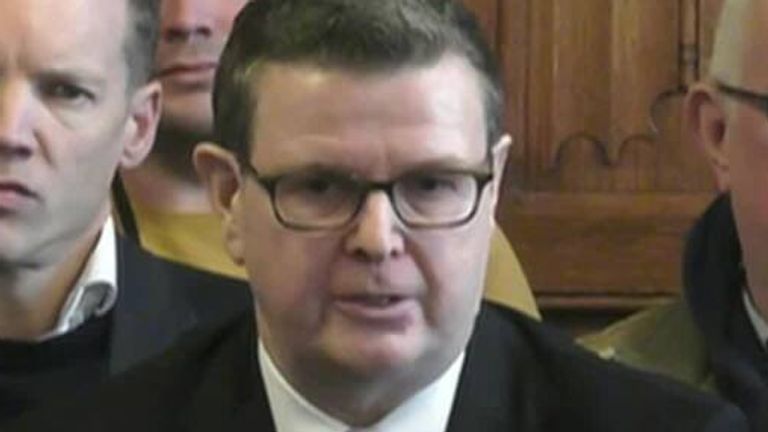 Royal Mail’s parent firm has raised its estimate for the cost of industrial action so far to £200m and claimed that up to 12,500 union members have worked on strike days.

International Distributions Services (IDS) said 18 days of walkouts at Royal Mail helped push the division to a £295m operating loss in the first nine months of its financial year to the end of December.

It reported that revenue at Royal Mail was down almost 13% on the same period in 2021, with a decline in letter volumes and COVID testing kits also contributing.

Revenue at Royal Mail during the crucial Christmas quarter – which was plagued by strike action in December – plunged by 16.7%.

There are challenges on several fronts ahead for Royal Mail.

A new ballot for industrial action is taking place among its 112,000 frontline staff – members of the Communication Workers’ Union (CWU) who have been fighting proposed modernisation plans and want an improved pay deal.

‘Why were you given a bonus?’

There are no signs of an end to the bitter – and personal – dispute, with company and union leaders at each others’ throats in a public battle for sympathy.

The run-up to the festive season saw an escalation in the war of words amid union member complaints that ‘scab’ contractors had been brought in by the company to help clear backlogs.

Royal Mail is also continuing to grapple the disruption to overseas parcel deliveries caused by a ransomware attack.

IDS said that as a result of the problems within the business, it was forecasting an adjusted operating loss of around £400m at Royal Mail for its financial year to the end of March and negative trading cashflow for 2024.

It cautioned that the outlook for the full year was based on no further days of strike action in its fourth quarter and on the CWU accepting its “best and final” pay offer.

IDS added that it remained on track to achieve its target for 10,000 fewer staff through no compulsory redundancies.

It said the number of voluntary redundancies required by August would be “significantly lower” than the 5,000 to 6,000 communicated last year.

Shares in IDS have lost more than half their value since the start of 2022, prompting the company to consider spinning off Royal Mail.

The threat is a consequence of the UK firm’s poor performance.

Cost of living: Consumer spending rises 3.5% but Britons continue to cut back ahead of Christmas, report finds