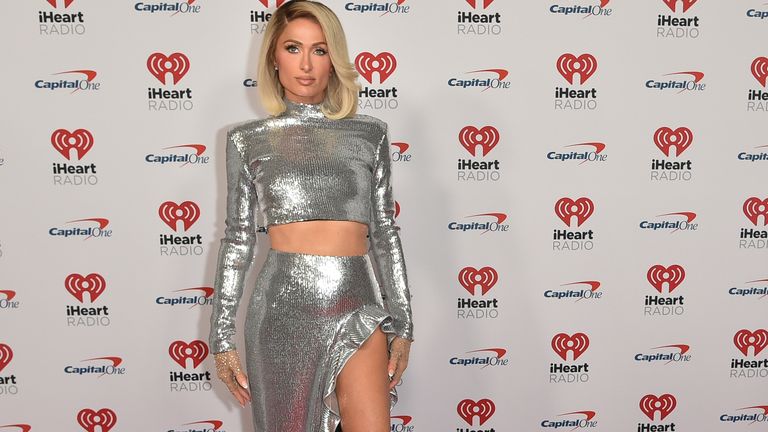 Paris Hilton appears to have revealed the birth of her first child in a surprise announcement on Instagram.

The US socialite posted a close-up picture of a baby gripping a thumb to her Instagram on Tuesday, but did not share any other details.

“You are already loved beyond words,” the 41-year-old wrote in a brief caption, adding a blue heart emoji at the end, which has caused people to speculate that she has welcomed a baby boy.

Hilton, the granddaughter of Hilton Hotels’ founder Conrad Hilton, has been married to Carter Reum since 2021 and has previously spoken of her desire to have children.

However, the announcement came as a surprise to many fans, as she starred in a Miley Cyrus New Year’s Eve special on NBC at the end of 2022, and did not appear to be pregnant.

US media outlet People reported that the couple had welcomed a son via surrogate.

In December 2022, Hilton told E! News that she and Reum had wanted to enjoy their first year of marriage and “were always planning on 2023” to expand their family.

“And we’ve just, you know… getting the eggs all ready. They’re all ready and they’re all waiting and excited for them.”

The 41-year-old told E! at the time: “I always loved kids, but I just never found the person that I could trust to do that with. But now that I did, I just can’t wait, and he’s gonna be the best father and we’re just gonna have the most magical life together.”

Celebrities including Kim Kardashian, Lindsay Lohan, Chrissy Teigen, Demi Lovato, and Miranda Kerr were among the thousands of friends and fans congratulating the couple within hours of Hilton sharing the post.

Journalist Martin Bashir quits BBC ‘to focus on his health’