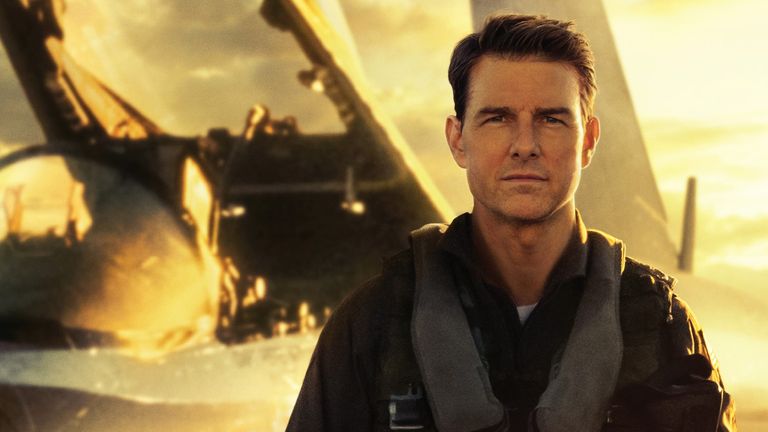 Everything Everywhere All At Once leads the Oscar nominations, as blockbuster films triumph in the best picture category.

The sci-fi fantasy, which has been a word-of-mouth hit around the world, landed 11 nominations, closely followed by The Banshees Of Inisherin and All Quiet On The Western Front with nine nods each.

Somewhat unusually, the prestigious best picture category included films that performed brilliantly at the box office as well as pleasing the critics, with Top Gun: Maverick, Avatar: The Way Of Water and Elvis all making the cut.

All about the sequels

In another first for the category, two sequels were nominated – Top Gun and Avatar. Only eight sequels have ever made the cut in Oscar history, and never before have two been chosen in a single year.

Last year, in a bid to open it up to genres that might not be typically thought of as Oscars-material, the best picture category was expanded to 10 films.

The other films up for best picture are The Fabelmans, Tar, Women Talking and Triangle Of Sadness.

Which actors got a nod?

The best actor category saw five first time nominees, with British star Bill Nighy getting his first nod for his portrayal of a buttoned-up businessman learning to enjoy life.

Irish stars Colin Farrell and Paul Mescal also made the cut, nominated for The Banshees Of Inisherin and Aftersun respectively. They will go up against US stars Brendan Fraser, for The Whale, and Austin Butler, for Elvis.

In the best actress race, four-time nominee Michelle Williams will be hoping this year is her time, and goes up against Cate Blanchett for Tar, Michelle Yeo for Everything Everywhere, Ana de Armas for Blonde and Andrea Riseborough for To Leslie.

Riseborough’s nomination is a shock to many, with her film – about an alcoholic seeking redemption after squandering her lottery winnings and abandoning her son – made on a modest budget and filmed in just 19 days.

Endorsed by a host of Hollywood stars including Gwyneth Paltrow, Kate Winslet, Jennifer Aniston and Amy Adams in recent weeks – the last minute push has clearly done the trick.

Martin McDonagh’s The Banshees – a comedy about a man left bewildered after his best friend kicks him to the curb – continued its success in the supporting actor categories, with Brendan Gleeson, Barry Keoghan and Kerry Condon all gaining nods.

In the best supporting actor category Glesson and Keoghan will be up against former child-star Ke Huy Quan in Everything Everywhere, Brian Tyree Henry in Causeway and Judd Hirsch in The Fabelmans.

In the best supporting actress category, Condon will be up against Angela Bassett – whose nod for Black Panther: Wakanda Forever marks the first acting nomination for a Marvel film, aside from Chadwick Boseman’s posthumous 2021 nod.

The other best supporting actress nominations are Hong Chau for The Whale, and Jamie Lee Curtis and and Stephanie Hsu for Everything Everywhere.

An all-male best director list means that despite women winning the category two years running (Chloe Zhao in 2021 and Jane Campion 2022) it will not be a woman taking home the gong this year.

Spielberg and McDonagh will continue their rivalry for best director accolades, both having received nominations in the parallel categories at other award shows.

The other men up for the best director Oscar are Todd Field for Tar, Daniel Kwan and Daniel Scheinert (known collectively as “The Daniels”) for Everything Everywhere and Ruben Ostlund for Triangle Of Sadness.

When and where can I watch the actual Oscars?

Three hundred and one films were eligible for this year’s awards, which will take place in March, in a star-studded ceremony hosted by US chat show host Jimmy Kimmel.

All nominated movies must have opened in a commercial motion picture theatre in at least one of six US metropolitan areas between 1 January and 31 December, last year.

They must also have completed a minimum of seven consecutive days in the same venue and must have a running time of more than 40 minutes.

You can watch the Oscars exclusively on Sky Showcase on Sunday 12 March from midnight.

Sky News will be live on the red carpet at the ceremony in Hollywood on Sunday 12 and live with the winners at the Vanity Fair party on Breakfast with Kay Burley, Monday 13 March.

‘She really did find heartbreak impossible’: Documentary explores the life of Caroline Flack

The Crown: Lord Heseltine praises John Major and Tony Blair for speaking out against latest series of show