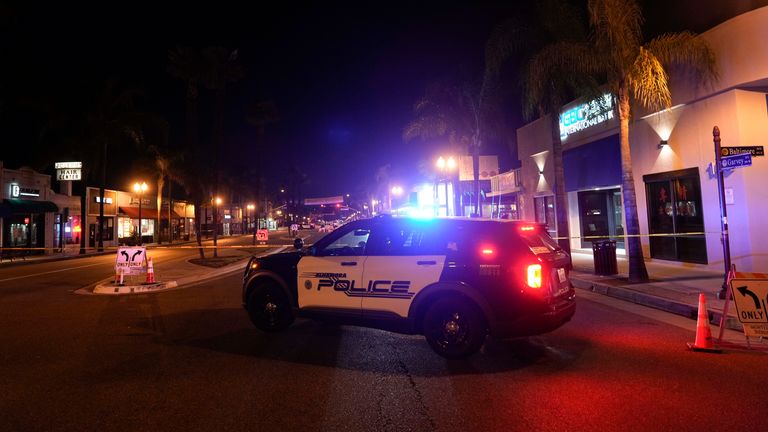 Ten people have been killed in a mass shooting during Chinese Lunar New Year celebrations in California, police have confirmed.

During a news conference, Captain Andrew Meyer said at least another 10 people are being treated in local hospitals and their conditions were “anywhere from critical to stable”.

The gunman has still not been caught and a motive for the attack has not yet been identified, he added.

Officers responded to the attack in Monterey Park, a city just east of Los Angeles, at around 10.20pm on Saturday night (around 6am UK time) after a local business reported shots had been fired.

They arrived to find people “screaming” outside a ballroom dance studio, reportedly the Star Dance Studio on Garvey Avenue, and several victims still inside.

“The Park Police Fire Department responded to the scene and treated the injured and pronounced 10 of the victims deceased at the scene,” Captain Meyer said.

In an earlier update, police had said nine people were killed during the incident.

Videos on social media have appeared showing officers swarming the area, firefighters treating victims and people being carried off on stretchers.

Tens of thousands of people had gathered on Saturday afternoon for a two-day festival, which is considered one of the largest in the region.

Seung Won Choi, who owns a seafood restaurant in the area, told the LA Times that three people rushed into his business and told him to lock the door.

He said he was told there was a gunman with a machine gun who had multiple rounds of ammunition on him.

In a tweet, City Controller Kenneth Mejia, who is an official in the government of Los Angeles, said his “heart goes out to those who lost loved ones tonight” in the “mass shooting”.

“Monterey Park is home to one of the largest Asian communities in Los Angeles County, and many were out celebrating the Lunar New Year,” he added.

Earlier in the day, crowds had been able to take part in various activities, watch live entertainment and visit “hundreds of vendors” as part of the celebrations, according to a notice by the City of Monterey Park.

‘We miss the British’: Eerily quiet Portugal looks ahead to influx of flights from today

‘It seems unthinkable that we may be facing a nuclear apocalypse’