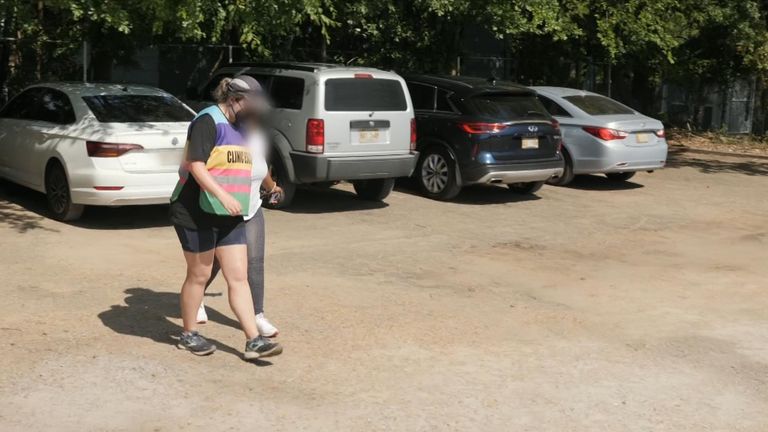 Roe v Wade was overturned last June, giving the power to decide on abortion rights to 50 states to determine individually.

It triggered a wave of change. Abortion bans were brought in, court cases mounted, clinics closed. Here is what has happened in the seven months since US abortion rights were overturned.

First off, what is Roe v Wade?

Roe v Wade refers to the 1973 Supreme Court case that said the government could not prohibit abortions because the constitutional right to liberty includes the right to decide whether to continue a pregnancy.

Roe refers to Texan woman Norma McCorvey – known by the pseudonym Jane Roe – who challenged the state’s abortion laws after she couldn’t get a termination in 1969 because her life was not in danger. Wade is district attorney Henry Wade, who defended the anti-abortion laws.

The court decision meant every woman in the US had the right to an abortion in the first 12 weeks of pregnancy. Another ruling – Planned Parenthood v Casey in 1982 – built on that by saying states could not have laws that create a “substantial obstacle” to a woman seeking an abortion up to 24 weeks.

In 12 states, there are now near-total bans on abortion. In five of these states, the ban is being challenged in court but remains in effect.

Two further states – North Dakota and Wisconsin – do not have bans in place but abortions are unavailable because clinics have closed.

Georgia has banned abortions past six weeks of pregnancy, severely limiting access to terminations because so many women do not find out they are pregnant – and have time to organise the procedure – before the six-week mark.

According to the Guttmacher Institute, which specialises in reproductive health, these 15 states are home to almost 22 million women aged 15 to 49. That means almost a third of America’s women of reproductive age are living in states where abortion is either unavailable or severely restricted.

A further nine states have introduced restrictions to abortion that would have been unconstitutional under Roe v Wade, have bans currently blocked by the court or are likely to introduce bans in the near future.

Arizona and Florida do not allow abortions past 15 weeks, while Utah has an 18-week ban.

In three states – Indiana, Wyoming and Ohio – near-total or early-gestation bans have been blocked by state courts for now, but lawmakers have indicated they intend to fight them.

In Iowa, Montana and Nebraska, anti-abortion policymakers have indicated that they want to ban abortion soon, but abortion care remains available for now.

At least 66 abortion clinics have stopped offering abortion care in the 15 states where abortion is banned or severely restricted.

The loss of these clinics is felt nationwide, according to the Guttmacher Institute, as clinics in states where abortion remains legal are inundated with people travelling interstate.

As the institute explains: “These dramatic increases in caseloads mean clinic capacity and staff are stretched to their limits, resulting in longer wait times for appointments even for residents of states where abortion remains legal.”

A study from the Society of Family Planning estimated legal abortions nationwide fell by more than 10,000 in the two months following the overturning of Roe v Wade, although some women may have sought abortion pills privately.

Abortion revolution in the US

Many of the states that have banned or restricted abortion have high proportions of black, Latina and indigenous women.

Research by the Kaiser Family Foundation revealed how overturning Roe v Wade disproportionately impacts women of colour, as they are more likely to get abortions, have more limited access to health care, and face barriers to travelling out of state for an abortion.

The Guttmacher Institute notes in addition that “people living with low incomes… transmen and nonbinary people, immigrants, adolescents and people living with disabilities are all particularly likely to encounter compounding obstacles to abortion care and be harmed as a result”.

Some states have introduced protections

While the US has seen significant rolling back of abortion rights, there are pockets of good news for pro-choice activists.

Voters in Kansas protected abortion rights in the state’s constitution by rejecting an amendment that would have allowed lawmakers to restrict access to abortions.

In the midterms, voters in five states chose to protect reproductive rights. Vermont, Michigan and California added protections to their state constitutions while voters in Kentucky rejected an amendment that would have removed any protection for abortion rights from the constitution.

In Montana, a bill that could have criminalised doctors for providing abortions was defeated.

Read more:
How a secret network provided thousands of abortions in the US
Clinics in US state offer free vasectomies after surge in demand

Medical abortions account for the majority of abortions in the US – in 2020, the most recent year for which data is available, abortion pills were used in 53% of cases.

Early evidence suggests they have become even more popular since Roe v Wade was overturned – one study suggested the number of people seeking medical abortions has increased threefold.

At the beginning of January, the Food and Drug Administration changed its rules to allow retail pharmacies in the US to dispense abortion pills for the first time.

However, abortion pills are now seen as the next frontier in the fight by anti-abortion activists and they are pushing hard to curtail access.

Countries must accelerate move to clean energy to avoid being ‘held hostage to Vladimir Putin’, US says

The deepest view of the universe ever captured: NASA releases first image from new space telescope

Putin: ‘Where is the proof’ we are waging a cyber war against America?