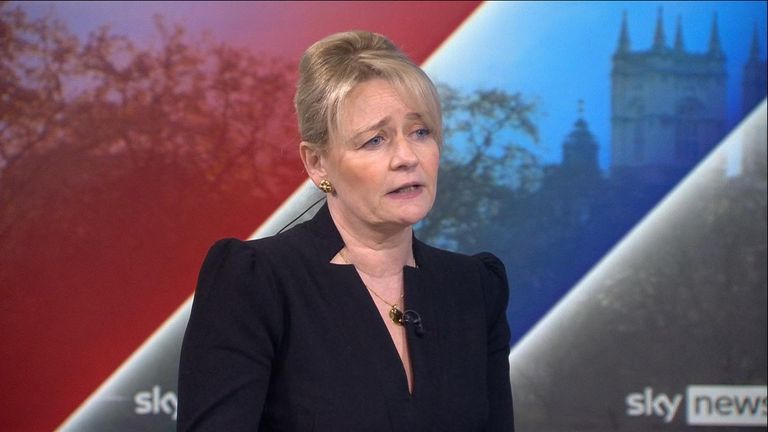 Ambulance workers are staging a fresh strike in the escalating dispute over pay and staffing.

It comes after the chancellor was told he can halt industrial action and begin solving the staffing emergency if he comes up with new money to pay health workers “fairly”.

But Unison warned Jeremy Hunt that if he continues to resist appeals to release extra cash and kickstart talks with unions to end the strikes, the NHS dispute could run for many months.

Its general secretary Christina McAnea said: “It’s simple, all the chancellor needs to do is find the money to pay health workers fairly.

“The public wants the government to end the dispute, so do NHS staff, but most ministers look like they’d rather dig in and do nothing instead of boost pay and help turn the ailing NHS around.

“Higher wages would stop experienced employees leaving for better paid jobs and encourage more people to come and work in the NHS.”

Read more:
Ministers accused of having ‘sinister reason’ for ‘not doing a deal’
Patients should be charged for GP appointments and A&E visits

She added: “With more staff, ambulance response times would improve, and patient waits for treatment shorten. Everyone would be a winner.

“It’s strange that it’s the chancellor blocking progress. Jeremy Hunt knows the NHS better than anyone in the cabinet.”

Thousands of members of Unison, Unite and the GMB will walk out across England and Wales.

Unite’s general secretary Sharon Graham accused the government of having a “sinister reason” for “not doing a deal” with nurses to end their strike action.

She told Sky News’ Sophy Ridge on Sunday programme: “This employer, being the government, is not interested in doing a deal as far as the NHS is concerned.

“I have to say we are concluding now that there must be a much more sinister reason for this because this level of self-harm is unprecedented.”

Asked what the reason could be, Ms Graham said: “I think that they are looking to privatise the NHS.”

‘I believe govt wants to privatise the NHS’

Up to 15,000 Unison ambulance workers will strike for the third time in five weeks and will be joined by 5,000 of their NHS colleagues at two hospital trusts in Liverpool.

Porters, cleaners, nurses, midwives, healthcare assistants, theatre staff and other NHS workers at the Liverpool University Hospitals Trust and the city’s Heart and Chest Hospital will also be out on strike.

Almost 1,000 ambulance workers across the West Midlands in the GMB union will strike, including paramedics and emergency care assistants.

Further strikes are planned in the coming weeks by nurses and other NHS workers.

“While we have contingency plans in place to mitigate risks to patient safety, there will inevitably be further disruption.

“It is important people continue coming forward for treatment – call 999 in life-threatening emergencies and use NHS 111 online, local pharmacies and GP services for non-life-threatening care.

“I have had constructive talks with unions about this coming year’s pay process for 2023/24, and am keen to continue talking about what is affordable and fair.”

If you would like to be a member of the live studio audience for Can The NHS Survive?, please apply here.

If you are an NHS worker and would like to share your experiences with us anonymously, please email NHSstories@sky.uk .

2 takeaways from the Investing Club’s ‘Morning Meeting’ on Thursday