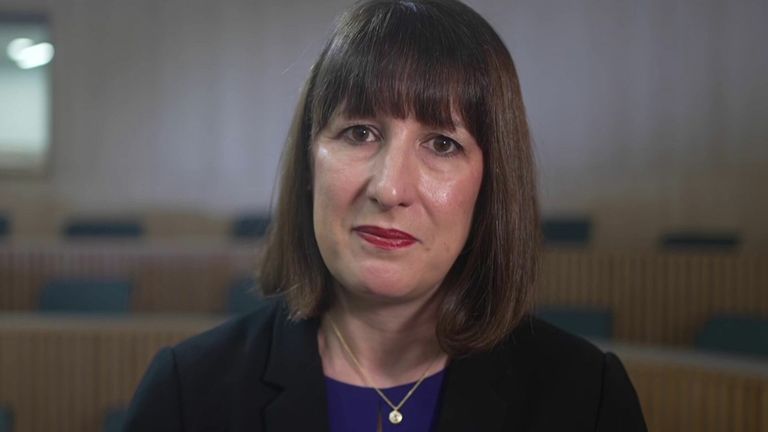 Labour has pledged to extend the windfall tax on energy companies if they were to get into government, in a bid to help families from further increasing bills in April.

In a speech at the Fabian Society Conference today, shadow chancellor Rachel Reeves is expected to urge the government to stop the energy price cap rising this spring and warn that millions are under threat by the move.

The government has confirmed that, from April, energy bills will typically rise to £3,000 – while support offered to many individuals will become less generous as ministers try to grapple with the country’s finances.

Prime minister fined for not wearing a seatbelt – Politics latest

Ms Reeves is expected to say that the government is “underprepared” for the hardship that rising bills will cause many households resulting in a “crisis”.

Setting out Labour’s plan to ease the cost of living burden, she will say a Labour government would introduce a tougher windfall tax on energy companies.

The party argues this would help stop the energy cap rising by generating £13bn across 2022 and 2023.

Ms Reeves is expected to say that alongside a freeze on fuel duty, there should be a three-month moratorium on the forced installation of pre-payment meters.

While Labour would also introduce a new fund to “jump start” insulation.

“Millions of households are still looking to a 40% increase in their energy bills, in April,” Ms Reeves will tell the conference.

“On a week when temperatures fell below zero, I know many families and pensioners will be feeling the pressure particularly acutely.

“And at the same time, energy companies continue to enjoy record profits. That cannot be right.”

‘UK lurching from crisis to crisis’

Ms Reeves will outline Labour’s plans for off-grid households to be offered equivalent support, with funding available for Northern Irish households too.

She will also set out her party’s long-term strategy of reaching 100% clean power by 2030 and retrofitting millions of homes.

Labour say this could save households £1,400 a year.

Read more: What’s a windfall tax, how much do oil companies already pay, and has UK tried it before?

“Sticking plaster politics is not enough”, Ms Reeves will say.

“We cannot persist with walking into a crisis unprepared, and at the last minute producing hugely expensive fixes to get us through, while the underlying problems – those weakened foundations – remain untouched.” 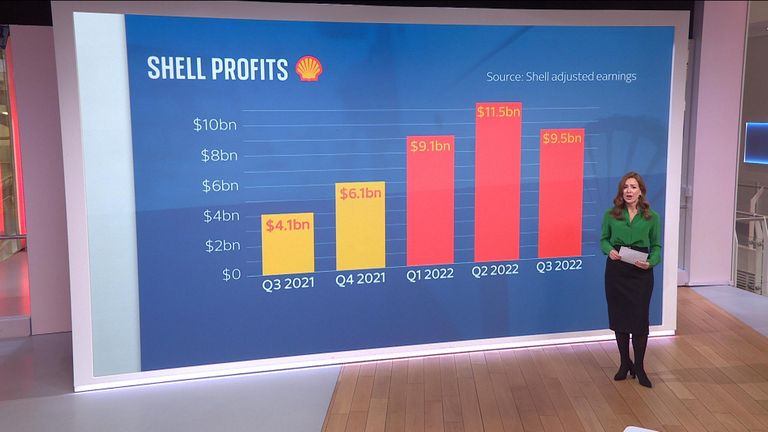 Why do shell profits matter?

She will say: “We would hold to that most basic of principles.

“That those who have profited from the windfalls of war should shoulder their share of the cost, so ordinary people do not have to bear the brunt of a crisis that they did not cause.

“We will extend the windfall tax, closing the fossil fuel investment loophole, and taxing oil and gas profits at the same rate as Norway.

“By backdating this from the start of 2022 – when oil and gas giants were already making historically large profits – we can raise more than £13bn.”

Chancellor’s autumn statement isn’t quite Austerity 2.0 – but it will still hurt