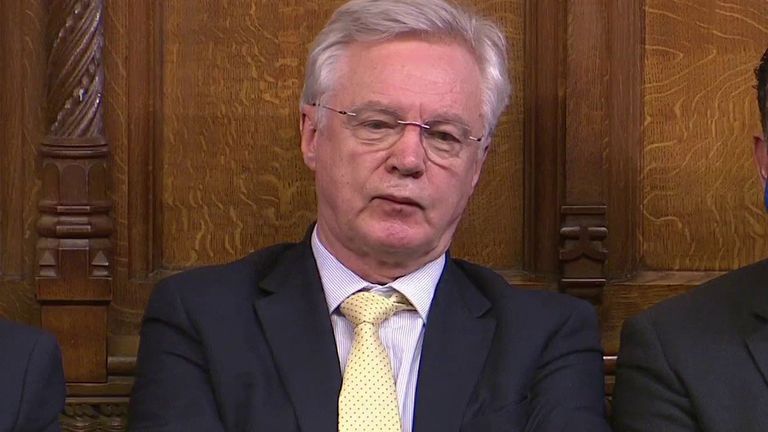 It’s a sign of how bad things are for the new prime minister that only her third Prime Minister’s Questions is being billed as a potentially defining moment in her short premiership.

MPs tell me that how Liz Truss performs at the dispatch box against Sir Keir Starmer at their weekly joust will be an acid test for the prime minister put on notice by her party.

Having dodged questions on Friday when she reversed key planks of her economic plan, and then left it to her new chancellor complete the mini-Budget and two-year energy support plan reversal, this PMQs will be a moment of reckoning.

Many of her party doubt she can meet the moment and think a poor performance will again reignite calls for her go.

“I can’t see what she says at PMQs,” one former minister told me. “Her reputation’s in shreds.”

For the opposition this a “moment of jeopardy” to exploit. “On the Labour side looking across you can see a PM’s authority draining away – as we saw with Johnson.

“I’m sure sets of electrodes are being handed to MPs to bounce up and down in support of the prime minister.

“But it will a big moment, and isn’t just about exchanges with Keir Starmer, the most damaging stuff can come from their own side.”

We saw that back in January when David Davis, the former cabinet minister, used PMQs to publicly call on Mr Johnson to resign. And just moments before that happened Bury South MP Christian Wakeford crossed the floor of the House, defecting from the Conservatives to Labour in another body blow for an embattled prime minister.

Mr Johnson clung on for another six months in a rolling political and leadership crisis, finally being pushed out from Downing Street after dozens of ministers quit his government. As he put it in his resignation speech: “When the herd moves it moves.”

This PMQs will be the latest test of that herd mentality with MPs muttering that she needs to put in a strong showing. She is undoubtedly in deep trouble, with five MPs calling for her publicly to go – although many are privately saying the same.

But if a bad performance is further destabilising, a good performance will now do little to change the fortunes for Ms Truss beyond the immediate moment.

All the talk in Westminster – apart from those cabinet ministers taking to the airwaves to try to shore her up, is about the timing and mechanism for removing and replacing her. The polling around her is disastrous with only one in 10 Britons satisfied with her.

It is the worst polling ever for any leader, from which there is likely no way back. One former cabinet minister told me this week that they thought 90 per cent of the party thought Ms Truss had to go and said Sir Graham Brady will, at some point, have to go to the PM and tell her she no longer has the support of her party and can either stand aside or see a rule change that would force a confidence vote in the PM.

What I hear Sir Graham is now working on is a change in the nominations to basically try to force a unity candidate onto the party and avoid a drawn-out run-off in which party members get the final say.

There is talk of setting the nominations bar as perhaps around a third of the parliamentary party – something like 100 or 120 votes. At that level the likely trio with a chance at the top job would be Rishi Sunak, Jeremy Hunt or Penny Mordaunt.

But the aim might be to set the threshold at the level that only one could reach in order to settle the matter quickly, and amongst MPs rather than members, who polling now shows they regret their choice of Ms Truss.

If it all sounds ferociously complicated, that’s because it is. And it comes back to the point that there is not an obvious unity candidate, while MPs are desperate to avoid a protracted run-off – two reasons helping Mr Truss stay in post.

But even if the herd isn’t quite ready to stampede, the outlook is treacherous for the prime minister.

Read more: Which Tory MPs are calling for Truss to go – and how could the PM be ousted?

Her new chancellor told me this week after he had ripped up the mini-Budget and reversed £32bn of tax cuts that there would be “eye-wateringly difficult decisions” to take around spending. That’s because he has to fill a fiscal black hole running to perhaps £40bn-£50bn through spending cuts and further tax rises.

One former cabinet minister told me that the cuts Mr Hunt is eyeing will be much bigger than those dealt by former chancellor George Osborne. “They might end up having to do double the amount of cuts than in the austerity years. Jeremy is really worried about it.”

And so he should be. MPs and ministers are already agitating against potential spending cuts, after Mr Hunt on Monday put everything back on the table. He refused in an interview with me on Monday to commit to uprating pension or benefits by inflation or honouring Liz Truss’s promise to lift defence spending to 3% of GDP by the end of the decade.

The Defence Secretary Ben Wallace and his deputy James Heappey have suggested they could quit if this pledge is reversed, while two MPs have already publicly said they will not support the government if it attempts to end the pensions triple lock.

“Pensioners should not be paying the price for the cost of living crisis whether caused by the war in Ukraine or mini budgets,” wrote Tory MP Maria Caulfield on Twitter last night.

Mr Hunt is also eyeing up additional taxes to raise funds for government coffers. Options include possible windfall taxes on banks and energy companies – again Ms Truss vowed not to introduce an energy windfall tax when she became PM – as a way to help plug the gap.

It goes without saying that all of this is fraught with political difficulty and if the markets decide Mr Hunt can’t get his spending cuts through parliament and begin selling off government debt, there could be another bout of market turbulence, with all the potentially fatal fall-out that has for Ms Truss. That fiscal statement, billed for 31 October, really could prove a frightful event.

PMQs is undoubtedly a huge test for the prime minister today whose reputation has been shredded this week. But this is just the first test of many she’s going to face. For now, this is a PM and a No 10 just trying to survive from one day to the next.

Nurses strikes: Union threatens double the number of staff could walk out next month if no progress on talks