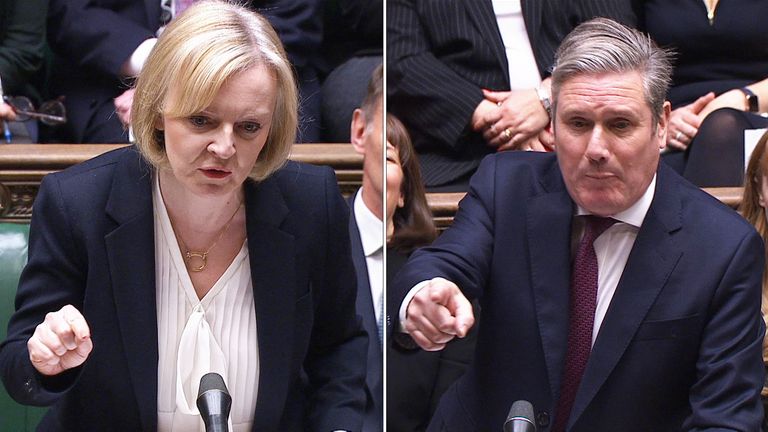 Liz Truss has pulled out of a planned event this afternoon, during which she was due to take questions from journalists.

Downing Street has not given any reason for the canning of the trip to an electronics manufacturer.

A source said the visit was cancelled due to “government business”, but declined to elaborate further.

It comes as the prime minister fights for her political survival following a torrid week in Westminster that saw her new chancellor, Jeremy Hunt, tear up almost all of the economic policies that brought her into office just six weeks ago.

Ms Truss has apologised for the mistakes she has made and vowed to fight on – but some Tory MPs have expressed doubt over her future.

On Wednesday, backbencher William Wragg revealed he had submitted a letter of no confidence in the PM as he became the sixth Tory MP to publicly call for Ms Truss to go.

He explained that he was extremely displeased with the mini-budget and the current administration’s approach to the economy.

“What occurred with that financial statement, I am personally ashamed,” he said.

“I cannot go and face my constituents, look them in the eye and say they should support our great party.”

It is unclear when the letter was first lodged with Sir Graham Brady, chairman of the 1922 Committee of backbench MPs.

Conservative MPs are under no obligation to declare publicly that they have submitted a letter of no confidence in their leader, and Sir Graham himself is notoriously tight-lipped about how many he has been sent.

Allies of Ms Truss have insisted she will still be prime minister by Christmas, but others have suggested her days could be numbered.

Tory MP Miriam Cates has said she is not sure whether Liz Truss should lead the party into the next election.

And Conservative MP Steve Double warned Ms Truss will likely have to stand down “quite soon”, telling Times Radio that “she is absolutely in the last chance saloon”.

The comments came as the PM faced a make-or-break Prime Minister’s Questions in the Commons, during which she said she is “completely committed” to the pensions triple lock.

Read More:
What is the pensions triple lock?
Who could replace Liz Truss if she is ousted? 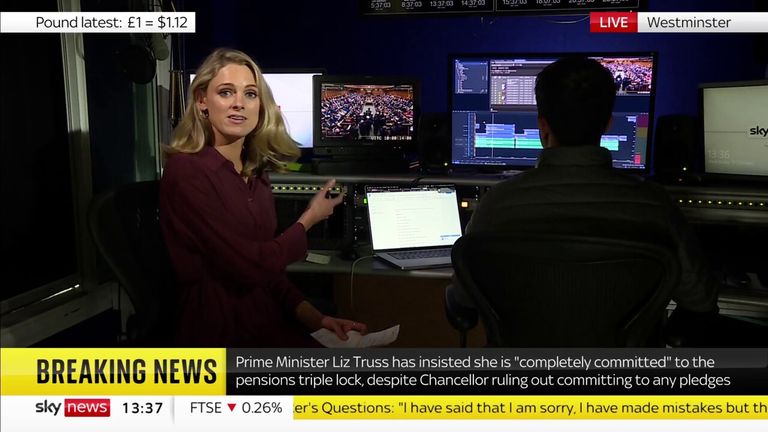 Forensic analysis: How did Liz Truss perform at PMQs?

She made the promise despite Mr Hunt on Monday explicitly ruling out agreeing to any further fiscal pledges ahead of 31 October, when he will announce a medium-term fiscal plan.

Ms Truss’ spokesman said the PM and the chancellor had agreed their position on the triple lock today.

Ms Truss had previously pledged her commitment to the triple lock – a Conservative manifesto pledge – during the Tory leadership race, but doubts were raised on Monday after the chancellor tore up his predecessor Kwasi Kwarteng’s mini-budget, leaving questions about what other policies could be scrapped in the bid to balance the books.

Ms Truss was facing pressure to clarify her position after Downing Street refused four times to commit to keeping the pensions guarantee on Tuesday – leading to warnings from two former ministers that they would not vote to end the triple lock.

Ms Truss is attempting to build bridges with Tory MPs, including through “fairly regular” events for backbenchers, No 10 said on Wednesday.

But she is risking a fresh fight with backbenchers by making a vote on a Labour motion on fracking tonight a test of confidence in her administration.

Labour is using an opposition day debate to force a vote on whether to ban fracking.

Conservative MPs are being told they need to vote with the government to oppose a ban, counter to what their manifesto said in 2019.

Legal targets on air pollution and wildlife proposed by government

Plan B arrives: England braces for rule changes as pressure on PM mounts

Quarantine-free travel for fully-vaccinated ‘absolutely something’ government working on