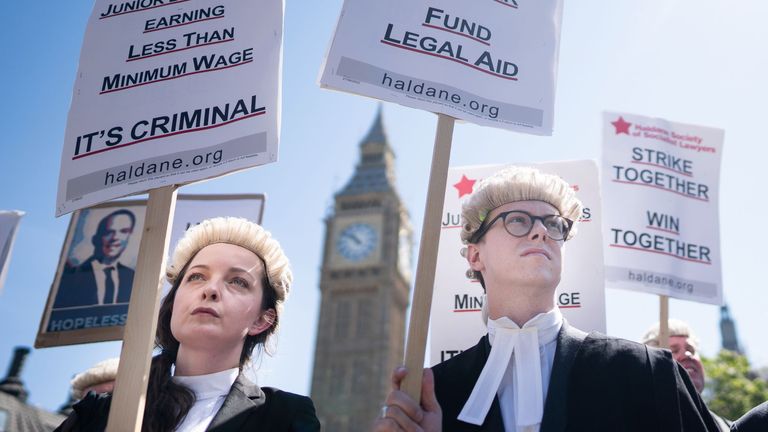 Pubs and clubs are facing the prospect of beer shortages while fast food firms including Burger King, KFC and Pizza Hut are also under threat of disruption from industrial disputes.

It was announced early on Tuesday that the GMB union was launching a strike vote among its near-600 members at Best Food Logistics, which delivers fresh produce to many big name fast food outlets and dining firms, which also include Wagamama and Zizzi.

It said that 93% of staff had rejected a 6% pay offer as it was significantly below the rate of inflation and amounted to a real terms pay cut this year and into next.

Hours later, the Unite union revealed that around 1,000 of its members at logistics firm GXO would walk out for five days from 31 October as part of a pay dispute.

The union said the strikes by delivery drivers would hit supplies to pubs and venues supplied by major breweries, including Heineken, Stonegate, Admiral Taverns and Shepherd Neame.

Its members, Unite added, were responsible for 40% of UK beer deliveries.

GXO said its offer was “significantly above 5%”.

A spokesperson for the company added: “We are extremely disappointed that the union has rejected our proposal, which is highly competitive and follows an above-inflation annual pay raise last year.

“The increase exceeds the industry average and, in every region, earnings for our drivers are above both the regional and national averages.

“Furthermore, we are in constant contact with our customers and should a strike go ahead, we have business continuity plans in place to ensure they are adequately stocked and minimise impact on consumers.”

It was also confirmed that hundreds of workers at AB InBev’s Samlesbury brewery in Lancashire had gone on strike again, for a period of five days, threatening production of Budweiser, Stella Artois, Becks, Boddingtons and Export Pale Ale.

That followed the breakdown of new pay talks.

Nadine Houghton, GMB national officer, said of the Best Fresh dispute: “These workers bust a gut to deliver fresh, just in time food to some of the biggest names in the business.

“Now some of their biggest clients may well be left short this Christmas because they won’t meet GMB’s reasonable request for a pay deal that protects our members through this year and into next with a genuine cost of living increase.”

Sky News has attempted to contact Best Food and AB InBev for comment on the separate disputes they are facing.

The prospect of disruption to supplies builds on a year of intensifying union action across the economy that has seen railway workers, Royal Mail and Post Office staff walk out in fights for better pay.

The outgoing leader of the trade union body the TUC has warned key healthcare workers could be next on the picket lines this winter.

Frances O’Grady was due to tell its annual congress they were already struggling with rising bills and claim that members of unions were facing the “longest squeeze on real wages since Napoleonic times”. 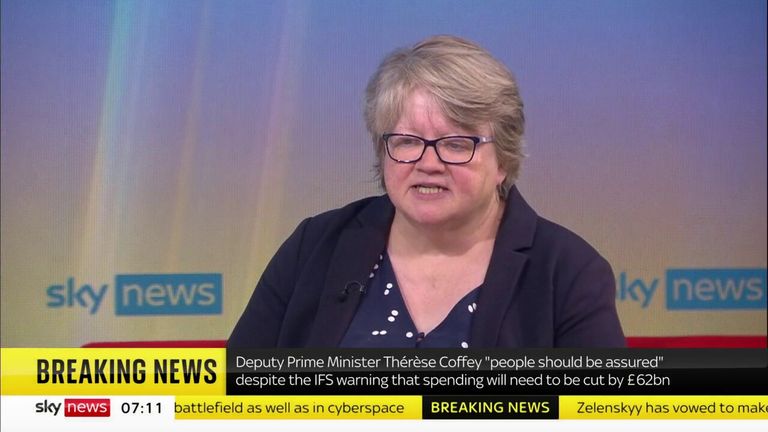 ‘So it looks like we have a nurses strike on our hands?’

“If ministers and employers keep hammering pay packets at the same rate, UK workers are on course to suffer two decades of lost living standards”, she said.

“We have got to stop the rot”.

The prospect of a pay fight between the government and unions representing health workers could not come at a more difficult time given winter pressure on the NHS and the clear signal from the new chancellor Jeremy Hunt that he will be keeping a tight hold of the public purse strings in the wake of the disastrous mini-budget outlined by his predecessor.

Forecasts, though routinely wrong, are still worth listening to

WhatsApp down: Thousands of people report being unable to use messaging app