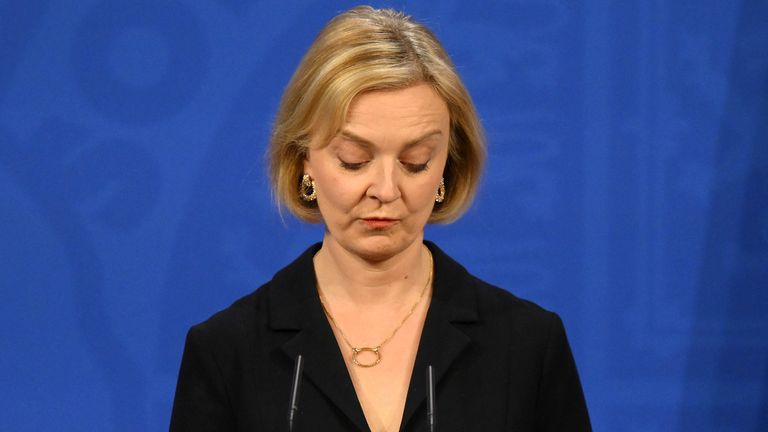 The majority of Conservative Party members want Liz Truss to resign now – just six weeks after voting her in – and former PM Boris Johnson topped the list of who would be best to replace her, a new poll has found.

A YouGov poll of Tory members found 55% would now vote for Rishi Sunak, who lost out to Ms Truss, if they were able to vote again, while just 25% would vote for Ms Truss.

As her position as prime minister hangs by a thread following a major U-turn on the majority of the mini-budget, Tory members are largely unimpressed with Ms Truss.

And a majority (63%) think former PM Boris Johnson would be a good replacement, with 32% putting him as their top candidate, followed by Mr Sunak at 23%.

Former leadership candidate Penny Mordaunt has a lot of support as well, with 54% thinking she would be a good replacement, while 62% think Defence Secretary Ben Wallace would be – although he ruled himself out last time.

A total of 31% of Tory members interviewed think they should be the only ones to elect a new leader, while 25% think only MPs should and the same number think MPs should pick the final two candidates and party members choose the final – as currently happens.

The poll was taken on the day and day after Mr Hunt announced the government was U-turning on the majority of the mini-budget policies announced three weeks before by Kwasi Kwarteng, who was sacked as chancellor on Friday.

Two aircraft in minor collision on ground at Heathrow