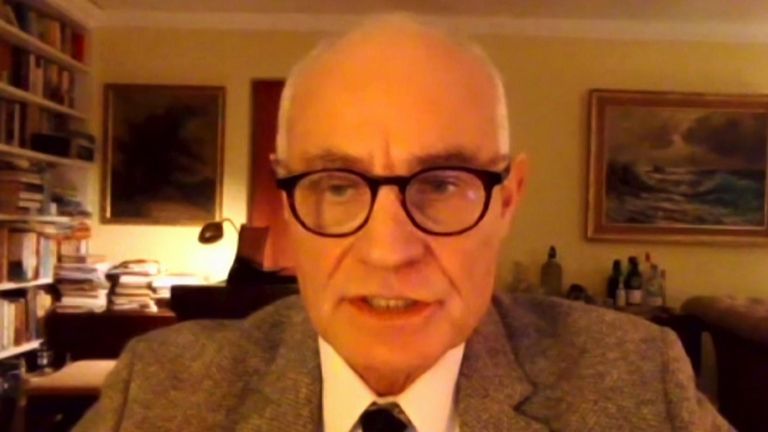 After his crisis talks with Liz Truss at Chequers, Jeremy Hunt was photographed being driven from the PM’s country retreat sitting in the back of a government car.

Earlier, when the new chancellor was asked in a TV interview who was in charge, him or the PM, he insisted it was her. But MPs believe Mr Hunt is now an all-powerful back seat driver.

Mr Hunt wasn’t even being driven from Chequers in a top-of-the-range Range Rover as befits his new status as a senior cabinet minister, but a humble and less conspicuous people carrier.

And the embattled PM will be hoping her new chancellor can carry the British people with him, as he embarks on more U-turns designed to steady the nerves of markets, Tory MPs and voters.

The latest verdict of the markets will come early on Monday morning, hours before MPs return to Westminster after taking soundings in their constituencies over the weekend. Those soundings are likely to have been brutal.

The voters’ latest verdict will come in the next snap opinion polls. And while jittery Tory MPs will hope the polls can’t get any worse for their party, it’s possible they will.

A poll of polls analysed by Sky News confirms the findings of recent surveys suggesting Labour’s average lead is nudging 30 points, the biggest since Tony Blair’s honeymoon period after his 1997 landslide.

After the turmoil and chaos of the past week, the mood of Conservative MPs is mutinous. One senior backbencher, Sir Crispin Blunt, was first to declare publicly that the game is up.

Truss loyalists will claim, with some justification, that Sir Crispin is not the most reliable witness. He defended former Tory MP Imran Khan, who was convicted of sexual assault, though he later apologised.

But the Reigate MP, who is now quitting at the next election, was only saying publicly what many Conservative MPs are saying privately.

He was closely followed by serial rebel Andrew Bridgen, who claimed the PM has run out of friends. He expects “fireworks” this week and predicts a general election if the situation is not resolved quickly.

In issuing his call, Mr Bridgen has set some kind of record. Ms Truss is the fourth leader he has called to go since he was elected in 2010, after David Cameron, Theresa May and Boris Johnson. At least he’s consistent.

Next came Jamie Wallis, a 2019-er, who declared “enough is enough” and announced he’s written to the prime minister, asking her to stand down as she no longer holds the confidence of the country.

There was much talk over the weekend of Tory MPs rallying behind a “unity candidate” to replace Ms Truss. Defence Secretary Ben Wallace, defeated leadership candidate Rishi Sunak and Commons Leader Penny Mordaunt have been touted to succeed the PM.

Read more:
Who could replace Liz Truss as prime minister?
How could Lizz Truss be removed?

But a senior defence source told Sky News: “The defence secretary is focused on our support for Ukraine and the security of Britain and our allies. Our future as a government and as a Conservative Party lies in demonstrating and providing stability.

“Anything other than that will lead to a deserved spell in opposition.”

In other words, Mr Wallace is telling his more excitable backbenchers to calm down and the veteran plotters – a group of embittered ex-ministers who have been both king-makers and assassins of Tory leaders over the years – to back off. 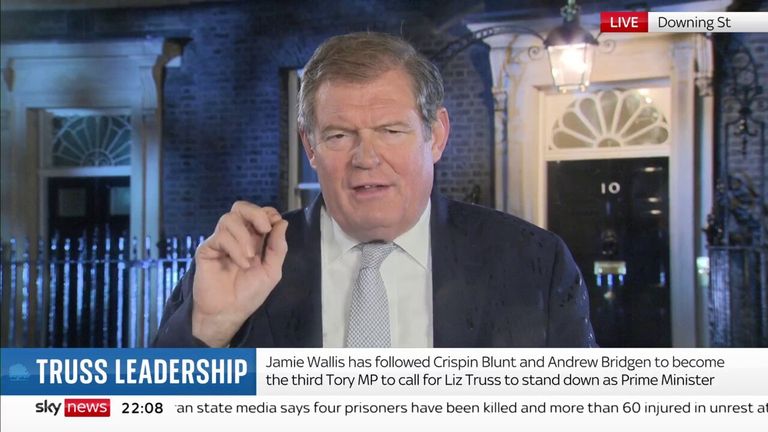 Mr Wallace didn’t entirely rule out putting himself forward at some point in the future. And he remains the favourite among party activists, regularly topping polls of party members in highly unscientific popularity contests.

It’s likely Mr Hunt will have to face MPs in the Commons on Monday afternoon to explain the U-turns so far, either in a statement or by answering an urgent question from Labour’s Rachel Reeves, which Speaker Sir Lindsay Hoyle would be certain to grant.

But as he proved in his weekend interviews, Mr Hunt is an experienced and accomplished public performer who has already displayed a reassuring tone in his first few days in his new job.

The same cannot be said of Ms Truss, whose brief news conference in Downing Street on Friday afternoon was a public relations disaster that left even many of her most loyal supporters in despair.

Not surprisingly, Labour want the PM and not Mr Hunt to come to the Commons. Good luck, as they say, with that.

Mr Hunt is now on a rescue mission to save Ms Truss’s premiership. He’s also suddenly back in the running to become the next prime minister, along with Mr Wallace, Mr Sunak, Ms Mordaunt and – his diehard supporters hope – Boris Johnson.

To be fair, he did say in his latest interview: “Having run two leadership campaigns, and by the way failed in both of them, the desire to be leader has been clinically excised from me.”

He went on to say: “I want to be a good chancellor. It’s going to be very, very difficult. But that’s what I’m focusing on.”

Difficult indeed. Many MPs would see his appointment as chancellor as a poisoned chalice. And there have been suggestions that he wasn’t the PM’s first choice and she sounded out Sajid Javid first.

That’s strongly denied by Number 10 insiders, one of whom took the opportunity to denigrate Mr Javid to Sunday newspapers in most unpleasant terms, provoking understandable protests from Tory MPs.

Mr Hunt is now undeniably the man of the moment. How long he remains in that position will depend on how long Ms Truss survives.

Given the extremely brief tenure of his two immediate predecessors, Kwasi Kwarteng and Nadhim Zahawi, he’ll have to weigh up whether it’s worth moving his wife and three young children into the Downing Street flat.

But he could be forgiven for hoping he gets to be driven around in a better government car than the rather down-market people carrier that sped him away from Chequers.

Given the PM’s vulnerability and weakness, the back seat driver tag will be difficult for Mr Hunt to shake off.

100 projects across UK to receive £2bn in funding – is your area included?