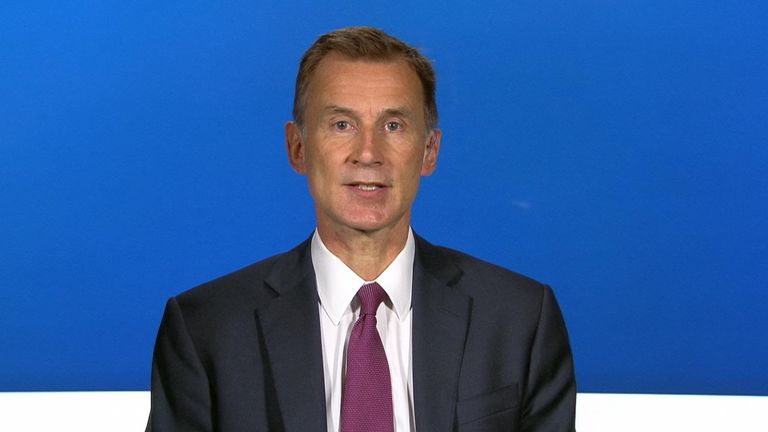 Unions are close to organising co-ordinated strike action “very soon” following the “horror story” of the past few weeks, a union boss has told Sky News.

Sharon Graham, general secretary of Unite, accused the government of “aiding and abetting” employers earning millions in profits but not handing that to workers.

She confirmed Unite, the UK’s second biggest union after Unison, has been in talks with other unions after the RMT and Unison have also been talking about strike action.

Ms Graham told Sky News’ Sophy Ridge on Sunday programme: “I think there could be up to a million people on strike very, very soon.

“What we’re seeing – and I think we just have to take this back as to why people go on strike – is that they [the government] can put in all the anti-trade union they want, they can pretend it is union barons pressing big red buttons but this is about anger, anger in workplaces, both in the public sector and in the private sector.”

Asked if the UK could see a general strike, where multiple sectors organise strikes at the same time, this winter, Ms Graham said: “We could see multiple strikes this winter but what people call it is really up to them.

“There will be multiple strikes and I know in my own union there have been 450 strikes in less than a year, 90,000 Unite members have been out on strike, £200m has been won back in the pockets of those workers.

“That is the job of trade unions, that’s what we should be doing and that’s what we’re doing more and more of, so I can see that that will escalate.”

Many of Unite’s members work for the NHS and Ms Graham said doctors and nurses going on strike is “a very real option that is now being looked at”.

She also criticised new Chancellor Jeremy Hunt, who faced multiple NHS strikes when he was health secretary under David Cameron and Theresa May over junior doctor contracts.


“I don’t know what his plans are for this country as chancellor but anything towards privatising the NHS or anything that is going to make poor people poorer, that really is a difficulty,” Ms Graham said.

She added: “I think that we are witnessing a horror story, to be honest.

“It’s like watching a film behind your hands and every time you look there’s something worse happening and I think that we’ve got a real problem on our hands.

“Jeremy Hunt is not the answer to what is happening here.

Ms Graham said there now needs to be a “change of government” but admitted she thinks Ms Truss and the Tory government will be “clinging on right to the very end”.

She said Labour has a real opportunity to win an election now but warned it is not a “moment to play safe”.

“This is not a moment to say okay, they’re doing so badly we just have to sit on the sidelines here,” she said.

“This is the moment to take this by the scruff of the neck, to say this is what we need to do, to come up with a solution to these problems and to really lay out what Labour’s stall is.

“Get some mettle, lay out your stall and say what people should vote for not just what they should vote against.”

‘Unacceptable in every possible way’: Anger as board of inhaler maker backs takeover bid from tobacco giant