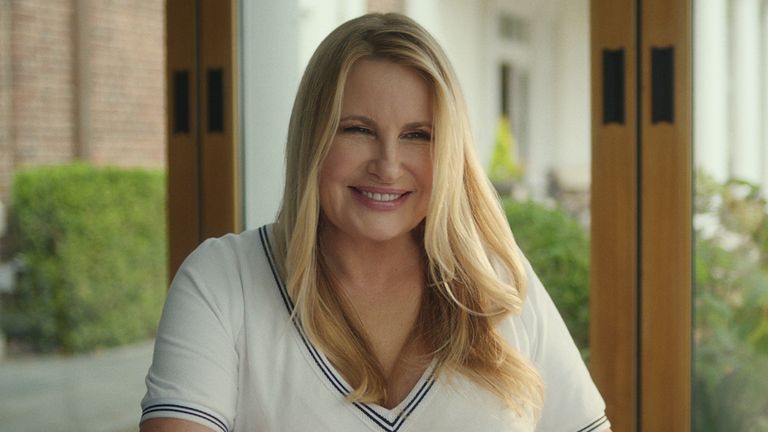 Ryan Murphy has been a busy man of recent – clocking shows in to streaming platforms at breakneck speed.

He is perhaps best known as the creator of musical hit Glee, and he has since gone onto to create projects such as American Horror Story, and more recently, Dahmer – which Netflix claims is its second most-watched show ever.

It was on American Horror Story though where he met American Pie and Legally Blonde star Jennifer Coolidge, after renting the actress’s house.

She stars in his latest true crime thriller, The Watcher, based on a real story of letters being sent in anonymously to the new owners of a huge house in suburban New York – a case that remains unsolved to this day.

“You know, I always wanted to do a creepy story with Ryan,” Coolidge told Sky News.

“He rented my house years ago for an episode of American Horror Story and I kept thinking he would see me in the yard raking leaves or something and go ‘Hey Jennifer, I have a part for you in this!’, you know?

“But that never happened.

“Then this weird thing happens…13 years later, here I am. So sometimes just because you missed the boat on one thing, sometimes it comes back around – and I was thrilled.”

Though the story is real, many of the characters are a work of fiction, with Coolidge playing the real estate agent who sells the new family the home.

“I don’t think I’ve really been able to play someone like this before, and I’m thrilled that Ryan would have thought of me for this, because I can think of a lot of other actresses that your mind would go to for this part.

“I’m just glad that he, I don’t know, I was the first one, I guess that answered the phone. So I got it.”

The cast also includes the likes of Mia Farrow, Naomi Watts and Bobby Cannavale – all of whom were given one script at a time during filming, so they did not know how the show ended.

Coolidge said: “We weren’t really playing ahead of anything that was happening, So I don’t think any of us are really tipping it off.

“I’ll be curious to see how it’s received and who people think is the bad person.”

The Watcher is now streaming on Netflix.

Neighbours: TV soap will be axed as Channel 5 increases investment in UK drama

Tesla removes Cybertruck specs and prices from its website