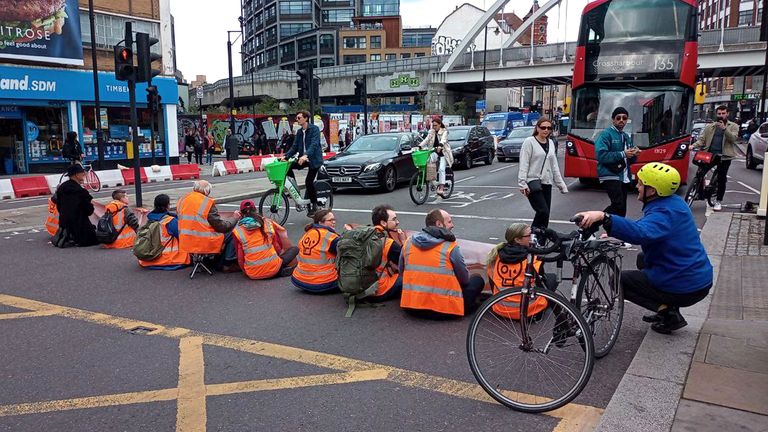 The home secretary has unveiled plans for a major crackdown on climate protesters as she pledged to stop demonstrators holding the public “to ransom”.

Under the plans, Suella Braverman will give police stronger powers to take a more “proactive” approach when dealing with protests that threaten or cause “serious disruption or a serious adverse impact on public safety”.

The tactics have been long favoured by environmental groups, such as Just Stop Oil and Extinction Rebellion, who have staged various disruptive demonstrations in recent months.

“I will not bend to protestors attempting to hold the British public to ransom,” Ms Braverman said.

“Preventing our emergency services from reaching those who desperately need them is indefensible, hideously selfish and in no way in the public interest.

“This serious and dangerous disruption, let alone the vandalism, is not a freedom of expression, nor a human right. It must stop.”

The minister is aiming to use the government’s Public Order Bill to allow secretaries of state to apply for injunctions in the “public interests” when such protests are planned or taking place.

What is included in the crackdown plans?

This will include protecting access to “essential” goods, services and “key” infrastructure, according to the Home Office.

The proposed legislation, if enacted, would also create a new criminal offence of interfering with businesses such as oil refineries, airports, railways and printing presses, which could carry a maximum sentence of 12 months in prison, an unlimited fine, or both.

“Locking on” or “going equipped to lock-on” to other people, objects or buildings to cause “serious disruption” could see people imprisoned for six months or hit with an unlimited fine.

A new criminal office of tunnelling to cause serious disruption could be introduced as well, which would carry a maximum penalty of three years’ imprisonment as well as the potential for an unlimited fine.

An offence of going equipped to tunnel will also be created. 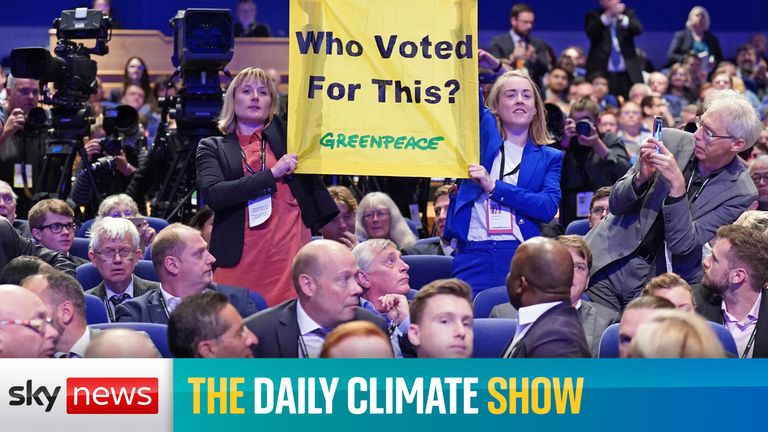 ‘It’s high time parliament got behind it’

The Public Order bill will return to parliament for the consideration of MPs next week, with Ms Braverman calling for it to be backed.

“The police need strengthened and tougher powers to match the rise in self-defeating protest tactics, and that’s what the Public Order Bill will do,” she said.

“It’s high time parliament got behind it and put the law-abiding majority first.”

The Home Office is also promising that stop-and-search measures and new serious disruption prevention orders will support the police, with the latter targeting those repeatedly convicted of protest-related offences. 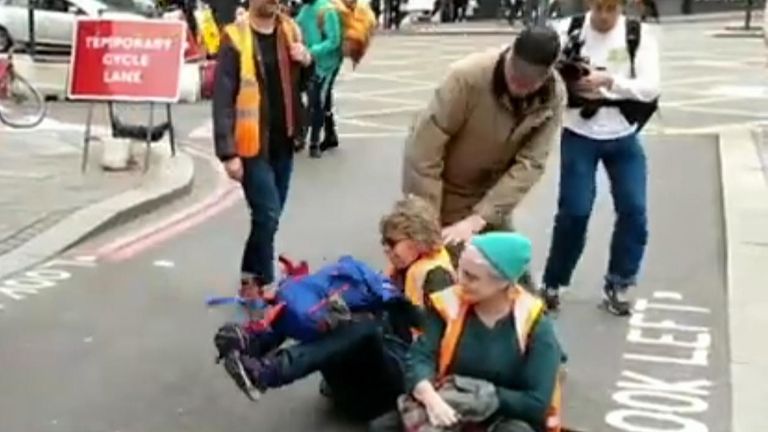 More than 350 protesters arrested in less than a month

It comes as Home Office figures reveal more than 350 Just Stop Oil protesters have been arrested in London since the start of October.

On Saturday, activists clashed with a driver who was trying to take his partner to hospital as they blocked a road in east London.

Several individuals “locked on” and glued themselves to the road on Shoreditch High Street at the junction of Great Eastern Street, with a total of 26 people arrested as a result.

It marked the 15th day of demonstrations linked to the group – which wants the government to stop issuing all new oil and gas licences.

Prices have not peaked yet, says CEO of one of the world’s largest consumer goods firms

Five charts that show how Covid-19 stopped the U.S. economy in its tracks