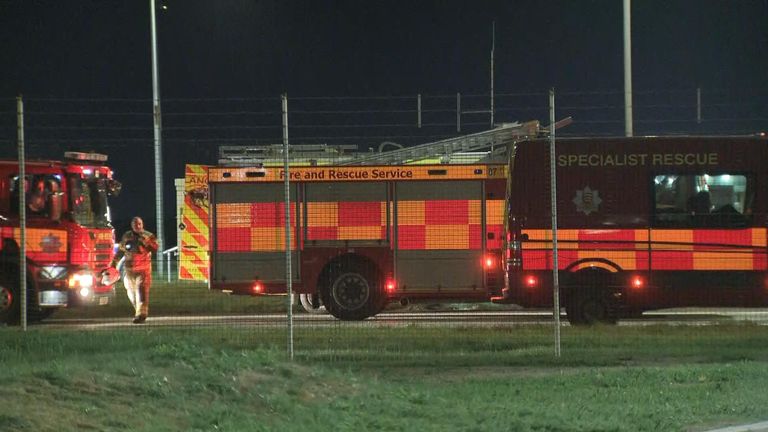 RAF fighter jets were scrambled to intercept a commercial airliner that was “causing concern” amid reports of a security alert.

Typhoon aircraft were launched to meet a Jet2 flight from Dalaman in Turkey that had been headed to Manchester.

The aircraft was safely escorted to Stansted Airport and was met by police upon landing, the Ministry of Defence said.

An RAF spokesperson said: “The RAF can confirm Quick Reaction Alert Typhoon aircraft were launched this evening from RAF Coningsby to intercept a civilian aircraft that was causing concern.”

Essex Police received a report of a potential threat on board the flight.

A force spokesperson said: “It was escorted to Stansted Airport, where it landed safely and was parked away from the main passenger terminal.”

“Officers were then able to establish there was no threat on board,” they added.

In a statement, Jet2 said: “The aircraft landed safely and taxied to a remote stand, and customers have now disembarked.

“Our teams are working very hard to look after customers, and we would like to apologise to everyone onboard for any inconvenience or upset caused by this unforeseen incident.

“We understand that the authorities were alerted to a potential security threat, however this has been downgraded and the incident has been declared as over.”

Here’s why inflation may be less costly for some retirees

The U.S. added more new energy capacity from wind than any other source last year