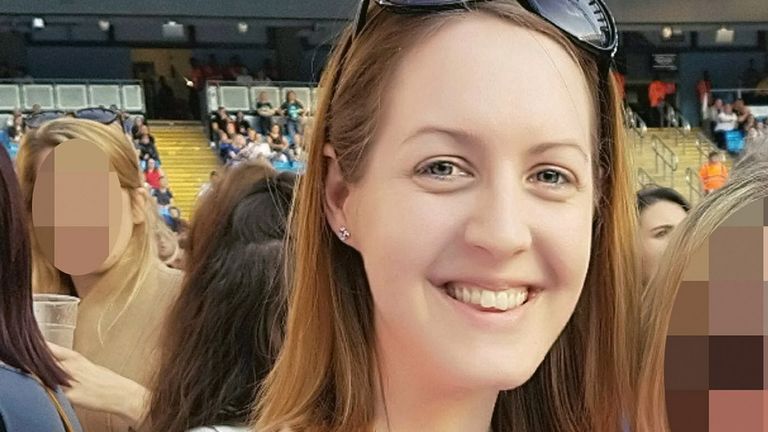 A neonatal nurse killed two out of three triplet boys and smiled after killing another premature baby girl on the fourth attempt, a court has heard.

Lucy Letby is charged with 22 counts of murder and attempted murder, involving 17 babies, and is alleged to have gone on a year-long killing spree at the Countess of Chester Hospital between 2015 and 2016.

Letby, of Arran Avenue, Hereford, has pleaded not guilty to all counts.

See the latest updates from court

Warning: This article contains descriptions of newborn and infant deaths, which some readers may find distressing

During the third day of the trial at Manchester Crown Court, jurors were told about eight babies who, the prosecution says, were attacked by Letby.

Child O died within a few minutes of Letby entering the neonatal unit, at a time when Letby was alone in his room.

Following his death, he was found to have severe liver damage beyond that expected from the CPR he had undergone.

Nick Johnson KC told the court that independent medical experts concluded the damage was “likely the result of some impact trauma”.

A consultant at the hospital said he was “particularly concerned” about Child O’s death because he had been “clinically stable” beforehand.

What happened on day two of the Lucy Letby trial

Letby was also questioned by police about why she had sent a sympathy card to the baby’s parents.

She had said this was the only time she had done it, “but it is not often the nurses got to know a family as well as they had known Child I’s.”

She accepted to officers that she had kept an image of the card on her phone.

Following Child I’s death on 23 October, Letby asked her parents if they wanted to bathe their baby daughter.

Mr Johnson told the court as the baby’s mother “bathed her recently departed child, Lucy Letby came into the room and in the words of the mother was ‘smiling and kept going on about how she was present at Child I’s first bath and how much Child I had loved it’.”

An independent medical expert concluded the “constellation of findings would strongly indicate Child I died due to unnatural causes”.

Consultants at hospital had grown suspicious of Letby

By the time Child L was attacked, in April 2016, doctors at the hospital had grown suspicious of Letby.

“By this time Letby was supposed only to be working day shifts because the consultants were concerned about the correlation between her presence and unexpected deaths/life-threatening episodes on the night shifts,” the prosecution told the court.

One consultant walked in on Letby trying to kill Child K after he had grown concerned about the baby being left alone with her, the prosecution said.

The consultant began to feel “uncomfortable” when he realised Letby was alone with the child “because he was beginning to notice the coincidence between the unexplained deaths/serious collapses and the presence of Lucy Letby”.

When he walked into the room, he noted that the infant’s breathing tube was dislodged.

“We alleged she was trying to kill Child K when the paediatric consultant walked in on her,” Mr Johnson told the court.

Letby allegedly used the haemophilia of one child – known as Child N – as a cover under which to attack him.

The disease, which causes bleeding for no reason, was attributed to many of the episodes involving the infant boy.

In one instance, the infant’s throat was so swollen and covered with “fresh blood” that a consultant was unable to get a breathing tube down.

There were more attempts made to reintubate Child N, as he was so unwell, but doctors were “unable to see down Child N’s throat because the view was obscured by fresh blood” and a specialist team had to be called in.

“Something – somebody, we say – had caused Child N to bleed again,” the prosecution said.

Child N experienced a “sudden deterioration” which was consistent with some kind of “inflicted injury which caused severe pain, distress and destabilised him”, the court heard.

Independent medical experts said this was “consistent with inflicted injury or having received an injection of air”, jurors were told.

One of the medical experts wrote: “This is life-threatening. He was also noted to be… ‘screaming’ and apparently cried for 30 minutes.

“This is most unusual.

“I have never observed a premature neonate to scream.”

Bodies of woman, 42, and 17-year-old girl found in Hampshire property