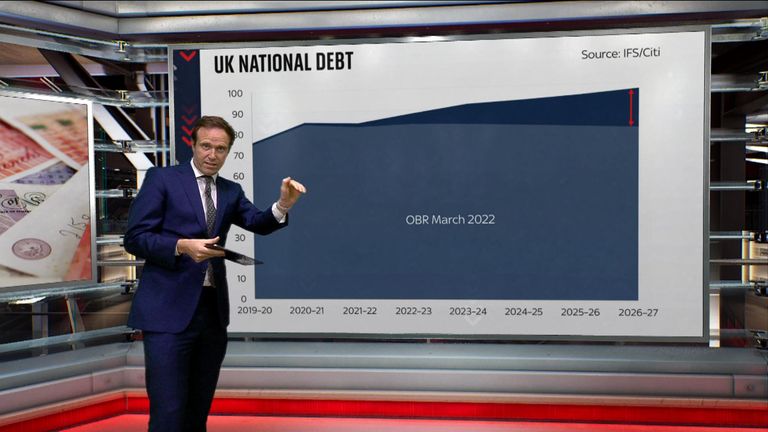 Jacob Rees-Mogg has declared his confidence in the governor of the Bank of England, but disputed that pension funds are at “systemic” risk.

Speaking to Sky News, the business secretary said “of course” he has confidence in Andrew Bailey, describing him as “respected”.

He questioned, however, whether there was a “systemic problem” with pensions after the Bank of England expanded its market intervention to help pension funds for the second time in two days on Tuesday by buying up index-linked gilts.

The Bank had warned of a “material risk to UK financial stability” with “fire sales” of assets if it did not act.

The business secretary said that on the whole, pension funds “aren’t at risk”, but added: “Some pension funds have taken some high risk investments.”

He told Sky News that the “rightly independent” Bank intervened to protect these “risky investments”.

The Bank confirmed yesterday that its emergency support operation to protect pension funds would end this week.

Mr Rees-Mogg repeatedly refused to be drawn on whether the Bank was right to signal an end to its market intervention.

He also insisted to Kay Burley that parts of the economy were in a “good state” as he admitted that after the economic turmoil of recent weeks his own mortgage payments have gone up.

“Mortgage rates have gone up for everyone who has a mortgage, and I have a mortgage,” he said.

“Any floating rate mortgages have gone up.”

‘Be careful about forecasts’

Earlier this morning, new Office for National Statistics figures indicated that the economy shrank by 0.3% between July and August, a fall from downwardly revised growth of 0.1% the previous month.

“The previous quarter’s figure showed a contraction [and] was then revised to show economic growth. So, be very careful about how you interpret figures immediately after they’re released,” he told Sky News.

“It’s a small amount of a very large economy, but these figures are notorious for being revised afterwards.”

The business secretary also refused to indicate his own view on whether benefits should rise in line with inflation, an issue that has split the Conservative Party.

“We haven’t yet had the inflation figure on which benefits will be set. So, that is something that will be decided once the figure is available,” he said.

“Most predictions, most economic forecasts, turn out to be inaccurate rather than spot on. So, one has got to be careful about forecasts.” 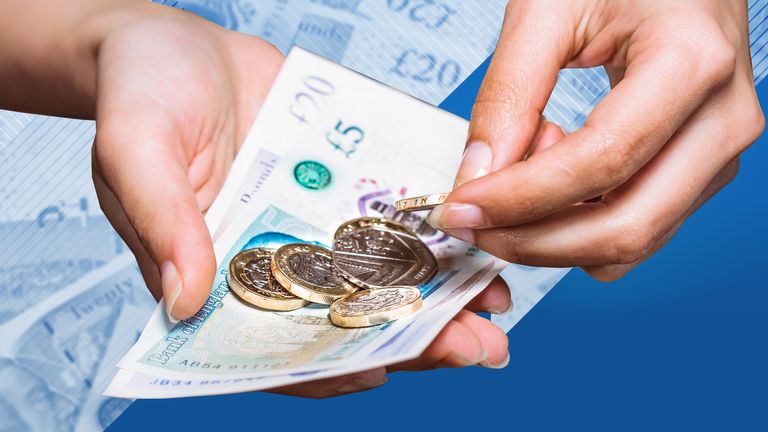 Are we set for another era of austerity?

Mr Rees-Mogg said the decision on benefits would be made once inflation figures come out.

“There is a process for making this decision,” he said.

“The statutory instrument has to be laid in November to put through the increase. That will be done in the normal way. This is completely routine governmental decision-making.”

In the Commons on Tuesday Julian Smith, a former cabinet minister, warned Kwasi Kwarteng, the chancellor, that the government must not balance tax cuts “on the back of the poorest people in our country”.

The government has already been forced to abandon plans to scrap the top 45p rate of tax in the face of a threatened revolt.

On Tuesday, the International Monetary Fund warned that Mr Kwarteng’s package of unfunded tax cuts was making it harder for the Bank to get soaring inflation rates under control.

The Institute for Fiscal Studies has warned the chancellor he will have to find £60bn in public spending cuts if he persists with his tax plans.

Asked what happens after the Bank stops buying bonds on Friday, the chancellor told reporters on Wednesday: “Well, it’s a matter for the governor.”