The pace of price rises for essential groceries has hit a new record high, according to a report looking at changes to shopping habits.

Grocery inflation is running at 13.9% over the 12 weeks to 2 October – meaning that the average annual bill was £643 more expensive, Kantar Worldpanel data shows.

It marked a sharp increase compared to a month ago when the rate was reported at 12.4%, adding £571 to the average annual bill.

Rising food prices have been a major factor behind recent upwards pressure on the consumer prices index (CPI) measure of inflation – currently standing at 9.9% – which tracks the extent of the cost of living crisis pain being felt by households.

Rising energy bills, linked to Russia’s war in Ukraine, have been the main component behind surging costs across the economy this year.

However, government aid for households and businesses, through caps on wholesale gas and electricity costs, should help limit inflation spikes this coming winter.

Kantar’s report showed that the products which continued to see the highest price increases were milk, dog food and margarine while stronger demand for cheaper, own label, supermarket brands remained evident too.

For example, marmalade sales were found to have risen 18% in the wake of the Queen’s death last month.

It is believed to be linked to the popularity of her Platinum Jubilee TV appearance with Paddington Bear, that also saw mourners placing toy bears among floral tributes outside royal palaces during the official period of mourning.

Kantar Worldpanel also noted that sales of wonky vegetables – traditionally cheaper than ‘normally-shaped’ goods – were 38% up on the previous month as autumnal temperatures arrived following the hot summer.

Fraser McKevitt, head of retail and consumer insight at Kantar, added: “With an eye on rising energy bills, shoppers appear to be searching for cheaper ways to cook as they try to avoid using their ovens.

“Sales of cooking appliances including slow cookers, air fryers and sandwich makers, which generally use less energy, are up by 53%.

“Meanwhile sales of duvets and electric blankets have grown by 8% while candles increased by 9%, suggesting people may be preparing for possible winter blackouts.” 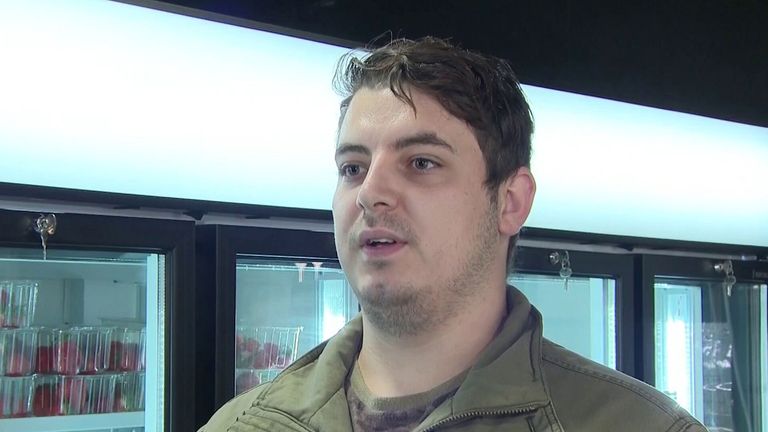 ‘I have to choose which bills I pay’

The Kantar report was released as wider data covering shopping habits was released separately by the British Retail Consortium (BRC) and Barclaycard.

The BRC-KPMG retail sales monitor showed that the value of sales grew last month, by 2.2%, on the back of price rises while sales volumes continued to ease as people “shopped cautiously”.

It showed that so-called big ticket items, such as furniture, remained in the doldrums.

It backed the Kantar finding that people were seeking more energy-efficient means of cooking – along with warmer winter fashion.

Barclaycard noted that essential spending grew by the smallest level so far this year, at 3.3%, as shoppers assessed their budgets.

Esme Harwood, a director at the card operator, noted: “Energy price increases are understandably causing concern for Brits, as they worry whether they will have enough money to cover their household bills.

“Consumers are taking a savvy approach to budgeting as they reduce spending on discretionary items and seek more value in their weekly shop, which is having a knock-on effect on retail and hospitality sectors.”

‘Please reflect on the situation’: Poorest will suffer most if wages and prices rise to reflect inflation, BoE governor warns