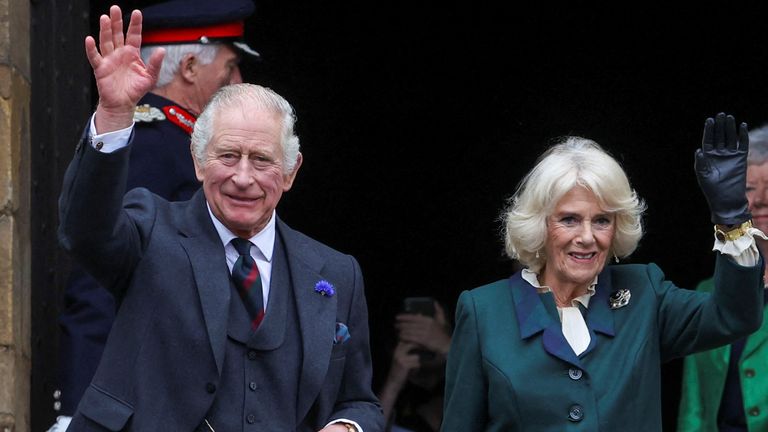 We’re being promised a glorious spectacle that hasn’t been seen for 70 years.

The date, 6 May, is not symbolic. Rather, it was described to me as the most practical and pragmatic date Buckingham Palace could settle on following consultation with the church and government.

It’s simply a date when there aren’t any clashes with other cultural, religious, political or sporting events.

And with a congregation from across the Commonwealth and across the world expected, nor are there any other big events on the international stage that weekend next year.

Logistically, it is hoped that a May coronation gives enough time for preparation.

Following speculation about a slimmed down event, the Palace has confirmed it will be something that reflects the monarch’s role today and will look towards the future, while being rooted in longstanding traditions and pageantry.

What it will look and feel like is difficult to predict – a commission is being formed to lead the planning process.

Will the new monarch try to cut costs and signs of excess? I am told that the overriding wish is that the ceremony is reflective and respectful.

It is a very different time to that of 1953, when the Queen was crowned, just eight years after the end of the Second World War.

Rationing did not end until the following year. In a parallel with that period, the Palace is aware of the economic struggles many are facing now, amid a cost of living crisis, and will not want to be accused of being tone deaf.

Read more:
What will King Charles’s coronation involve – and will there be a bank holiday?
Why will Camilla be crowned – and what may happen during ‘simpler ceremony’?

While it will have a religious ceremony at its core, I would anticipate it is likely to be less than two hours in duration, but more than one.

For the Queen, a three-hour ceremony was held.

I get the impression the Palace will be guided by what the public wishes to see: if they sense we want a celebration, like many enjoyed around the Platinum Jubilee, that is what they will aim for.

Naturally, though, the traditional, core elements that have been at the centre of coronations for more than a thousand years are guaranteed.

But this time it will be the coronation of a monarch who, more than anything, wants to show he is in touch, especially on diversity, and at the helm of an institution that is respectful of what Britain is today.

Jeremy Hunt warns of making ‘difficult decisions’ on spending and tax – as he admits government went ‘too far, too fast’

‘They’re not patriots’: Fans who boo England’s taking the knee criticised ahead of Euro opener