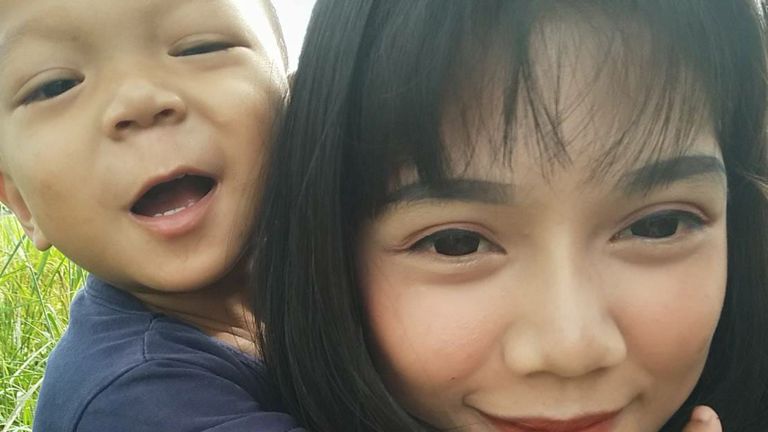 At Udon Thani hospital, we witness an unbearable procession of grief.

We’re standing by a narrow road as a convoy of vehicles arrive. Inside, are the bodies of the dead from the worst mass shooting in Thailand‘s history.

A freezer truck pulls up and coffin after coffin emerges. Medical workers line the street frantically trying to get in line to carry the coffins to the doors of the hospital.

Many are brightly coloured, some adorned with decoration. The line looks endless. It looks like an assembly line.

What confusion and horror must have filled their eyes when they saw the attacker walk into their safe space, a place that’s meant to be a haven for play and learning.

The details are sickening. So many were killed as they were taking an afternoon nap. Some of the teachers have described begging the gunman for mercy.

One was apparently killed as she held a child in her arms. One official tells me very few survived.

But at Nong Bua Lamphu hospital, we find some hope.

Sitting outside the intensive care unit, I meet Joy, whose son Sumaee has just had two bullets removed from his head by two skilled neurosurgeons.

Joy tells me he was stabbed in the head and then shot twice.

His mother went to the school when she heard the horrifying news. She describes in visceral detail seeing bodies and blood everywhere.

“I fainted,” she says. But then, her husband spotted Sumaee being carried out by a rescue team on to an ambulance.

Joy said she tried to focus all her energy on reassuring him. “I was holding his legs and feet in the ambulance and trying to tell him to be strong.”

She cries as she shows me picture and videos of them together over the years.

What unfathomable violence he witnessed. And what utter depravity his mother has now seen up close.

Her distress is compounded by the last exchange she had with him, which she keeps playing over in her mind.

He’d begged her not to go to school. “But I forced him,” she says.

They are the conversations so many of us have had at some stage with our children. Her sense of regret is crippling to hear.

She, like every other parent and every other child that day, had every reason to assume they were safe.