Liz Truss has ruled out launching an energy-saving public information campaign amid warnings planned three-hour power blackouts could be imposed in some areas.

Business Secretary Jacob Rees-Mogg is believed to have backed a £15m campaign this winter, with The Times reporting the idea was blocked by No 10.

It said the campaign was seen as “light touch” and included measures designed to help people save up to £300 a year, which included lowering the temperatures of boilers, turning off radiators in empty rooms and advising people to turn off the heating when they go out.

The paper quoted a government source describing the campaign as a “no-brainer” and saying No 10 had made a “stupid decision,” but it added Ms Truss is said to be “ideologically opposed” to such an approach as it could be too interventionist.

Asked to comment on the report, the Department for Business, Energy and Industrial Strategy issued a statement on behalf of the government in which it insisted ministers are not launching a campaign and “any claim otherwise is untrue”.

Ms Truss earlier sought to downplay concerns, though stopped short of explicitly offering a guarantee of no blackouts.

The National Grid Electricity System Operator (ESO) warned households and businesses might face planned three-hour outages to ensure that the grid does not collapse in the “unlikely” event gas supplies fall short of demand.

A government spokesman said: “The UK has a secure and diverse energy system.

“We have plans to protect households and businesses in the full range of scenarios this winter, in light of Russia’s illegal war in Ukraine.

“To strengthen this position further, we have put plans in place to secure supply and National Grid, working alongside energy suppliers and Ofgem, will launch a voluntary service to reward users who reduce demand at peak times.

“We will continue to work internationally on tackling rising energy prices and ensuring security of supply, but there are no current plans to follow the EU’s decision.

“However, ministers are not launching a public information campaign and any claim otherwise is untrue.”

The concern over planned blackouts is reminiscent of the 1970s response to the miners’ strikes and oil crisis.

The Three-Day Week was introduced from 1 January 1974, with commercial users of electricity being limited to three consecutive days of consumption each week, with pubs and restaurants closed on quiet days and TV companies barred from broadcasting after 10.30pm.

Essential services such as hospitals, supermarkets and newspaper printing presses, were exempt. 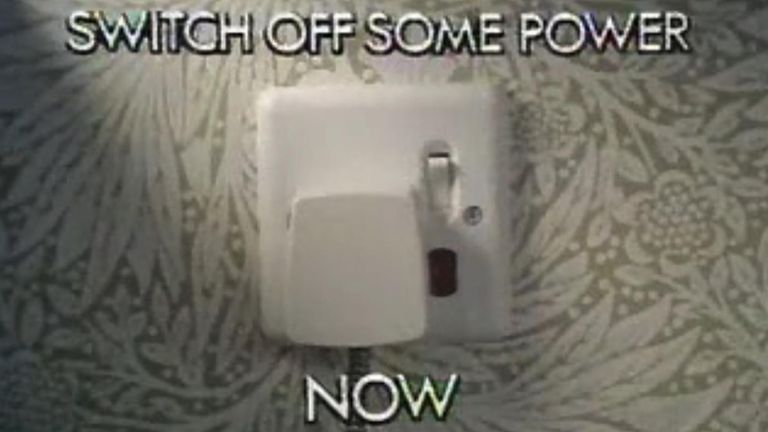 The lights will stay on this winter unless the gas-fired power plants that produced 43% of Britain’s electricity over the last year cannot get enough gas to continue operating.

The margins between peak demand and power supply are expected to be sufficient and similar to recent years in the National Grid ESO’s base case scenario for this winter.

But in the face of the “challenging” winter for European energy supplies in the aftermath of Russia’s invasion of Ukraine, the grid operator is planning for what could happen if there were no imports of electricity from Europe.

There are two gigawatts of coal-fired power plants on standby to fire up if needed to meet demand following a loss of imports from France, Belgium and the Netherlands.

Ms Truss, pressed to guarantee there will be no blackouts, told reporters during a visit to the Czech Republic: “What we’re clear about is that we do have a good supply of energy in the UK, we’re in a much better position than many other countries, but of course there’s always more we can do, and that’s why I’m here working with our partners, making sure we do have a secure energy supply into the future.”

Ms Truss added: “We do have good energy supplies in the UK, we can get through the winter, but of course I am always looking for ways that we can improve the price for consumers.

“That’s why we put in place the energy price guarantee as well as making sure we have as much supply as possible.”

Ministers write to parents after latest estimates show around 270,000 secondary pupils have COVID