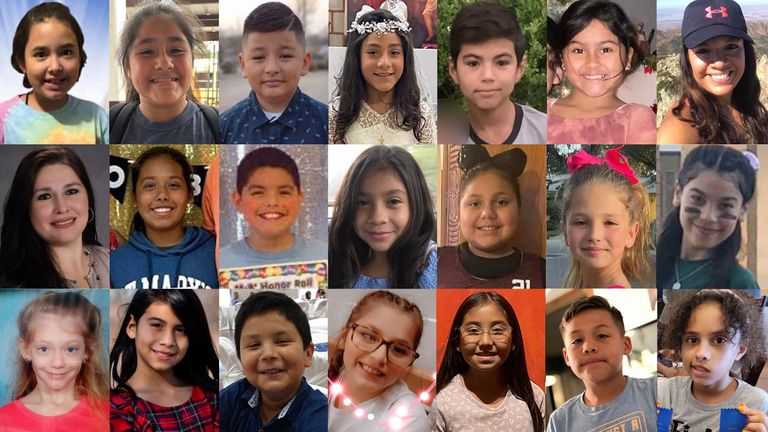 The school district at the centre of the mass shooting at a primary school in Uvalde, Texas, has suspended its entire police force.

Following a review conducted into the massacre at the Robb Elementary School in which 21 people, including 19 children, were killed, the district has announced two police officers will go on “administrative leave” and the entire department’s activities will be suspended.

The shootings in May were the deadliest at an American school since 26 people were killed in the Sandy Hook attack in Connecticut in 2012.

Uvalde’s district police chief was sacked in August over the hesitant response by hundreds of heavily armed law enforcement officers to the killings carried out by high school dropout Salvador Ramos.

A state-led investigation is currently under way into all events that day, but in an announcement on Friday, Uvalde’s Consolidated Independent School District (CISD), admitted “recent developments have uncovered additional concerns with department operations”.

A statement from the body said: “Lt. Miguel Hernandez and Ken Mueller (director of student services) have been placed on administrative leave, and the district has made the decision to suspend all activities of the Uvalde CISD Police Department for a period of time.

“Officers currently employed will fill other roles in the district.”

School districts in the US often have a police department attached to them.

US lawsuit filed against Prince Andrew over alleged sex abuse