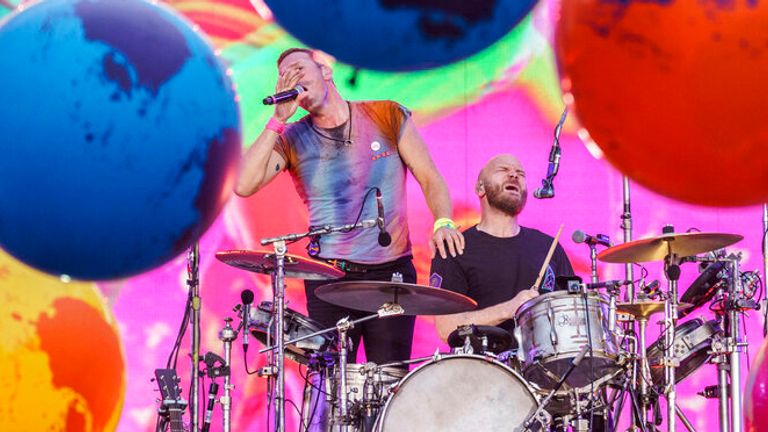 Coldplay frontman Chris Martin is suffering from a “serious lung infection”, the band has announced, forcing them to cancel upcoming shows in Brazil.

In a statement released on the Coldplay social media sites, the band said they would postpone shows in Rio de Janeiro and São Paulo until early next year but are “optimistic” that Martin will recover after a break.

They had been due to play eight shows in the South American country between 11 and 22 October as part of their Music Of The Spheres world tour.

“With deep regret, we’ve been forced to postpone our upcoming shows in Rio de Janeiro and São Paulo until early 2023,” the band said.

“Due to a serious lung infection, Chris has been put under strict doctor’s orders to rest for the next three weeks.”

Promising fans they were “working as fast as possible to lock in the new dates”, they said more information would follow in the next few days.

“To everyone in Brazil who was looking forward to these concerts, we’re extremely sorry for any disappointment and inconvenience, and we’re so grateful for your understanding at this challenging time where we need to prioritise Chris’ health,” the statement continued.

“We’re optimistic that Chris will return to good health after the prescribed medical break and look forward to resuming the tour as soon as possible.

“To everyone affected, please accept our sincere apologies, and thank you as always for your love and support.”

Band says ‘hold on to tickets’

The band urged fans to hold on to tickets as they will remain valid for the rescheduled shows, but also said they would honour all requests for refunds.

Following the Brazil shows, Coldplay are due to start a run of 10 shows in Buenos Aires, Argentina, on 25 October. These shows are still scheduled to go ahead, according to the tour details on the band’s website.

The next gigs after these are due to take place in 2023, when the band tour in Europe, including dates in the UK.

After previously voicing concerns about the environmental impact of touring, Coldplay pledged to make the Music Of The Spheres tour as sustainable as possible, using 100% renewable energy in almost all locations, and featuring power bikes and kinetic dancefloors allowing fans to help power the show.

Has the mystery of the real Goonies shipwreck finally been solved?

Not 21 anymore but has the keys to the door: Adele and boyfriend Rich Paul share pics of new home