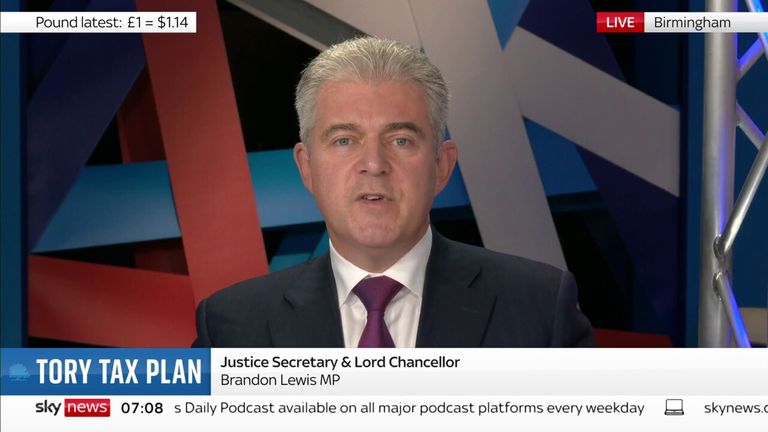 Liz Truss has refused to commit to raising benefits in line with inflation, despite growing pressure from a cabinet minister and senior Tory MPs.

The prime minister said she was “fully committed” to raising pensions, but that “no decision” had been made on the benefit uprate promised by her predecessor Boris Johnson.

“It’s very difficult when you are a pensioner to adjust your income in any way,” she told Nick Ferrari on LBC.

“People are facing higher prices. Of course, what we’re doing on the energy price guarantee will help people with those prices. Now, no decision has been made yet on benefit uprating. That decision will be made in due course.”

Asked if she will rule out austerity, she said she has committed to reducing debt as a proportion of national income over the medium term.

“Well, I wouldn’t use the term you describe. What I’m talking about is fiscal responsibility,” she added.

The House of Commons Leader added: “We want to make sure that people are looked after and that people can pay their bills. We are not about trying to help people with one hand and take away with another.”

Ms Mordaunt appears to have taken a different line to Brandon Lewis, the justice secretary – hinting at a cabinet split on the matter.

He refused to give his position when asked about the government’s plans to uprate benefits on Sky News, telling Kay Burley: “There is a process around this that the Department for Work and Pensions, Chloe Smith, the secretary of state, works through.”

The comments come after a slew of senior Tories called on the PM to row back on cutting public spending in the middle of the cost of living crisis.

On Monday, senior Conservative MP Damian Green told Sky News: “The government should uprate in line with inflation. The previous government said it was going to, so people are expecting this.”

The latest row comes as the government dramatically dropped its plans to abolish the 45% tax rate on earnings over £150,000 following widespread criticism, including from Tory MPs.

How to know when oil prices will cause a recession, and what to invest in

UK PM Truss to unleash billions to help with energy bills. But there are big questions over funding