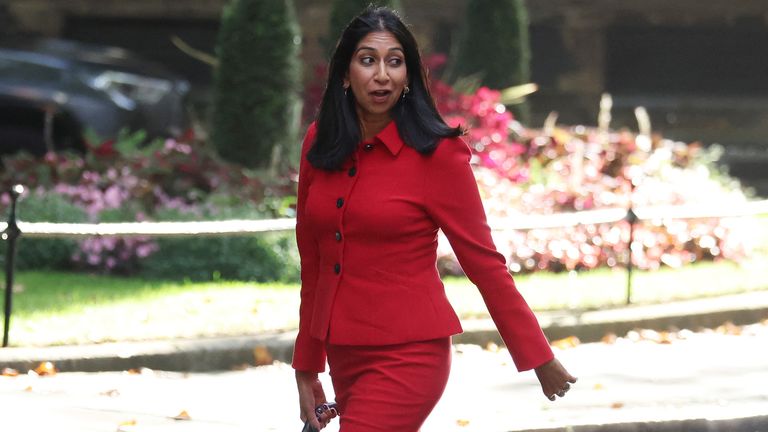 A law allowing the deportation of illegal migrants and effectively banning them from claiming asylum could be introduced by the home secretary as she unveils plans for another “crackdown” on Channel crossings.

In her first major speech to the Conservative Party conference, Suella Braverman is expected to set out proposals for legislation that will go further than the Nationality and Borders Act.

At the event in Birmingham, she will outline how to make “use of the powers” in the current legislation and pledge to “use every tool” at the government’s disposal to stop illegal migrants from crossing the Channel.

Under the Nationality and Borders Act, which was introduced in June by former home secretary Priti Patel, people entering the UK illegally or overstaying a visa face up to four years in prison.

Asylum claims from those travelling through “safe” third countries, such as France, are inadmissible, but there are some exceptions to the rule.

However, Ms Braverman intends to “commit to looking at new legislative powers” to allow the government to ban anyone who comes to the country illegally.

She will also announce plans to increase the level of migrant interceptions carried out by French authorities in the Channel and more British support to tackle criminal gangs responsible for the dangerous crossings.

It comes as almost 33,000 people have arrived in the UK by completing the journey so far this year, including 7,767 in September alone.

What will the home secretary say?

While the home secretary is expected to say the UK will “always make sure” people who are “genuine asylum seekers” will be settled in the country, she will also set out her intention to “remove the incentive” for migrants to cross the Channel.

“It’s right that we extend the hand of friendship to those in genuine need. This country has always done so,” she is due to say during her speech.

“It did so for my father in the 1960s as a young man from Kenya. We have now welcomed hundreds of thousands of people fleeing Syria, Hong Kong, Afghanistan, and Ukraine.

“At the same time we should use our newfound control to deliver the kind of immigration that grows our economy, for example that helps projects that have stalled or builds relationships with our friends and allies.

“Parts of the system aren’t delivering. We need to end abuse of the rules and cut down on those numbers that aren’t meeting the needs of our economy.”

Ms Braverman, who was appointed home secretary in September, will go on to lay out plans to ensure the UK’s illegal immigration policy “cannot be derailed by abuse of modern slavery laws, the Human Rights Act or the European Court of Human Rights”. 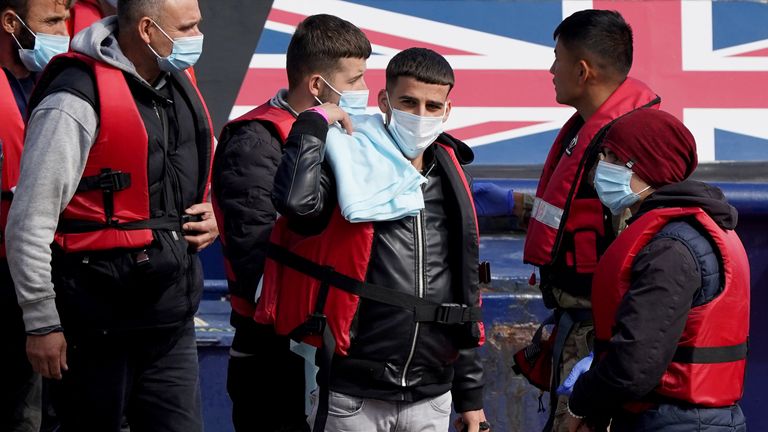 What are the rules under the current legislation?

Under the Nationality and Borders Act, which has been deemed “barbaric” by critics, people smugglers face a maximum sentence of life imprisonment and people illegally entering the country can be jailed for up to four years.

It also gave the government broad powers to send asylum seekers to offshore detention facilities, and earlier this year, the Rwanda deportation plan was introduced.

The government said the scheme, which takes asylum seekers to Rwanda, will cut the incentive and deter migrants from trying to enter the UK.

But it was immediately challenged in court, and the first and only flight to Kigali was grounded after a last-minute intervention by the European Court of Human Rights.

A legal challenge against the controversial policy was launched last month, with the High Court told that Rwanda is subject to “extreme levels of surveillance that does not tolerate political opposition”.

Energy strategy set to be revealed is ‘more of a medium term answer’ to crisis, minister admits