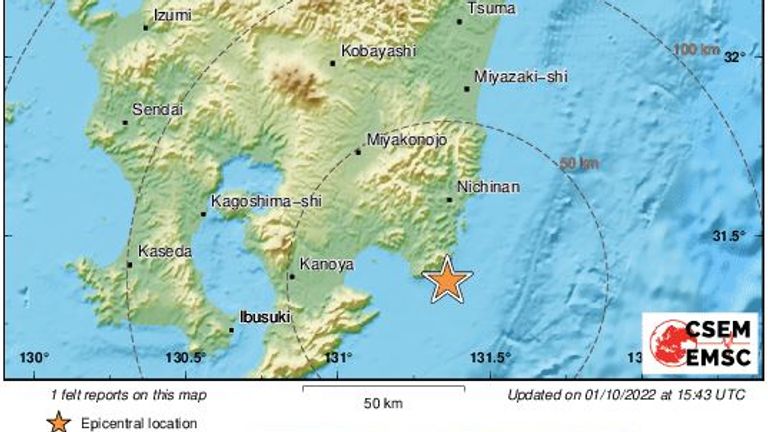 The quake, which hit the country’s southernmost of its four main islands, was 25 miles (40 kilometres) below the earth’s surface.

According to the Japan Meteorological Agency, the earthquake’s epicentre was located off the east coast of the Osumi Peninsula, in the southern part of the island.

Japan experiences frequent earthquakes due to its geographical location.

It sits on the “Ring of Fire” arc of volcanoes and oceanic trenches that partly encircles the Pacific Basin.

In 2011, the deadly Tohoku 9.0 magnitude earthquake and tsunami killed nearly 20,000 people and caused the meltdown of three nuclear reactors at the Fukushima Daiichi Nuclear Power Plant.

Bodies in basements, mass graves and evidence of torture – the town Russian troops left behind