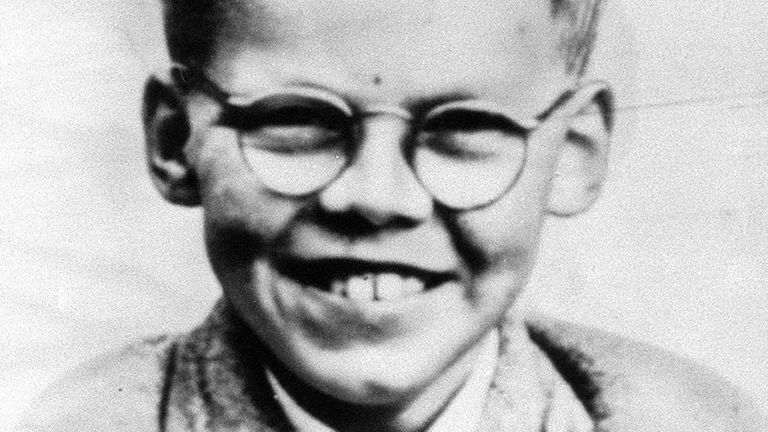 Suspected human remains have been found in the search for the final victim of the Moors murderers Ian Brady and Myra Hindley.

The remains were found by an author who had been researching the murder of Keith Bennett, a 12-year-old boy who went missing in 1964 and whose body has never been found.

His findings were reported to Greater Manchester Police (GMP), which confirmed it was investigating.

Martin Bottomley, its review officer, said the author had “discovered what he believes are potential human remains in a remote location on the Moors”.

He met with officers on Thursday afternoon to take them to the site of interest, which was assessed that night.

“It is far too early to be certain whether human remains have been discovered and this is expected to take some time.”

Keith’s surviving brother has been told about the investigation, the force said.

It could be a major breakthrough in a case that has been open since the early 1960s.

Brady and Hindley sexually assaulted, tortured and murdered five children over two years in the 1960s.

The bodies of four of their victims were found buried on Saddleworth Moor in the south Pennines, but Keith’s remains have never been found.

He was taken on 16 June 1964 after going to visit his grandmother.

Brady died at Ashworth High-Security Hospital in Maghull, Merseyside, where he had been imprisoned since 1985.

He died without revealing where Keith was buried.

Keith’s mother, Winnie Johnson, spent her life tirelessly fighting for justice and the right to give her son a Christian burial.

The former hospital worker and mother of nine died of bowel cancer in 2012 without knowing what had happened to him.

Mrs Johnson, who was a single mother, made a final plea to Brady in the weeks before her death to tell her where her son’s body was.

Speaking after her death, her friend Pam Ayres said: “She never gave up, I expect to her dying breath she wouldn’t have given up. Certainly, with every bit of her spirit and her will, she wouldn’t rescind that power to those people who took him.”

John Ainley, the lawyer for Keith’s brother, Alan, said he had spoken to him about the development.

“My client is keeping an open mind on the latest report having regard to earlier such reports that have raised expectations but not resulted in finding Keith’s body.

“Naturally, the family are hoping that Keith has been found after all these years and their tireless efforts to find closure.

“I understand Greater Manchester Police are investigating a site of interest but that it will take some weeks to establish whether there is a connection with Keith.”

Christmas could be ‘problematic’, says Van-Tam as he warns pandemic is ‘not over’

‘I thought they were being kind’: ‘Cuckooing’ victim reveals how drug dealers took over her flat

Queen to spend Christmas Day with Charles and Camilla

Bale Ale, bucket hats and flags: ‘Buzzing’ Wales fans head to Qatar for ‘once in a lifetime’ World Cup