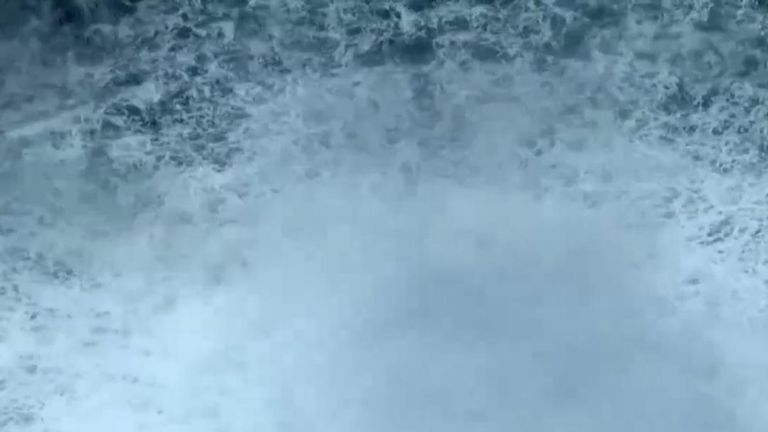 North Sea energy firms and British authorities are reassessing the security of oil and gas rigs against interference after damaged Nord Stream pipelines began spewing gas into the Baltic Sea.

Offshore Energies UK said industry chiefs are investigating whether the UK can implement any additional security measures from other countries, and in particular Norway, which stepped up security on Tuesday after mysterious drones flew close to its offshore rigs.

Mark Wilson, OEUK’s safety director, said that no “drones or unusual activities” have been detected around “key infrastructure points” in UK waters, and that all measures are “precautionary,” “proportionate” and “pragmatic”.

He stressed onshore and offshore installations already have “good security and emergency protocols,” with workers “well-versed” in their responses through practice scenarios.

But he said OEUK’s members, which include oil, gas and clean energy providers, are checking if they can build “further resilience”.

A fourth leak on Nord Stream pipelines was announced today as Russia denied accusations of sabotage.

The MI5 threat level has not changed since the attack, Mr Wilson pointed out. It has remained at substantial, the third of five categories, since February.

The UK has around 260 installations producing oil and gas on its continental shelf, with 11,000 workers living offshore at any one time.

Mr Wilson added that cybersecurity is an “ongoing activity” and they have detected no increase in “momentum” since Russia – believed by UK intelligence to be behind a significant number of global cyber attacks – invaded Ukraine.

The industry group is working with the business and energy department and the Centre for the Protection of National Infrastructure (CPNI), but MI5, the Royal Navy and RAF could be drafted in to assist if the threat escalates.

In the same briefing, OEUK discussed the forthcoming licensing round for oil and gas exploration in the North Sea, saying it was necessary in order to maintain current production levels and energy security.

Market intelligence manager, Ross Dornan, insisted there were “environmental benefits” for the UK from further development in the North Sea basin, including the fact that production methods there are low-emission and that shipping distances are smaller.

Responding to a question from Sky News about the fact fossil fuels are sold on international markets, he said gas tends to be “very local in its consumption,” but acknowledged that oil, which is easier to ship, tends to be exported first and then reimported as goods, since the UK has few refinery and manufacturing facilities.

Campaigners have fiercely opposed new fossil fuel fields in the North Sea, with Cambo being an example of one that ended up in court. The International Energy Agency, says no new fossil fuel production is compatible with the 2050 net zero target.

Mr Dornan said we was confident in the climate compatibility assessments and that “new licensing is compatible with our net-zero requirements”.

Rebecca Ikumelo: Who was the ‘adorable mother’ known for her ‘kindness and love’ who died after Brixton Academy crush?