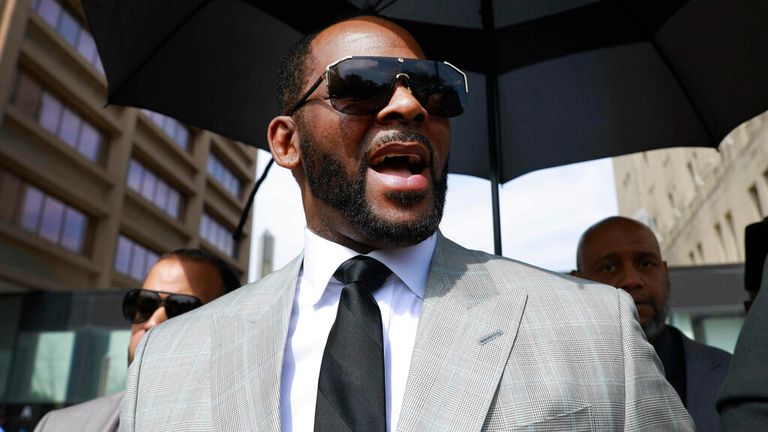 R&B singer R Kelly has been ordered to pay over $300,000 (£276,000) to one of his victims, to cover the cost of herpes treatment and psychotherapy for abuse inflicted on her.

The victim, who remains anonymous, has accused Kelly of giving her the sexually transmitted disease during one of their encounters.

The restitution order by District Judge Ann Connelly is still being finalised.

The disgraced singer, 55, is already in prison, serving 30 years for racketeering, relating to bribery and forced labour.

Earlier this month he was convicted of six out of 13 counts in a trial related to images of child abuse and enticing minors for sex.

He was acquitted on an additional pornography count as well as a conspiracy to obstruct justice charge accusing him of fixing his child pornography trial in 2008.

The Grammy winner was found to have created an elaborate scheme to sexually exploit aspiring young singers and children.

Kelly – whose full name is Robert Sylvester Kelly – appeared at Wednesday’s hearing at a federal court in Brooklyn via videolink from prison in Chicago.

He is known for songs including his first number one single Bump N’ Grind and 1996 hit I Believe I Can Fly.

While abuse allegations began circulating in the 1990s, it was following the #MeToo reckoning and the 2019 series Surviving R Kelly that questions really began to be asked.

Based on his earlier convictions Kelly will not be eligible for release until he is about 80. These new convictions could add years to his existing sentence.

Two further trials are also pending, one in Minnesota and another in Chicago.

Aqua superPower turns on its first marine fast charger in US