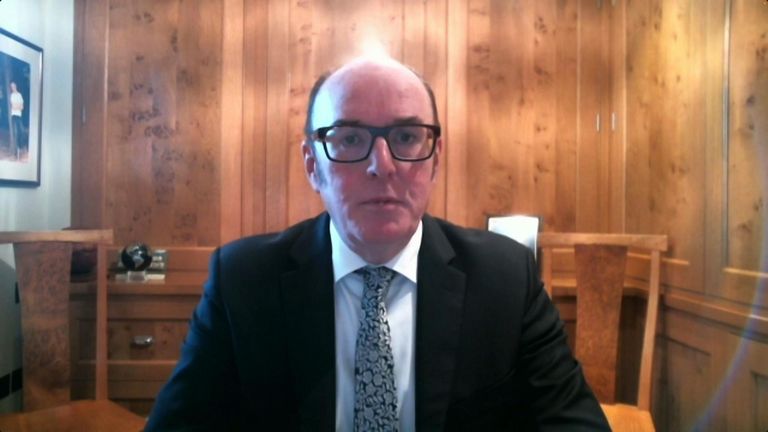 Prime Minister Liz Truss’s external adviser on the economy has told Sky News that the chancellor had “taken his eye off the ball” and “overstepped the mark” with his mini-budget.

Gerard Lyons, who is often referred to as Ms Truss’s favourite economist, said the the chancellor, Kwasi Kwarteng failed to adequately prepare the financial markets ahead of his announcement.

Speaking on The Take with Sophy Ridge, Mr Lyons said: “The chancellor, whilst he had focused on the general public and on British businesses, he had not really prepared the financial markets fully.

“And I think he had taken his eye off the ball slightly, shall we say, in having not prepared the markets for what he was doing in the budget and I felt that he overstepped the mark last week.

“So it was a combination of all three factors – the febrile markets because of the global backdrop, the actions of the Bank of England last Thursday, but let’s be in no doubt, it was primarily the mini-budget last Friday that triggered this latest series of events.”

Asked if he had had any conversations with Ms Truss or her team, Mr Lyons said he had “made my thoughts known”. He said he was “highlighting in my writing… about the febrile state of the markets and the need to keep the markets onside”.

Pushed on whether they had taken his advice, he said: “Well, sometimes people listen, sometimes they don’t, but there were positives that came out of it. But as we saw last Friday, there was just not enough in line with what the markets had been prepped for and were expecting.”

Despite his remarks, Mr Lyons said the mini-budget was “very positive in many respects”.

He said it was “very much on a pro-growth agenda” which was needed to “break out of this low-growth phrase”.

‘Mini-budget not what the markets were expecting’

One minister told Sky’s deputy political editor Sam Coates that it was “bulls***t” to say market movement was related to the mini-budget announcement.

And on The Take with Sophy Ridge, chief secretary to the Treasury Chris Philp denied that the government had any responsibility and said there would be no change of course. 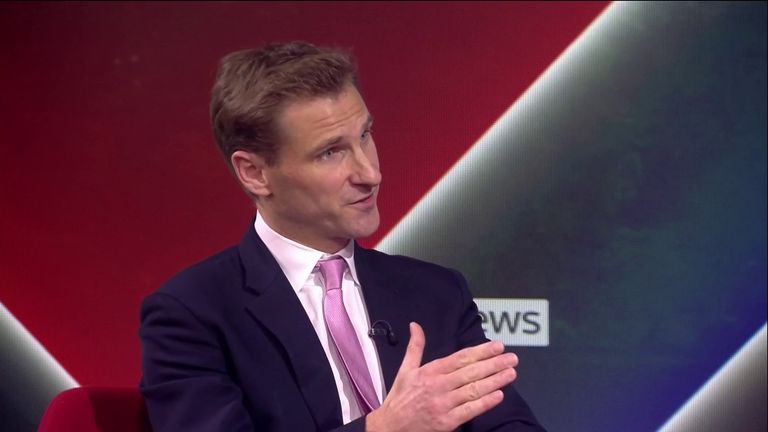 Chris Philp, the chief secretary to the Treasury, was bullish on tax cuts

“Getting Britain’s economy growing is so important. Important to raise wages and important to pay the tax bills of the future,” he said.

Mr Philp suggested benefits may not be increased in line with spiralling inflation. He said a commitment by the former chancellor Rishi Sunak to put up benefits in line with inflation was under consideration amid reports different government departments have been asked to draw up plans for efficiency savings.

Mr Philp told ITV’s Peston: “We are going to look for efficiencies wherever we can find them.”

But he said the Treasury would not commit to an expected increase in benefits in line with inflation.

Pressed about the decision, he said: “I am not going to make policy commitments on live TV, it is going to be considered in the normal way, we will make a decision and it will be announced I am sure in the first instance to the House of Commons.”

On Wednesday the Bank of England was forced to launch an emergency government bond-buying programme to prevent borrowing costs from spiralling out of control and stave off a “material risk to UK financial stability”.

The Bank will buy as many long-dated government bonds as needed between now and 14 October in an effort to stabilise financial markets.

The announcement had an immediate effect on the market, with data showing 30-year bond yields fell back to 4.3%, having risen to levels above 5% not seen since 2002, earlier on Wednesday. There were similar falls for 20-year yields.

Ms Truss is expected to face public questioning about her economic plans for the first time today as she tours regional BBC radio stations in a round of interviews. Neither the prime minister nor the chancellor were anywhere to be seen or heard on the economy on Wednesday.

Storm Barra: More ice, wind, and rain to come, along with flooding

UK to reopen Kyiv embassy in show of support for Ukraine