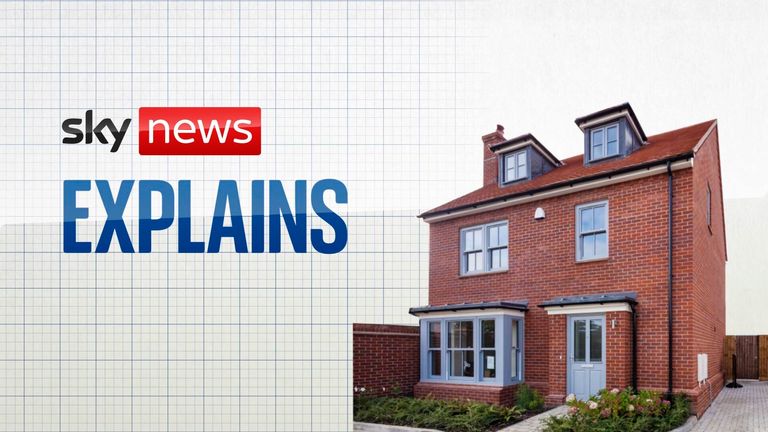 The government’s financial plan is “breathtaking in its audacity”, according to British actor Steve Coogan.

Speaking to Sky News, the comic – who is a long-time, vocal Labour supporter – says following last week’s mini-budget, which included tax cuts for top rate payers, even Conservatives are questioning the future of their party.

Tory MP Simon Hoare said earlier on Twitter: “These are not circumstances beyond the control of Govt/Treasury. They were authored there. This inept madness cannot go on.”

“There are so many vulnerable people out there – not just people on the margins of society, people front and centre in society who have jobs and who contribute and who are taxpayers – who are going to be struggling,” he added. “And to see the government give tax breaks to the 1% is breathtaking in its audacity.

“And based on some theoretical idea that trickle-down economics will end up helping those at the bottom. There was a 30-year experiment in trickle-down economics, and it didn’t trickle down to those who needed it most, it stopped about halfway, and I don’t see any reason why it should be any different now.”

Coogan, who is himself a higher rate taxpayer, says he’s very much opposed to the changes.

“Lots of people would like a tax cut, whether they deserve it or whether it’s right or moral or just is another thing.

“I certainly don’t want one, but I’m an individual – that money should be spent helping people in most need.”

‘The Conservatives don’t have a good record on the arts’

With question marks over the future of the BBC and Channel 4, Coogan, whose latest film The Lost King is about to come out in cinemas, says it could be a difficult time for the arts and entertainment industry.

“The Conservatives don’t have a very good record on subsidising the arts,” he said.

“They see it as the poor man’s choice, the arts have always been denigrated in our country, and they have a short memory because all great art at some point was subsidised.

“Shakespeare himself had to have patronage to be able to write his plays, he had royal patronage, people gave him money to make good art because that’s an immeasurable, you can’t put a price on it.

“You know, Oscar Wilde said a fool is somebody who knows the price of everything, and the value of nothing; I think that’s the sort of definition of certainly the more crude conservative mindset.”

The Lost King tells the story of middle-aged amateur historian Philippa Langley who led the search to find the remains of King Richard III but was later sidelined when the University of Leicester claimed credit.

It sees Coogan reuniting with co-writer Jeff Pope and director Stephen Frears – the trio last worked together on 2013’s Philomena, which also told the true story of a woman fighting the establishment.

Coogan says he does consciously try to fight against what can be a misogynistic industry.

“But when you are in that position, it makes you work doubly hard trying to make sure you do justice to someone else’s story, especially a marginalised woman. In our enlightened times, I think it’s important you don’t have to be one of the marginalised to help them tell their story.”

The film is based on books written by Langley, and Leicester University has said it is not happy with how the institution is portrayed in the film.

“We appreciate that while The Lost King is based on real events, it is a work of fiction, and recollections will vary from various people of what happened during such an incredibly exciting moment in history,” it said.

“It is our view that the portrayal of the University of Leicester’s role in the project is far removed from the accurate work that took place.”

But Coogan says ultimately the film is entertainment and that satire “involves poking fun at the powerful”, which he doesn’t apologise for.

“As my grandmother used to say – what goes around, comes around,” he said. “And had they been more generous or just more fair, in their telling of the story of the search for Richard, then the film probably wouldn’t have happened.

“There are too many instances that I could use as examples of how she’s been relegated to the side of the story.”

“Some of the fundamental facts are this: Philippa Langley led the search, spent eight years researching where she thought it was, she alone arrived at the conclusion of the location of Richard’s body, she raised the majority of the money herself through members of the Richard III society – the university put in a small amount,” he said.

“When some bones had been discovered, she alone insisted that those bones be excavated and when they’re excavated, and they found those scoliosis and injuries to the skull consistent with those sustained in battle and at that point – the university stepped in and said, ‘we’ll take control of this’… Well, of course they might, because she’d just found him.”

The Lost King is out in cinemas on the 7 October.

Countdown to the Oscars! How to watch, which celebs will be there, who’s up for what – here’s all you need to know