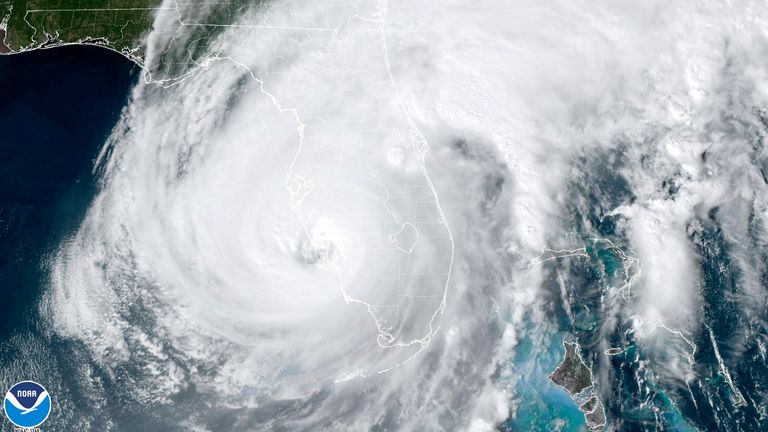 One of the most powerful storms in US history has barrelled into Florida’s southwest coast with sustained winds of up to 150mph (241kph) and torrential rain.

Hurricane Ian made landfall near Cayo Costa as an “extremely dangerous” category 4 storm but was close to being the maximum level of 5, when there are winds of at least 157mph (252kph).

‘This storm is bigger than Florida’ – Hurricane Ian latest

The storm surge, which has likely peaked, was as high as 12ft (3.6m) above ground level in some areas, and “life-threatening” flooding was predicted.

Ian was expected to dump 12-18in (30-45cm) of rain across a broad area including Tampa, Orlando, and Jacksonville in the state’s northeast corner. 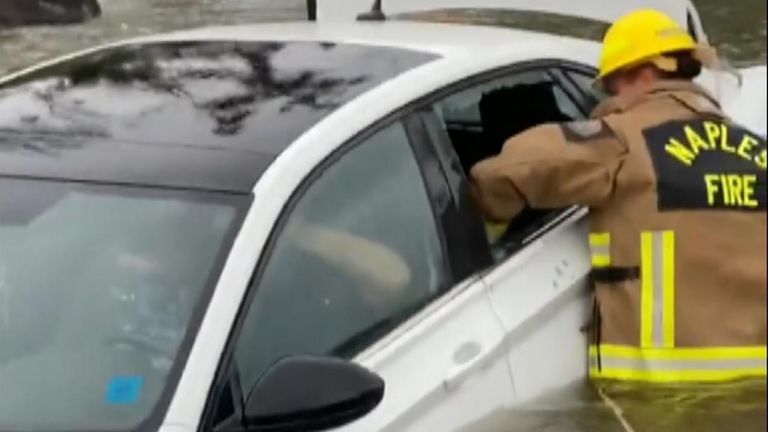 A fire rescue worker is seen smashing the car window to help a woman escape her submerged vehicle.

The town of Fort Myers Beach was almost submerged by floodwaters, and some homes could be seen floating downstream, along with cars.

US President Joe Biden said Ian is incredibly dangerous, and he urged residents to obey all warnings related to the storm.

More than two million people were under evacuation orders.

Read more: ‘The water was way above our heads’: Residents tell of dramatic escape from Hurricane Ian

Cayo Costa is about 90 miles (145km) south of Tampa and just west of Fort Myers.

Even as Ian lashed the coast in the final hours before it swept ashore, authorities put residents on notice that it was too late for anyone who had yet to evacuate to safely do so.

The storm has now been downgraded to a category 3 hurricane, but residents in central Florida could still experience severe winds.

People were told to treat the winds as if a tornado was approaching by moving to an “interior room now”.

Over a million impacted by power cuts

Around 1.8 million homes and businesses were without electricity.

Meanwhile, 20 people were feared missing off the Florida coast after a Cuban migrant boat sank due to the hurricane. Four migrants swam to shore in the Florida Keys, and three others were rescued.

The tropical storm conditions began in the southern state on Wednesday morning local time and the severe conditions were expected to continue overnight.

Heavy rainfall will spread across the peninsula throughout Thursday and reach parts of the southeastern US later this week and over the weekend. 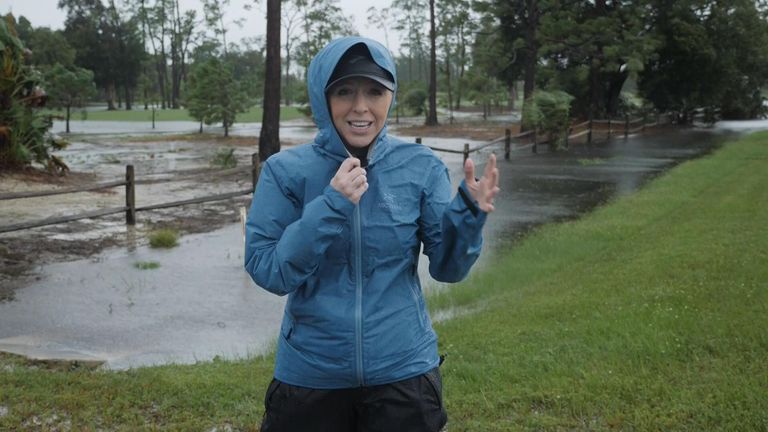 About two-thirds of Florida is in the peninsula between the Gulf of Mexico and the Atlantic Ocean.

Mr Biden said he had spoken to Florida Governor Ron DeSantis on Tuesday about Ian, adding that the federal government had met every request for help from the coastal state.

“This is going to be a nasty day, two days,” Mr DeSantis said. “Probably, we think now, it will be exiting the peninsula sometime on Thursday.” 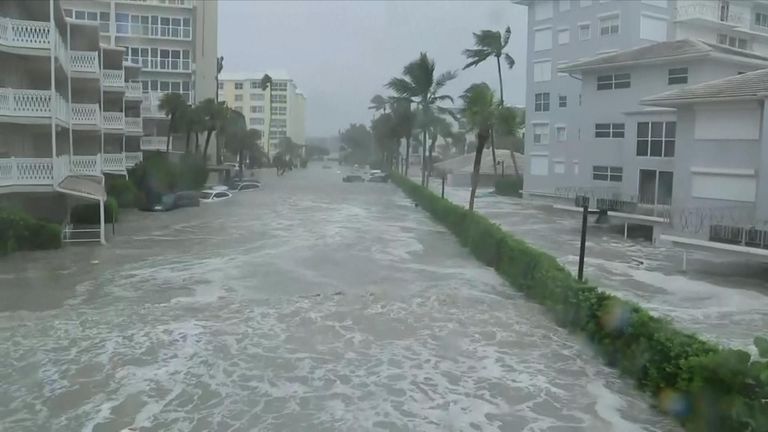 Meanwhile, Cuban officials said they have begun to restore some power after Ian knocked out electricity to the entire island while devastating some of the country’s most important tobacco farms.

Ian hit the island’s western tip as a major storm.

It made landfall there on Tuesday as a category 3 storm, causing flooding, as houses were damaged and trees toppled in the strong winds.

Tens of thousands of people were evacuated and others fled the area ahead of its arrival.

‘We got one laying down’: 911 call reveals chaos and panic on set after Alec Baldwin shot crew member

Hurricane Ian: An entire seafront levelled – no one expected this storm to be so vicious and so damaging