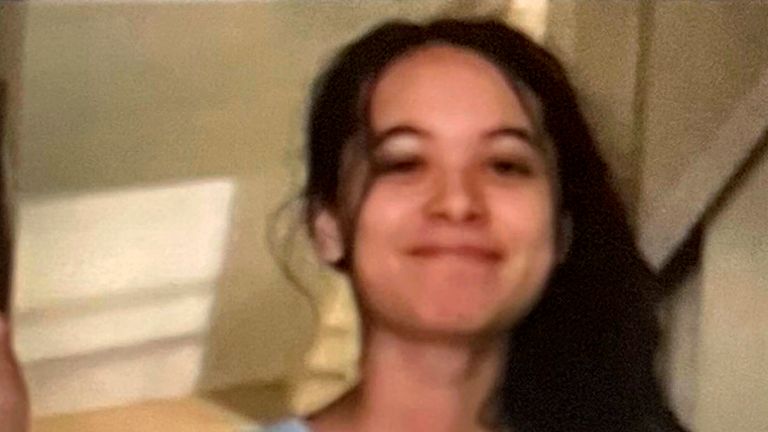 A father, wanted over the murder of his estranged wife, and his 15-year-old daughter have both died in a shootout with police in California.

Anthony John Graziano abducted his child, Savannah, a day earlier after allegedly killing his wife in Fontana near San Bernardino.

Police had issued an Amber Alert (a missing person alert) after Graziano fled with the teenager, describing him as armed and dangerous.

An emergency caller reported seeing his Nissan Frontier around Barstow, according to the local sheriff’s department.

Deputies located the pickup truck before chasing it down the highway for around 45 miles (72km) as Graziano, and possibly his daughter, “constantly shot back at deputies” through the vehicle’s rear window striking at least two patrol cars.

Graziano’s pickup eventually broke down by the side of the highway just outside the city of Hesperia and a firefight began.

During the shootout Savannah got out of the truck and ran towards the deputies before falling to the ground, San Bernardino County Sheriff Shannon Dicus said.

The pursuing deputies reportedly did not initially realise it was the teenager when she exited the vehicle as she was wearing a helmet and a military-style vest that can hold armoured plates.

It is not immediately clear if she was shot by the responding deputies or her father.

The teenager was taken to hospital, where she was pronounced dead.

Her father was found dead in the driver’s seat and a rifle was found inside the car.

One deputy was injured by shrapnel during the firefight, Sheriff Dicus said.

Graziano is thought to have killed Tracy Martinez, 45, on Monday morning in a domestic violence event, according to Fontana police.

Family members told investigators that the couple had been going through a divorce.

‘We need to act’: Benedict Cumberbatch urges support for Ukraine as he’s honoured with Hollywood star