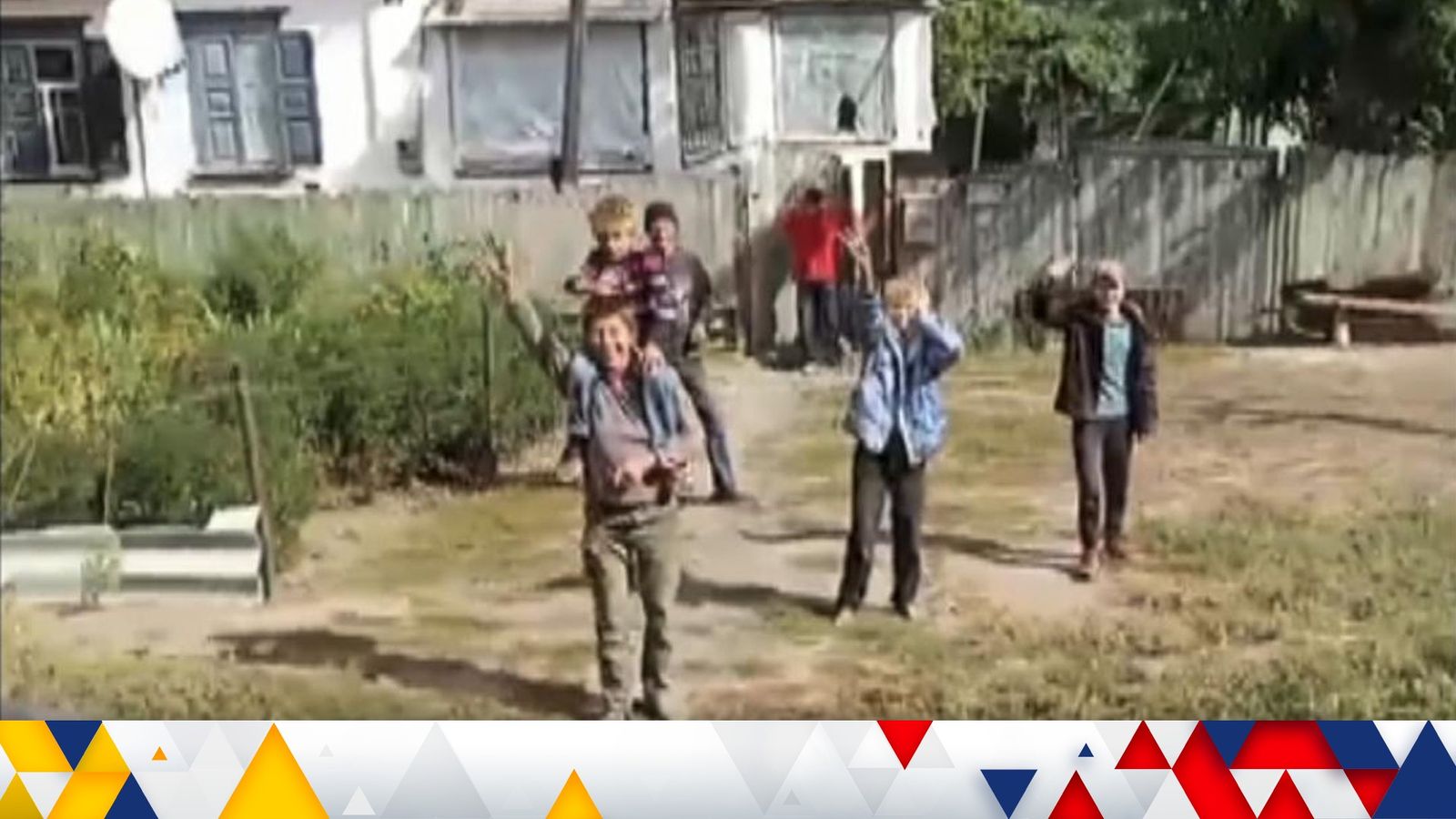 Ukraine has used cunning and firepower to blast a devastating hole in Russia’s eastern front line.

The prospect of a Ukrainian counter-offensive against Russian-held positions in the south of the country had long been anticipated and talked about by both sides.

But the sight of Ukrainian forces over recent days tearing down Russian flags and hoisting their colours back up over villages, towns and cities in the eastern region of Kharkiv caught most people off-guard, including – it would seem – the Russians.

With minimal fanfare, Ukraine’s military has achieved the most significant gains since Russian troops were forced to abandon plans to capture the capital Kyiv towards the end of March.

Its soldiers have – in a lightning advance – recaptured hundreds of square miles of territory in the Kharkiv region that had previously been under Russian control, including villages, towns, and even cities.

The triumphs followed a period of almost complete silence from Ukrainian commanders and political leaders about any military action.

Access to the entire frontline has been cut off for all journalists, except those attached to the Ukrainian military or Ministry of Defence, since towards the end of August.

It was part of a plan to restrict the flow of information reaching the Russian side and potentially compromising the mission. The move underlined the importance of information, or in this case, the withholding of information, in wartime.

Under the cover of this media blackout and bolstered by a flow of increasingly powerful western weapons, the Ukrainian military conducted their attacks.

The start of the much-heralded counter-offensive against the southern Kherson region was confirmed – with only the most minimal of comments – on 29 August.

But nothing was said about what appears to have been a calculated move against Russian forces in Kharkiv region.

The UK’s Ministry of Defence confirmed on Saturday that the Kharkiv operation had been launched four days earlier.

Moscow had moved thousands of troops into Kherson to reinforce its flank in anticipation of the southern offensive. But commanders appear to have left their lines in Kharkiv perilously thin – a weakness that the Ukrainians appeared to have noticed and exploited.

Images of the Kharkiv offensive only started to emerge in the past three days from the social media channels of the troops taking part in the operation and journalists and other commentators who follow Russia’s war in Ukraine closely.

The operation was going so badly for the Russians that even pro-Russian social media sites started to confirm the Ukrainian advances.

As the gains gathered momentum, more official comments were made, including by Ukraine’s president.

He declared in video that the small city of Balakliia had been liberated and others would follow. The top commander cited Kupiansk – a key logistics hub for Russian forces, helping to support troops in the crucial Donbas region in the southeast – as well as Izyium, an even more strategically importance prize in the Kharkiv region.

Then came an extraordinary announcement from the Russian Ministry of Defence, saying its troops in Balakliia and Izyium were “regrouping” in the Donetsk region, a part of the Donbas.

A ministry spokesman tried to make it sound as though the move was to focus on the stated military goals of Russia’s invasion – the “liberation” of Ukraine’s Donbas – as opposed to a hasty retreat.

A similar kind of phony explanation was given back in March to try to explain away Russia’s failure to seize Kyiv in its own attempt at a lightning strike in the first weeks of the war.

The pullback from two key positions in the Kharkiv region signals once again that Ukrainian military capability, a will to fight and the clever use of information to control what is known about the battle have beaten back the far more powerful Russian army.

The big question, though, is whether these rapid gains can be consolidated and this moment of success be allowed to sustain, so the recaptured land remains rightly in Ukrainian hands.