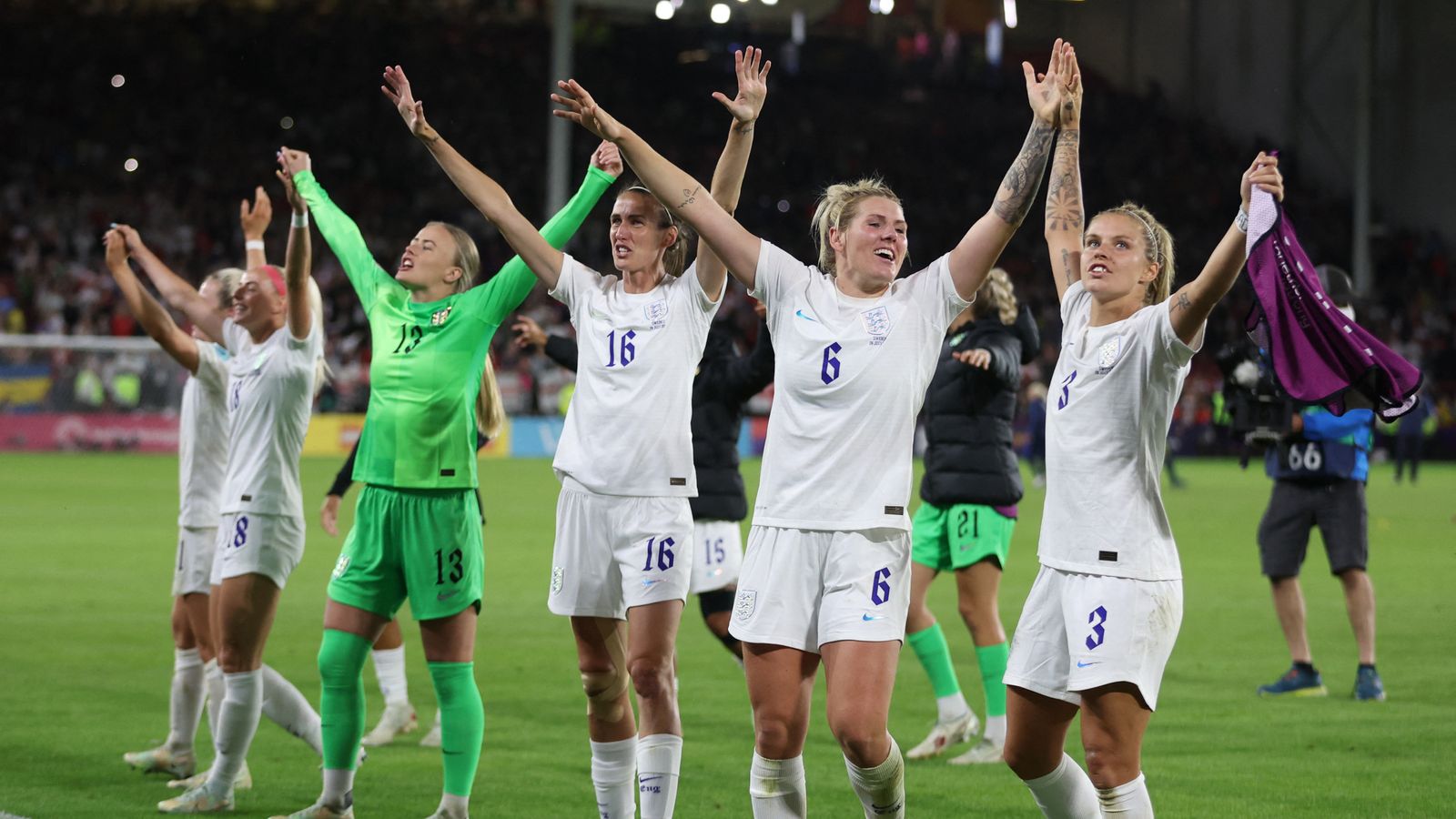 The Lionesses are celebrating after they booked their place in the women’s Euro 2022 final after thrashing Sweden 4-0.

Sarina Wiegman’s side won the semi-final at Sheffield United’s ground Bramall Lane and will now face either Germany or France who play on Wednesday in Milton Keynes.

England’s Beth Mead broke the deadlock in the 34th minute against the highest-ranked team in the competition.

Lucy Bronze passed to the Arsenal player who had her back to goal but turned and fired past goalkeeper Hedvig Lindahl to give the Lionesses the lead.

They doubled their advantage soon after half-time when Bronze headed home from a Mead corner in the 48th minute.

There was a VAR check for offside, but replays showed Lauren Hemp was onside as the ball passed her on its way into the net.

Then a moment of audacious brilliance from Alessia Russo after 68 minutes.

With her back to goal, she produced an incredible backheel which nutmegged Lindahl and handed England their third.

Fran Kirby was next to get in on the act.

Mead threaded the ball through to Kirby who managed to produce a lobbed finish, with Lindahl unable to prevent the ball finding the net despite getting her hands to the strike.

The final will take place at a sold-out Wembley Stadium on Sunday at 5pm.

It is the third time that the Lionesses have reached the final of a women’s European Championship.

They will hope to go one better this time around after losing against Sweden in the first competition in 1984 and being defeated by Germany in 2009. 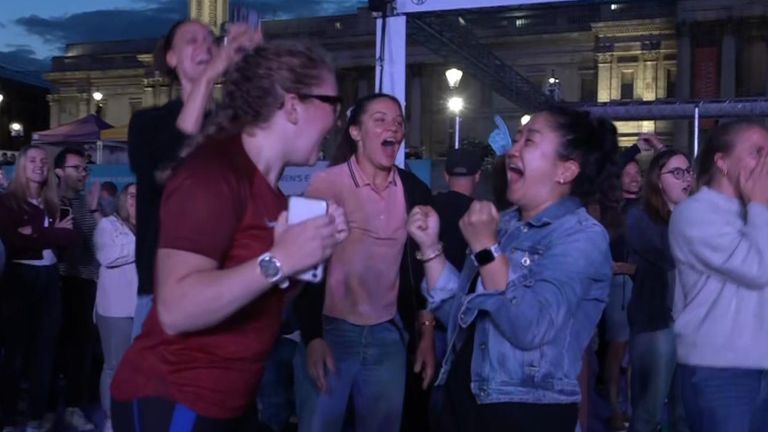 Prince William, president of the Football Association (FA), tweeted: “Congratulations @Lionesses on making it to the #WEURO2022 final on Sunday. The entire country is so proud of everything you’re achieving. We believe in you and will be with you all the way! W.”

England Women had lost in the semi-finals at each of their last three major football tournaments – Euro 2017, where they were beaten by hosts and eventual winners the Netherlands, and the World Cups of 2019 and 2015.

They won the match 2-1 following an emphatic comeback.

Quick Charge Podcast: August 15, 2022
‘I’ve never been in love like this’: Adele on engagement rumours and having more babies
Murray returns to Britain’s Davis Cup squad
Salman Rushdie’s injuries are ‘life-changing’ but author has been able to ‘say a few words’, son says
PM admits cost of living support is not enough – but no new measures announced