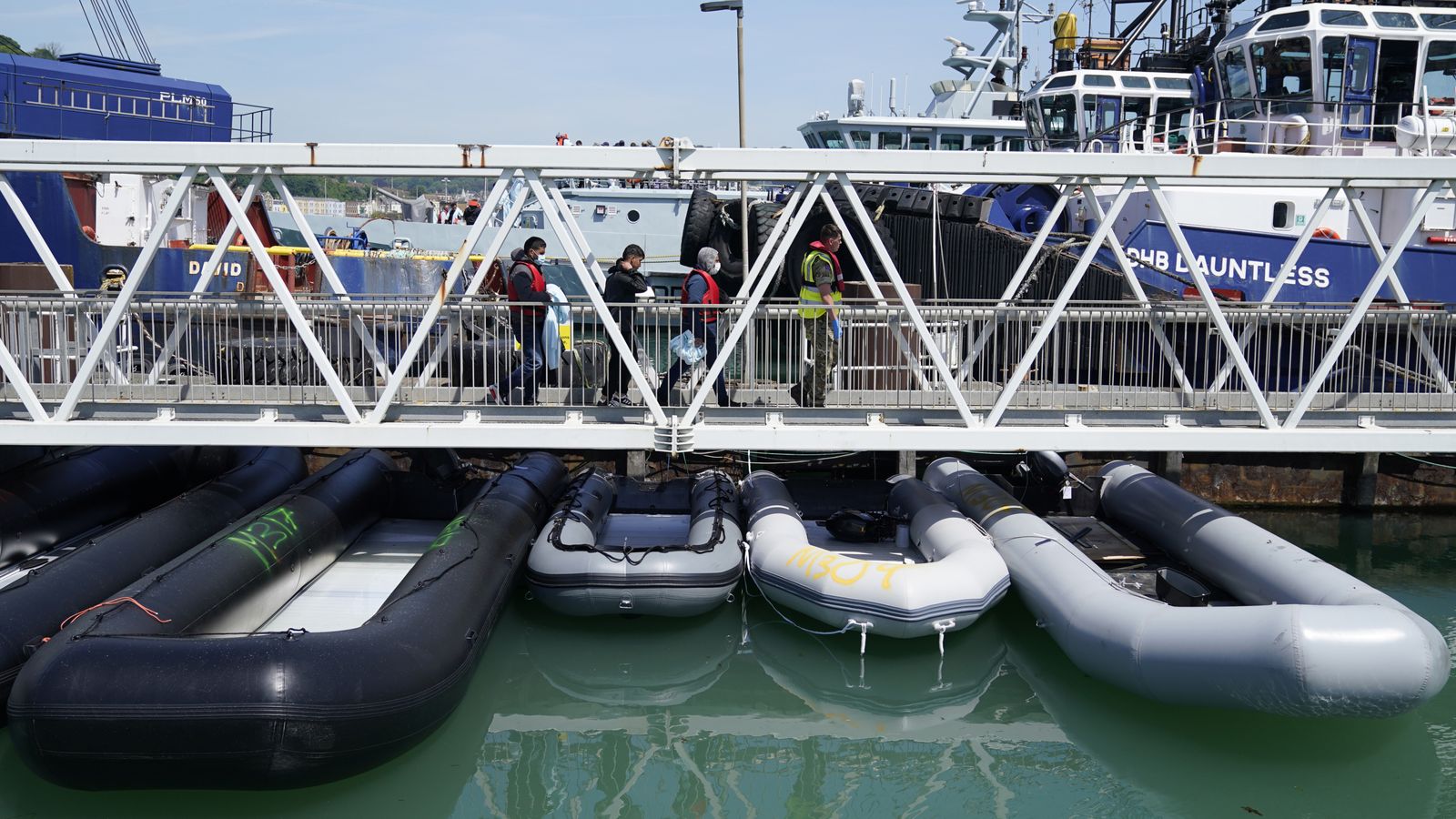 The widely criticised strategy, introduced by the current Conservative government, has been the subject of numerous court cases and received widespread international backlash.

However, both Conservative Party leadership hopefuls, Liz Truss and Rishi Sunak, have said they will continue the policy if they’re elected Britain’s next prime minister and on the evidence of what Sky News has been told by the smugglers themselves, it could yet be effective.

So far legal challenges have prevented any deportations happening which, according to one smuggler who spoke to Sky News, have been closely monitored by migrants making the journey across Europe. ‘If you close this route, I will open another one’

“People were scared of going to Britain and being deported to Rwanda, but I think this decision is halted for now so migration started again,” one smuggler tells us.

“If the Rwanda policy is applied though, I think people will back out from traveling to Britain and go to Europe instead. They would not go to Britain.”

A second smuggler, also based in northern Iraq, told us the Rwanda policy had already had some limited effect.

He said: “Our young people have ambitions, but they have no money and their families can barely feed them. They want to have a life, a house, get married.

That is why they risk their lives, and they choose Britain because they will have rights.

“But because of the Rwanda policy the number of people leaving [to the UK] has dropped.”

This week the Home Affairs Select Committee said there was “no clear evidence” the Rwanda plan will work, and the chair of the committee Yvette Cooper described it as a waste of taxpayers’ money.

That view, however, has now been contradicted by the very smugglers arranging the dangerous journeys to Europe, and backed up by some of the people we met who still hope to make the journey.

And one smuggler revealed a new, undiscovered route into Europe has been opened, to evade police and border officials – with hundreds already having used it.

We spent a number of weeks in northern Iraq and saw no let-up in the number of Kurds wanting to travel to Europe – not all to the UK it should be said. Even if the British government starts deporting migrants to Rwanda in large numbers, it won’t stop people trying to leave here.