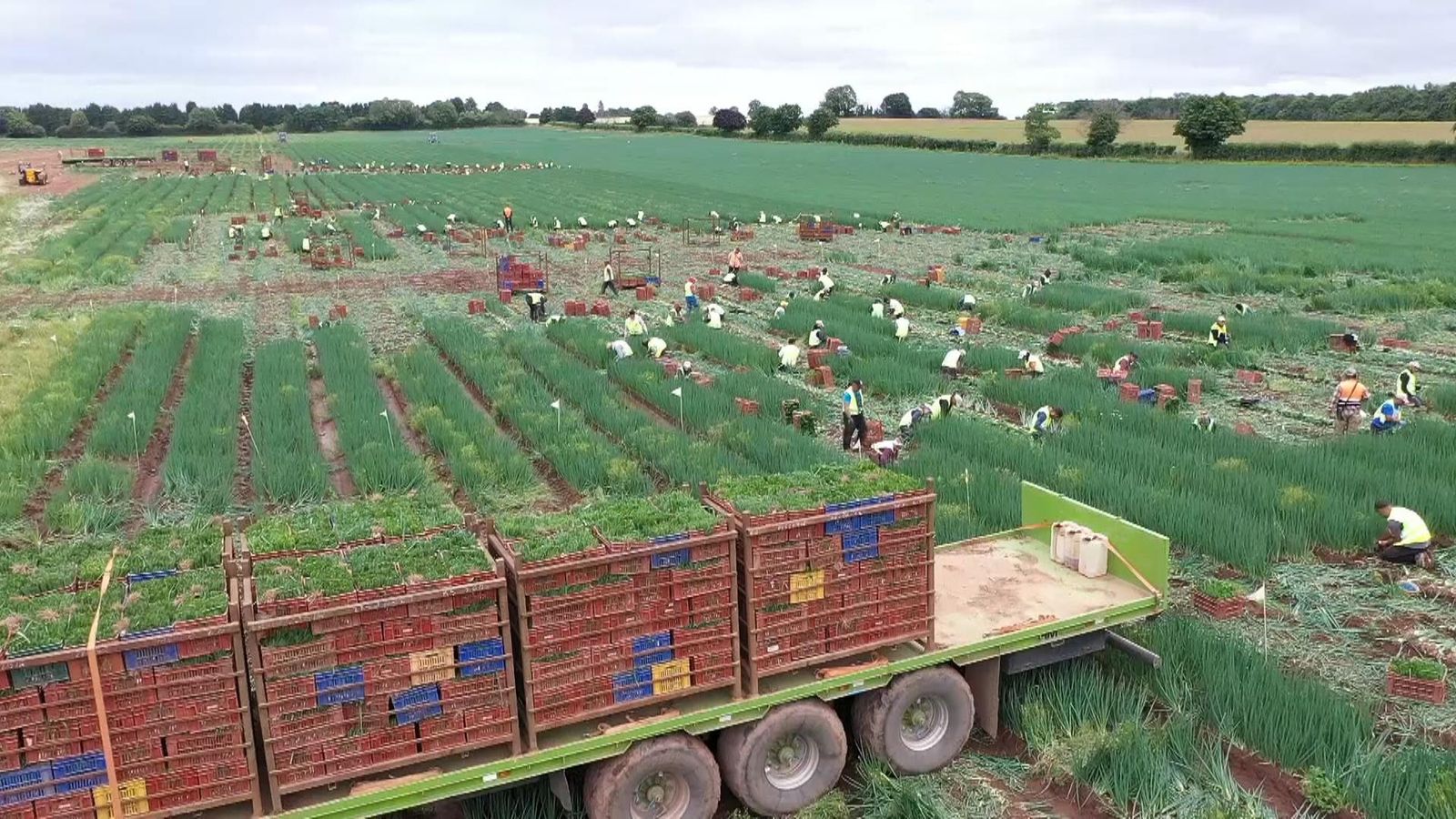 Labour shortages on British farms have left tonnes of food unpicked, costing millions of pounds and pushing food inflation as high as 20% at the farm gate, the agriculture industry has told Sky News.

Farmers say this year’s harvest has been hit by a shortfall in the overall number of seasonal worker visas granted by the Home Office, delays in processing those visas, as well as a collapse in the number of Ukrainian workers coming to the UK following the Russian invasion.

Last year more than 60% of workers on seasonal visas were from Ukraine with a further 8% from Russia. That number has greatly reduced as adult Ukrainian men are unable to leave the country.

Sky News has also spoken to Russian nationals who say their visa applications have been cancelled without explanation by recruitment agencies, despite there being no explicit ban on Russians working in the UK.

As a consequence of the labour squeeze individual farmers have already left crops worth hundreds of thousands of pounds in the ground, and there are concerns about industry’s ability to reap a full harvest during the current berry season, and the forthcoming apple and pear season.

He told Sky News labour shortages, caused in part by delays in visa processing, had already cost around £250,000 of his asparagus and spring onion crop farmed in Worcestershire.

“If we haven’t got the people we simply can’t harvest the crop,” said Mr Wilkinson. “We try to recruit locally and there just aren’t the people out there. British people just don’t want seasonal work, if you live in the UK you need a permanent job. We do try to recruit but we’d get very little uptake.”

It was taking some visas around six to seven weeks to get processed, “which is just ridiculous in my opinion,” Mr Wilkinson said. “I speak to growers in Holland and Germany all doing the same thing and they can get a visa processed in a few days, so I’m not sure why it takes so long.”

“That meant at the beginning of May, we were 40% short of people we should have here. They were recruited but they just hadn’t had the visas processed.”

The UK seasonal workforce has been falling since 2018 and the introduction of the post-Brexit seasonal worker visa regime.

It is one of the only routes for low-skill, low-pay workers to enter the UK from abroad. Previously the majority of seasonal workers came from the European Union without restriction.

The government currently plans to reduce the number of seasonal worker visas available next year before phasing them out altogether in 2024, with a view to domestic workers and automation, including fruit picking robots, filling the gap.

The National Farmers’ Union (NFU) warns the plan is unrealistic, and risks a contraction of the horticulture sector just as the Government is proposing an expansion as part of its recently-published food strategy.

Tom Bradshaw, deputy president of the NFU, said: “We have a very low level of unemployment, we have 4% unemployed and millions of vacancies so it is unrealistic for it to be delivered from the domestic workforce when there are plenty of permanent roles.” 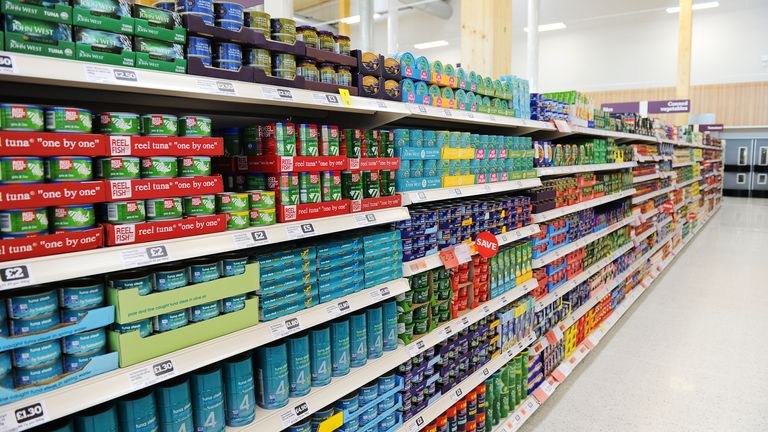 The cost of the cheapest supermarket pasta has doubled in a year, as rising inflation impacts the price of low-cost groceries.


“The Migration Advisory Committee identified that seasonal horticulture is unique and we should embrace that,” said Mr Bradshaw. “We should look to the sector to enable it to grow deliver fresh British food and vegetables to our consumers, its a wonderful success story, it’s something we can do really well with our climate, but at the moment we feel we have our hands tied behind our back.”

“We want it to be a permanent scheme. If you’re planting a vineyard or building a packhouse you need to be sure that you have labour to come and do that work into the future. The scheme is very successful and there’s no reason why they shouldn’t make it permanent.”

Despite great demand in the UK Russian applicants have struggled to get visas. Ilshat Nizammev from the southern city of Ufa told Sky News his visa had been cancelled without explanation by a recruitment agency.

“I wanted to come but my visa was cancelled, and I heard 500 Russian visas were cancelled just like me, so what can I do?” he said.

The Home Office denied that visas have been delayed, insisting it is processing applications within the “service standard” of eight weeks, but conceded visas for Ukrainian refugees had been prioritised.

“We are processing straightforward applications for seasonal worker visas within service standard and it is wrong to say that there are delays in issuing those visas,” a spokesperson said.

The ready access to seasonal labour the UK enjoyed as a member of the European Union, particularly since the accession of 10 mainly eastern European states in 2004, has to some degree shaped agriculture.

The availability of workers made labour intensive crops such as berries more viable and there has been huge growth in that market. The British Berry Growers Association says that expansion is now in doubt, with more than £36m worth of crop destroyed in 2021 because it could not be harvested.

Madeleine Sumption, director of the Migration Observatory at the University of Oxford, which studies international migration and policy, says tightening labour could change crops.

“In the long run, if there are fewer workers available we might expect the UK to return to a position a little closer to how it was in the early 2000s where we weren’t producing as much labour-intensive produce,” she said.

“In the short run that can be quite disruptive for farmers who have built a business model that relies on the availability of a substantial number of seasonal workers.”