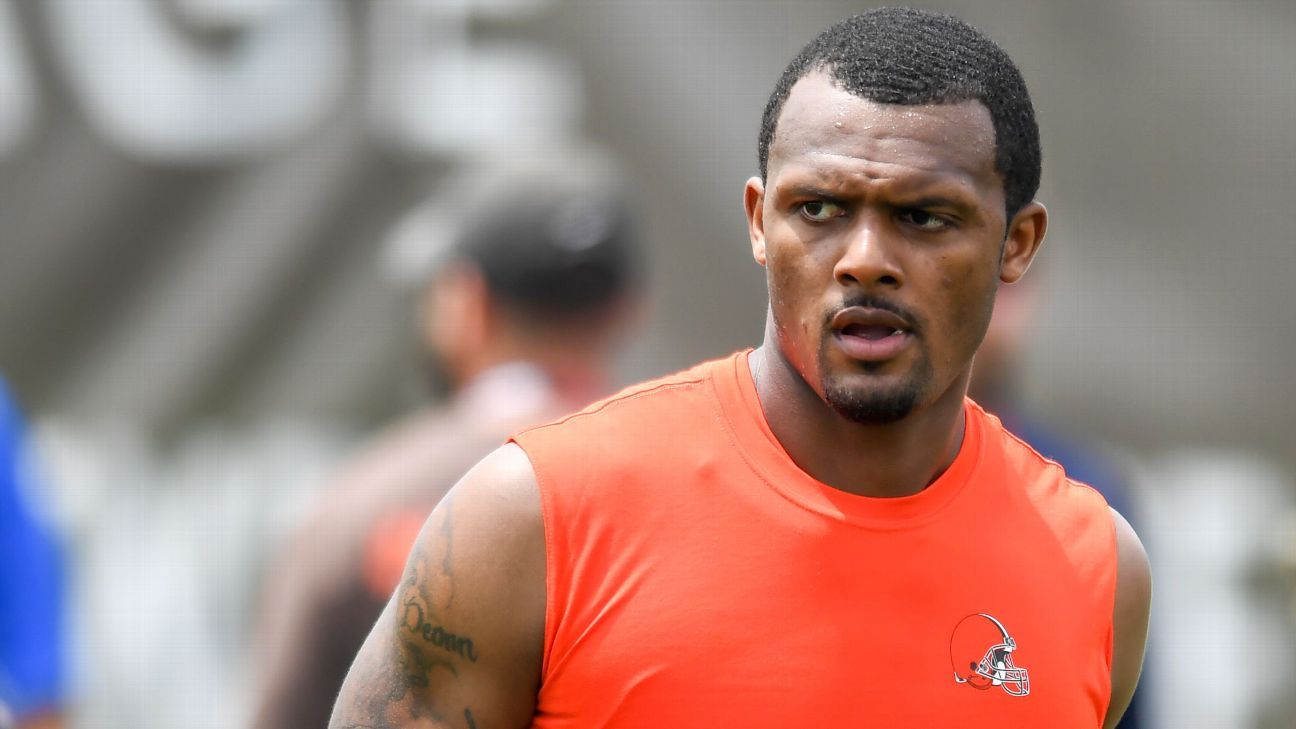 The hearing is scheduled to resume Wednesday and may continue even longer than that, a source told Graziano. Watson has been accused by 25 women of actions ranging from sexual assault to inappropriate behavior during massage sessions.

The NFL is expected to push for a suspension of at least a year, according to Graziano.

One of the 25 lawsuits was dropped after the judge ruled the petition had to be amended with the plaintiff’s name. Watson and 20 of the other plaintiffs agreed to settle the lawsuits last week.

On Monday, one of the four active civil lawsuits was amended to name the Houston Texans as a defendant. That day, attorney Tony Buzbee, who at one time represented all 25 women, said in a statement that “the overwhelming evidence collected indicating that the Houston Texans enabled Watson’s behavior is incredibly damning.”

The Texans traded Watson to the Browns in March after the first grand jury announced it would not indict Watson.