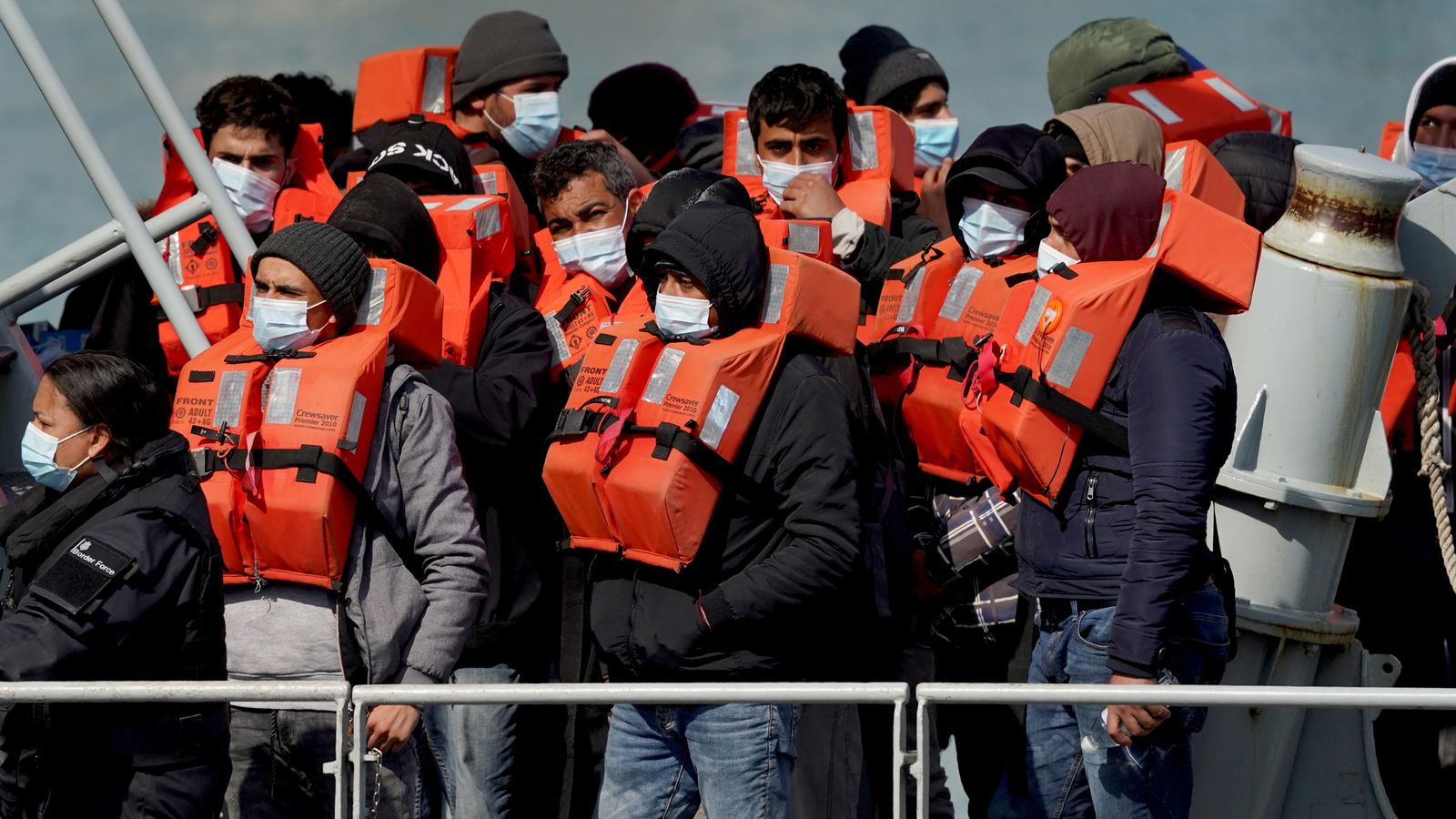 Three of four asylum seekers fighting their deportation from the UK to Rwanda will not be sent to the African country, the Home Office has said.

The news came as part of written submissions by Home Office lawyers to the High Court ahead of a bid today to block a deportation flight to the African country under the government’s controversial new asylum seeker removal policy.

Two campaign groups – Detention Action and Care4Calais – joined the PCS Union and four individual asylum seekers bringing legal action against the Home Office after it announced the first group of people would be sent to Rwanda on Tuesday.

Those taking the action had asked that if a ruling did go in their favour the plane was halted completely – so the ruling didn’t only apply to the asylum seekers they are representing.

The High Court was told today a policy to remove people to Rwanda is unlawful in part because it was “irrational”.

Raza Husain QC, for the people and groups bringing the claim, told the High Court the policy is unlawful in part because it was “irrational”.

“The Secretary of State’s conclusion as to the safety of Rwanda was irrational. We have a very strong case on that.”

In court documents, Home Office lawyers urged the court to reject the application, arguing it “fails at the first stage”, adding: “The claimants have not identified a serious issue to be tried, still less the strong case they allege for the grant of relief at trial.”

The High Court was told that the UN refugee agency, the UNHCR, had a number of concerns about the asylum process in Rwanda, including discriminatory access to asylum – including for LGBT people – a lack of legal representation and interpreters, and difficulties in appealing.

Care4Calais says it was aware of around nine Afghans; 35 Sudanese; 18 Syrians; 14 Iranians; 11 Egyptians as well as Iraqi, Pakistani, Albanian Algerian, Chadian, Eritrean, Turkish and Vietnamese people who were told they could be put on the first flight.

The scheme, which the government said would provide “safe and legal” routes for migrants has been described as “inhumane” and “cruel” by human rights organisations.

Under the plans, those illegally seeking refuge in the country would be placed on chartered flights to Rwanda where they would enter the Rwandan asylum system and not be considered for return to the UK.

Dame Emma Thompson has described the scheme to send migrants to Rwanda as “eye-wateringly mad and callous”.

Her comments about the Rwanda scheme echo those of a number of campaigners and politicians, including some in the Conservative party.

It comes as the latest figures show more than 10,000 migrants have crossed the Channel to the UK so far this year.

James Wilson, deputy director of Detention Action, said: “In her desire to punish people for seeking asylum by forcing them on to a plane to Rwanda, Priti Patel has overstepped her authority.

“By rushing through what we say is an unlawful policy, she is turning a blind eye to the many clear dangers and human rights violations that it would inflict on people seeking asylum.

“It’s vital that new Government policies respect and uphold the laws that we all, as a society, have agreed to follow. That’s why we’re seeking an injunction to keep this plane to Rwanda from leaving the runway.”

A Home Office spokeswoman previously said: “Our world-leading partnership with Rwanda is a key part of our strategy to overhaul the broken asylum system.

“We have been clear from the start that we expected legal challenges, however we are determined to deliver this new partnership.

“We have now issued formal directions to the first group of people due to be relocated to Rwanda later this month. This marks a critical step towards operationalising the policy, which fully complies with international and national law.”

Biden to propose gas tax suspension – a Band-Aid on an open wound
Rochdale paedophile tells judge: ‘Don’t deport me – my son needs a role model’
‘Mass death’ of children if no global aid as Ukraine war exacerbates worst drought in 40 years
Sources: Blazers get Grant from Pistons for pick
Elon Musk clarifies Tesla will lay off 3.5% of total workforce as ex-employees sue company