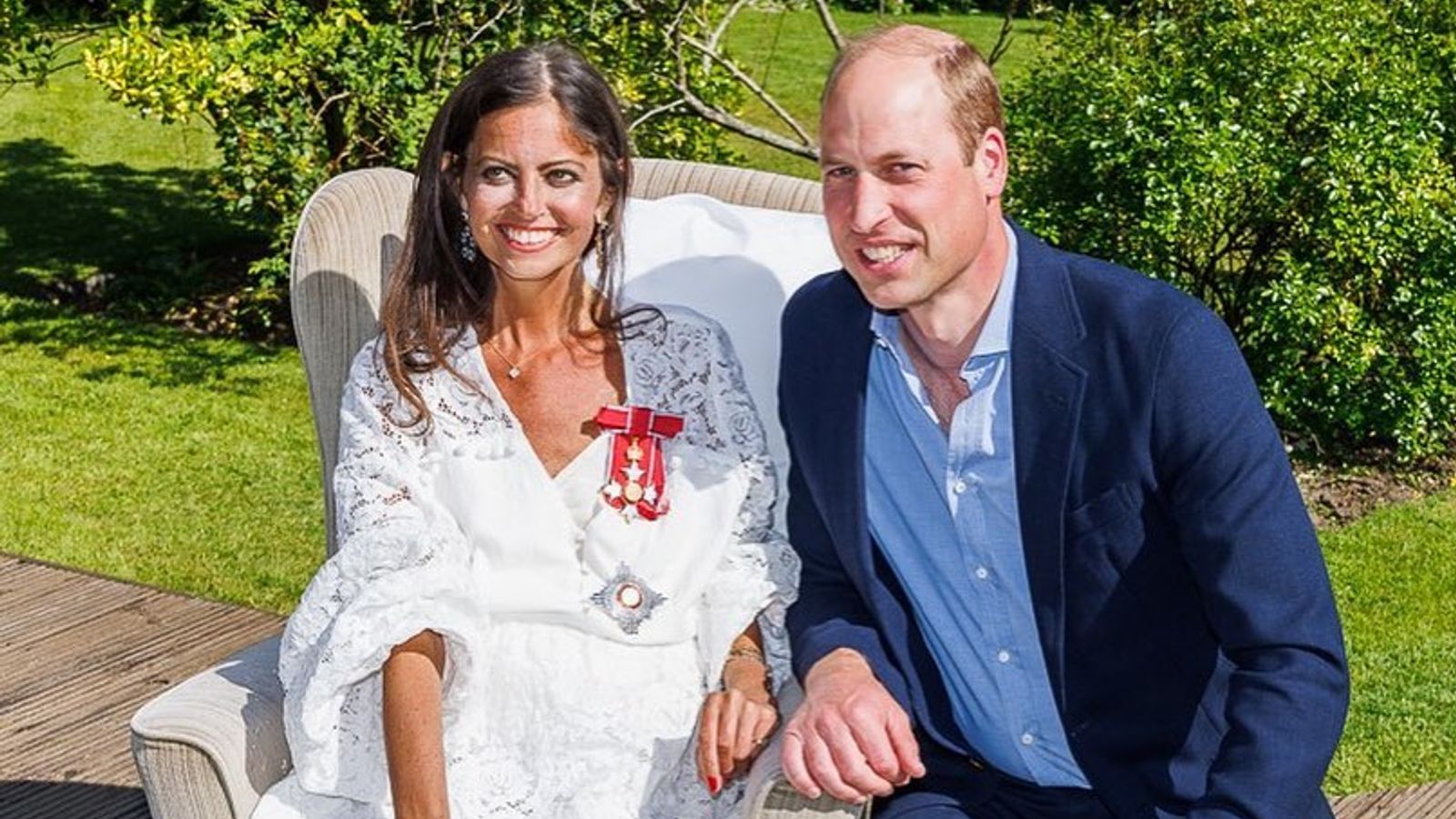 The Duke of Cambridge visited her family home in Surrey to hand over the honour, and was seen beaming with the podcaster, who is also known as Bowel Babe.

Ms James said she was “utterly honoured” that Prince William had joined her family for afternoon tea and champagne.

“Prince William actually came to our family house today! It’s quite surreal having a royal pop in at home, and yes you can imagine the cleaning antics and preparation went off the scale – but it was all irrelevant because William was so kind and he put us all at ease,” she said in an Instagram post.

The 40-year-old has been moved to hospice-at-home care to treat her terminal bowel cancer after telling followers she does not know “how long I’ve got left”.

In a heart-breaking post, she said her body was no longer “playing ball”.

On Friday, she revealed her donation fund – in partnership with Cancer Research UK – has raised more than £5m for clinical trials, research, and raising awareness of bowel cancer.

Ms James thanked an “incredibly generous donation earlier today” and “every single person” who had helped raise funds, saying she was “completely lost for words”.

It was announced on Thursday that Ms James would receive a damehood for her work raising awareness of the killer disease.

Commenting on her royal visit, she said it was a “special day” for the whole family and would make “memories to last a lifetime”.

“He’s welcome back any time!” she said.

The Duke and Duchess of Cambridge have previously expressed their support for Ms James and said they had donated to her fund.

In a personal tweet, they described her as “inspiring” and thanked her for her “tireless efforts” on raising awareness of her condition.

“Deborah, our thoughts are with you, your family and your friends. Thank you for giving hope to so many who are living with cancer. W & C,” they wrote.

Ms James was diagnosed with bowel cancer in 2016 and has been sharing candid posts about her progress and diagnosis to hundreds of thousands of Instagram followers.

She hosted BBC podcast You, Me and the Big C, which had also been hosted by fellow presenter Rachael Bland until Ms Bland’s death in 2018 from breast cancer.

One-hour phone call between US and Russian defence ministers – after months of refusal
Yelich hits for 3rd cycle in career, ties MLB mark
Home secretary permanently lifts restrictions on police stop and search powers
Icing on the cake: Djokovic gets win No. 1,000
‘I felt like I was in a movie’: Air traffic controller describes helping passenger land plane