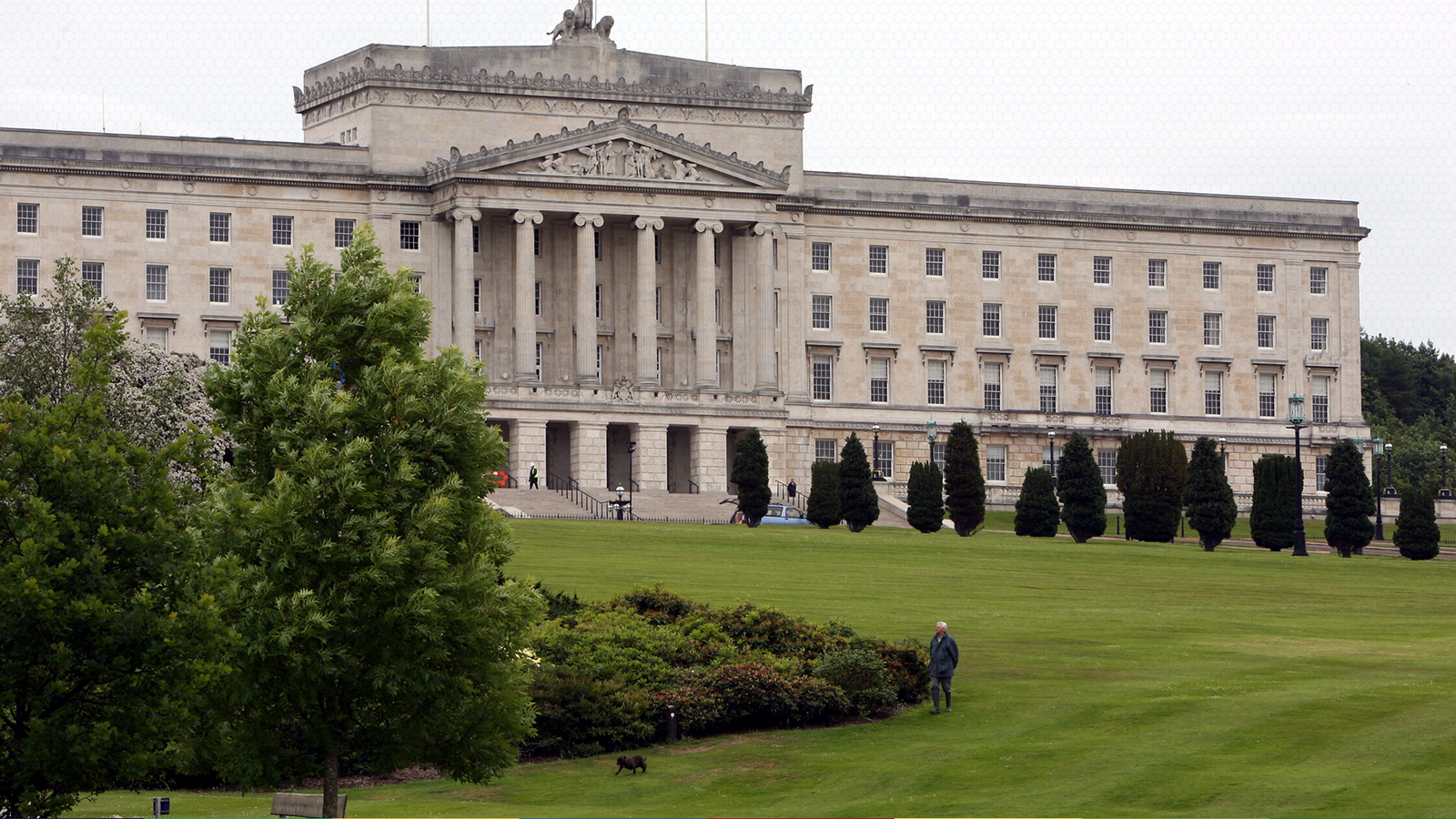 Sinn Fein has won control of the ball but the Democratic Unionists are still on the pitch.

While an Irish nationalist party will be the biggest at Stormont, the DUP did not perform as badly as predicted.

It had been under enormous pressure after Brexit resulted in a sea border between Great Britain and Northern Ireland.

For reasons known only to the DUP, the party backed the Leave campaign – raising the prospect of a hard border.

Even more baffling was the party’s rejection, at the behest of hardline backbenchers, of Theresa May’s softer Brexit.

Read more:
What is power sharing and why is the system used in Northern Ireland?

Boris Johnson told the DUP’s annual conference that “no British prime minister could countenance a border in the Irish Sea”.

A year later, in his determination to secure a withdrawal agreement, the prime minister agreed a border in the Irish Sea.

Initially, the DUP tried to put a brave face on being thrown under the bus, briefly describing it as “the best of both worlds”.

In other words, Northern Ireland would be able to boast unique access to both the GB market and the EU market.

But it rowed back rapidly when other Unionists – both hardline and moderate – claimed it had compromised Northern Ireland’s place in the United Kingdom.

Under attack from its own electorate, the DUP demanded that the UK government invoke Article 16, overriding the Brexit Protocol.

But Downing Street cannot afford a trade war with the EU and knows any prospect of a land border could cost it a trade deal with the United States.

With tension at breaking point in Unionist strongholds, the DUP’s internal warfare turned into a very public spectacle.

Having ousted Arlene Foster as leader, Edwin Poots from the party’s ideological wing succeeded her – but only for 21 days.

Sir Jeffrey Donaldson, the party’s leader at Westminster, became the third leader in the space of three weeks.

When his pleas for the UK government to scrap the sea border went unheard, he pulled the DUP out of the power-sharing government.

It was too little, too late for many Unionists and the subsequent election has opened the door to Sinn Fein.

But Sinn Fein cannot form a government without the DUP, and that leaves power sharing on life support.

Ultimately, Brexit and its consequences may have signalled the end of Good Friday Agreement politics.

Mark Zuckerberg showed these prototype headsets to build support for his $10 billion metaverse bet
London Underground workers vote to strike again in coming months
Crypto lending firm Celsius asks users for more time to fix issues after halting withdrawals
How much money do gas tax holidays actually save drivers? What we know, based on 3 states that put temporary suspensions in place
Will others follow Tory chairman out of the door?