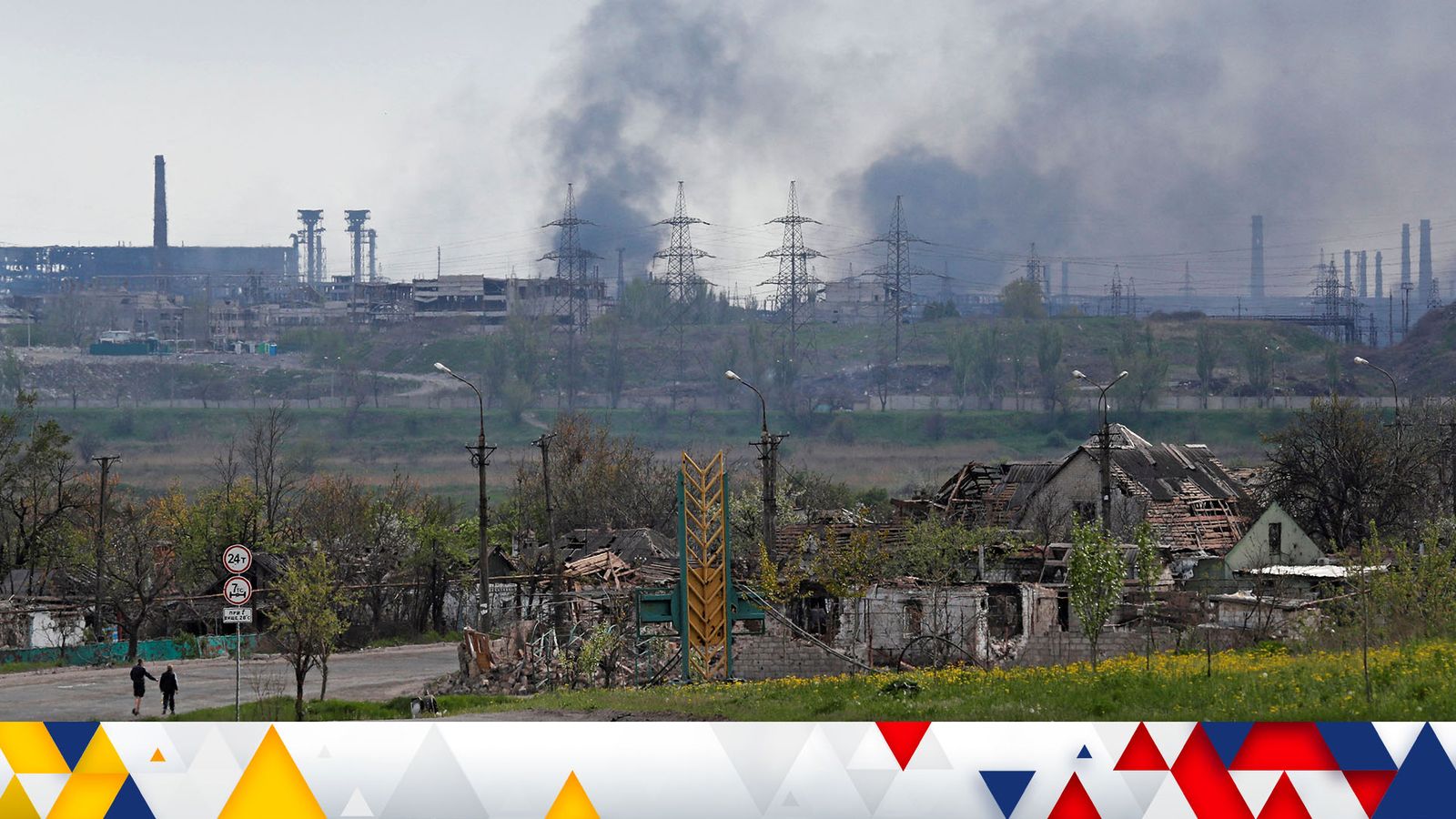 More than 300 civilians were evacuated from the ruined Ukrainian port city of Mariupol and the surrounding areas on Wednesday, the Red Cross has said.

This includes “several dozen civilians” who left the besieged Azovstal steel plant and reached Zaporizhzhia during a five-day safe passage operation, the charity said in a statement.

“We are relieved that more lives have been spared,” said Pascal Hundt, the ICRC’s head of delegation in Ukraine. “We welcome the renewed efforts of the parties with regards to safe passage operations. They remain crucial and urgent in light of the immense suffering of the civilians.”

Russian forces have begun storming the steel mill containing the last pocket of resistance in Mariupol.

In a video posted on Wednesday, Denys Prokopenko, commander of the Ukrainian Azov regiment, said the incursions had continued for a second day “and there are heavy, bloody battles”. 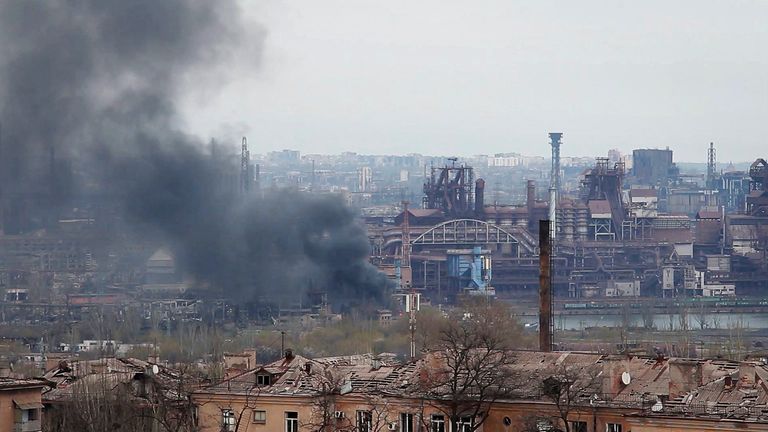 As the first convoy of civilians escape Mariupol, worries remain for those left behind as Russian forces step up their assault.


Azovstal remains one of the biggest hubs of Ukrainian military resistance and has been subjected to massive Russian aerial bombardments and shelling.

It comes as Russia’s military said it would open humanitarian corridors from the steel plant for the next three days to allow civilians to leave the facility.

In an online posting, the military said the corridors would be open from 8am to 6pm local time.

During this period Russian forces would cease any military activity and withdraw units to a safe distance, it said.

Other key developments
• Oil prices jumped following the proposed EU ban on Russian oil imports
• US President Biden said he would speak with leaders from the G7 advanced economies this week about more sanctions on Russia
• The United States has provided intelligence that has helped Ukrainian forces kill about 12 Russian generals, the New York Times reports
• The armed forces of Ukraine’s neighbour Belarus began sudden large-scale drills to test their combat readiness.

One woman said the assault on Azovstal began “as soon as we were brought out” of the plant in the besieged city.

Another spoke of the “animal fear” she felt when the building she was in was hit by a bomb.

The Soviet-era plant had become a symbol of Ukrainian resistance and defiance.

Ukrainian President Volodymyr Zelenskyy had said that by storming it, Russian forces had violated agreements for safe evacuations.

And in his nightly video address on Wednesday, responding to the latest strikes on the plant he said: “All of these crimes will be answered, legally and quite practically – on the battlefield.”

The UK’s Ministry of Defence, in its latest intelligence update, said Russia had deployed 22 battalion tactical groups near the city of Izium in an “attempt to advance along the northern axis of the Donbas”.

It added: “Despite struggling to break through Ukrainian defences and build momentum, Russia highly likely intends to proceed beyond Izium to capture the cities of Kramatorsk and Severodonetsk.

“Capturing these locations would consolidate Russian military control of the northeastern Donbas and provide a staging point for their efforts to cut off Ukrainian forces in the region.”

“The Russians knew exactly where to aim – the workers just finished their shift and were waiting for a bus at a bus stop to take them home,” Kyrylenko wrote in a Telegram post, adding the move was “another cynical crime by Russians on our land”.

Explosions were also heard in Lviv, in western Ukraine, near the Polish border.

The strikes damaged three power substations, knocking out electricity in parts of the city and disrupting the water supply, the mayor said.

Lviv has been a gateway for NATO-supplied weapons and a haven for those fleeing the fighting in the east.

A rocket also struck an infrastructure facility in a mountainous area in Transcarpathia, a region in far western Ukraine that borders Poland, Hungary, Romania and Slovakia, authorities said.

There was no immediate word of any casualties.

In its latest military intelligence update, the UK’s Ministry of Defence has said Russia is continuing to strike non-military targets.

These include residential properties, schools, hospitals and transport hubs.

The MoD said this showed Russia’s “willingness to target civilian infrastructure in an attempt to weaken Ukrainian resolve”.

It added: “The continued targeting of key cities such as Odesa, Kherson and Mariupol highlights their desire to fully control access to the Black Sea, which would enable them to control Ukraine’s sea lines of communication, negatively impacting their economy.”