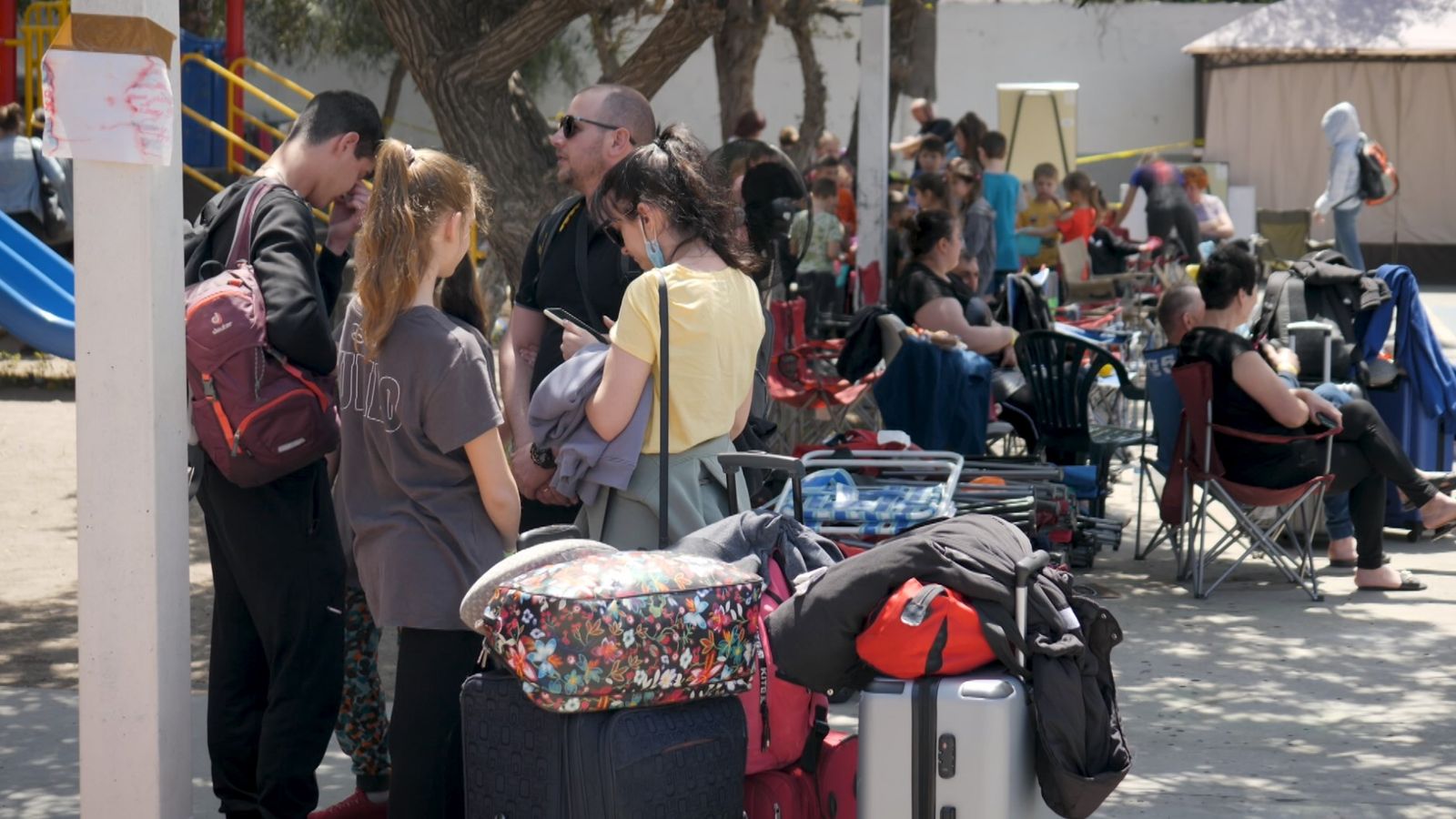 From the playground of the Benito Juarez sports centre in Tijuana, you can see American soil.

An imposing rust-brown border fence stands between those on this side and the promise of the United States on the other.

It is the lure of one of the world’s busiest border crossings that has drawn thousands of Ukrainians to Tijuana.

Able to fly visa-free to Mexico, it was one popular route out of the war zone at home.

Live updates on the war in Ukraine

But, after thousands were allowed to pass through into the United States in recent weeks, the rules changed last weekend.

Ukrainians must now apply through an official US programme offering sanctuary.

It has left an unknown number of refugees in limbo in Mexico, facing hundreds of more miles of travel, uncertainty over whether they will be accepted, and more of the despair that has marked their lives for weeks.

Even the temporary shelter at the Benito Juarez sports centre, where a hundred or so refugees remain, is closing for good this weekend.

They were gathered together for an announcement this week. The hope draining from their faces as they were told there would be no crossing into America from here.

“I am in a state of shock. We are crushed,” said Oksana after hearing the news.

She sits on a bunk bed with her seven-year-old twins Kira and Zlate, the girls wearing matching tracksuits, their hair bundled up in bright yellow towels.

They fled Ukraine, leaving Oksana’s husband and son behind, and hoped to reach the US through Tijuana.

“A lot of people have the same problem as us, but we just don’t know what we will do next,” Oksana added.

At least they can feel safe here, she said. “The children don’t have to hear the sirens, they’re not having to go to bed in their clothes because they don’t know what will happen at night.”

For Alina, Mexico is the fifth country in which she has set up a temporary home since leaving Ukraine a month ago.

“You never know what to expect in each new place,” she said.

With the latest setback here, can she feel hope?

“You can’t start your life again. I don’t know how to do that.”

What strikes her most is the children she sees playing war these days.

They pretend to fight with things like “Javelins”, she says, they know the names of the real weapons of the war at home.

The horrors will be forever a part of their lives.