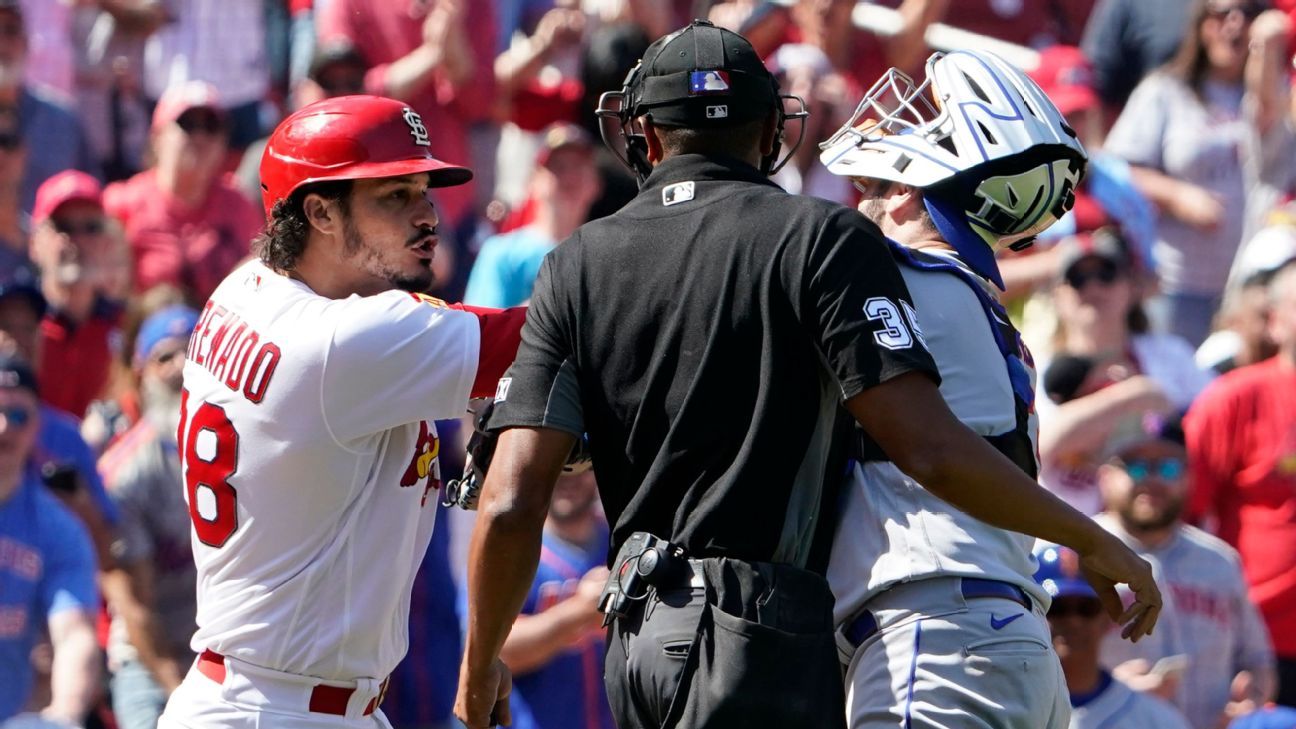 St. Louis Cardinals third baseman Nolan Arenado and pitcher Genesis Cabrera have each received suspensions from Major League Baseball for their roles in the benches-clearing brawl in their 10-5 win Wednesday over the New York Mets at Busch Stadium.

Arenado received a two-game suspension for “contributing to the incitement of the incident,” the league announced Thursday, while Cabrera received a one-game suspension. Both were also fined an undisclosed amount and will serve the suspensions for Thursday night’s game unless they appeal.

Cabrera hit Mets hitter J.D. Davis with a pitch in the top of the eighth inning, the major league-leading 19th hit-by-pitch for the Mets this season. It came one day after St. Louis hit three Mets batters with pitches Tuesday night.

New York appeared to retaliate a half-inning later against Arenado when Mets reliever Yoan Lopez zipped a 94 mph fastball near his head. Arenado began yelling for Lopez to “do it again.” The benches and bullpens cleared, and the teams pushed and shoved near home plate.

Lopez also received an undisclosed fine for his role in the incident, while two other players — Cardinals pitcher Jack Flaherty and Mets pitcher Taijuan Walker — were fined for joining the benches-clearing brawl while being on the injured list.